One thing at SDCC is that you never know what to expect. Seriously.

Friday at FOX was the Teen Wolf signing. The cast was there signing a rad poster. Sadly, in the morning, everything was gone before we had a chance to get through the line to try.

So, we tried to get in on standby, which was virtually impossible this year. But try and try we must.

Suddenly Susan, Billy Beer and myself fought through the crowds of crying tweens and obsessed little girls. Hey listen, Teen Wolf is a damn good show and it’s only getting better and better every season. What can you do right?
As luck would have it, there’s a little extra time for standby people! Sweet! The pushing and shoving commences, Star Trek cosplayers attack the crowd like a Gorn is going to eat their faces, yep it was madness. Still we held out hope.

Then, as almost all hope was lost, we were handed the laminate golden ticket! 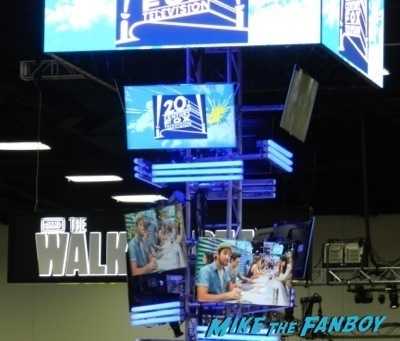 We raced to the FOX booth and got in our line. 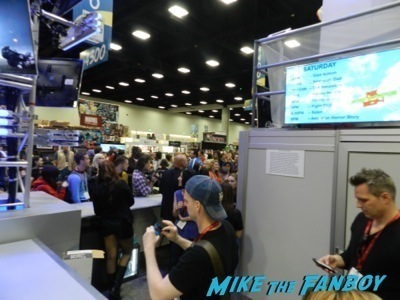 But… You should never celebrate too soon… As it turns out, we weren’t in the clear. Doh!
One person in front of Susan… They literally ran out of posters. Like, none… Gone, everything including the
allotment that they giveaway with the DVD when purchased was swept away.

So, we were told since there were only seven of us left, that we could walk by and say hi to the cast.

In an act of desperation, I say, “Can we buy a DVD and get that signed?”

They were like… “yeah” so the awesome guy at the FOX booth runs to get us some DVD covers really fast, just as another guy found three posters (some were slightly dinged) but beggars can’t be choosers. 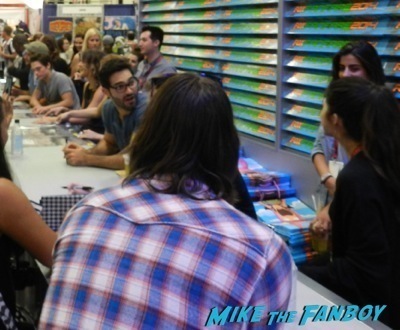 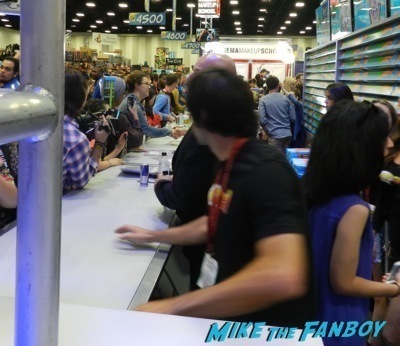 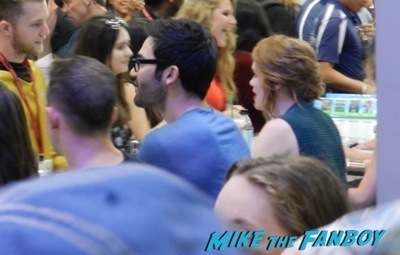 The cast was as always super nice! 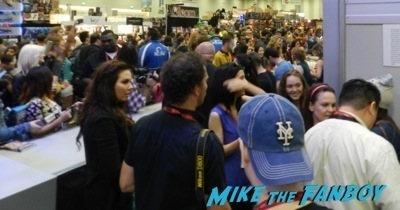 Tyler Hoechlin was super nice, making sure everyone got a quick moment. I told him Derek was my favorite on the show, which he is, cause hello… Derek rocks! 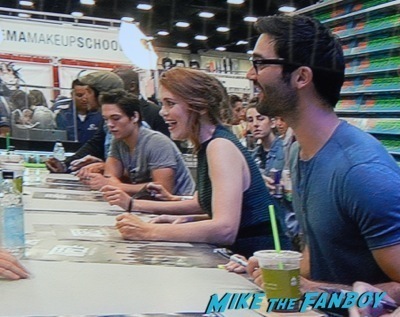 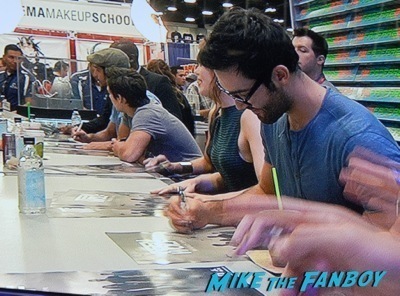 Holland Roden was adorable, and we talked for a hot second about how the show has been getting better season by season, Tyler Posey was awesome as usual. Super outgoing and cool. 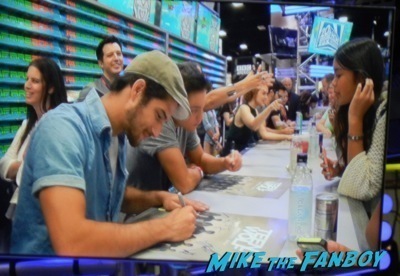 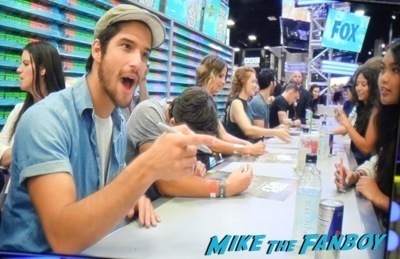 It was a super short encounter with each one, but great to be able to get in and scrape up a poster as well! 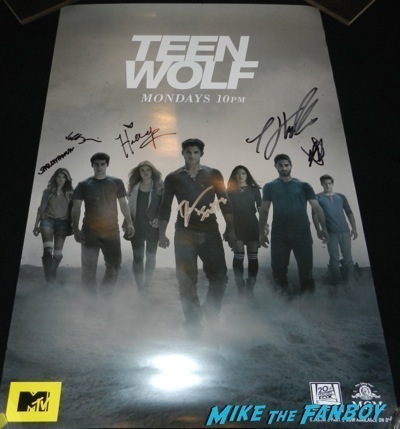