In a word… Alphas! Whether you are already an Alpha, becoming an Alpha, or just a regular guy, season 3 of Teen Wolf is about one thing. That and a Druid witch killing off people possibly randomly. And here, when I went to high school it was all about crushes, homework and drama club. I had it easy.

It’s easy to dismiss a television show like Teen Wolf, it takes place in high school, it airs on MTV, in fact every time I bring it up, someone rolls their eyes at me. But I’m telling you, the series is addicting and coming into it’s own. Season 3 part 1 has just been released on DVD an honestly, if you give it a chance this show just might be your new guilty pleasure. 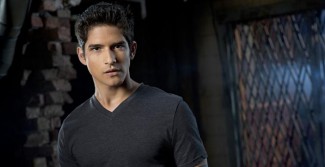 Roughly four months have passed since the end of season 2, Scott (Tyler Posey) and his crew are juniors in high school and he’s still on the outs with Allison (Crystal Reed). Her werewolf hunting family having given up the trade but really can you ever give up werewolf hunting? Lydia (Holland Roden) is dealing with a broken heart since Jackson (Colton Haynes) turned into a lizard creature last season and not apparently is in London (or on Arrow). Stiles (Dylan O’Brien) not content with being the best friend is playing detective and trying to figure out the pattern with a rash of murders that are taking place. 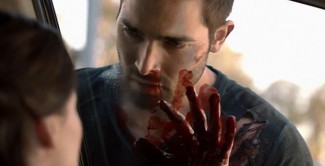 But again, this season… It’s about Alphas. And entire gang of Alphas to be exact, led by the blind and menacing Deucalion (Gideon Emery) who wants Derek (Tyler Hoechlin) to join his Alpha pack. The Alpha pack threatens to kill everyone of Derek’s current pack so he has no choice.

Oh, and don’t forget about that evil Druid witch, the rash of murders, and general teen angst. Whew. 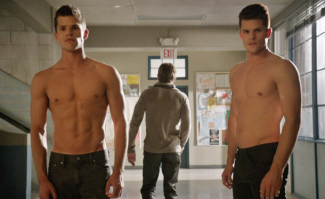 It’s amazing that everything actually ties together and to great effect! Relationships are changed, enemies become friends, and there is even real loss. Several new characters join the rotating cast this season including Max and Charlie Carver as twin alphas who can morph into one (very) big werewolf. 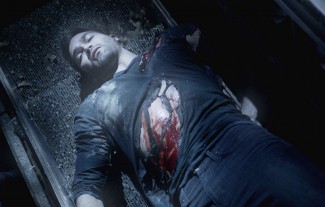 As the characters in Teen Wolf are growing so too are the actors in their roles. Holland Roden is such a treat as Lydia. She does a fantastic job of playing the “Cordelia” role but with more heart and a true love of her friendship with Allison. I like the clever way that small hints are dropped between Lydia and Styles and the producers willingness to let their relationship simmer as opposed to throwing them together really fast. 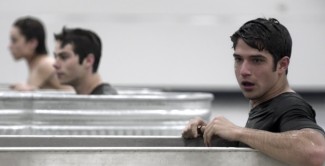 Speaking of Styles, Dylan O’Brien has become the true standout of the series. Styles could have easily been the mortal best friend role and “the one in peril” but this season especially he’s allowed to really dig in and show the heart and fortitude that Stiles has inside him. I think it’s especially interesting because Stiles is one of the few characters who doesn’t have supernatural posters, and yet he’s the one most willing to get his hands dirty when push comes to shove. 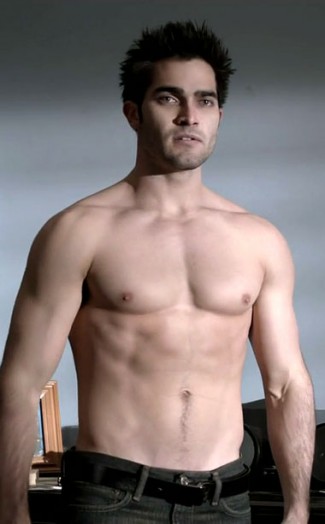 But you can’t have Teen Wolf without the… Well… Teen Wolf. Tyler Posey does a great job as Scott, and uses his effortless everyman charm to even better effect than in past seasons. Plus, I really liked the idea of the tattoo and “marks” that are constant this season. You might want to check out my interview with the cast of Teen Wolf from Wondercon earlier this year as well.

Teen Wolf Season 3 part 1 includes the bonus features Return of the shirtless montage (really, what would a Teen Wolf DVD set be without it!), deleted scenes, gag reel and a fun Back to the Pack featurette. 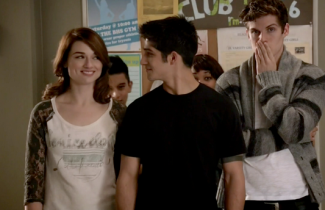 Even with this season being split it really feels contained within the 12 episodes included in the set, so it’s almost like the whole of season 3 is like two separate mini seasons with a constant thread between them.

Again, if you can give it a chance, Teen Wolf is one series that may surprise you with how good it actually is. I’m looking forward to seeing the rest of season 3 and beyond, because if part 1 is any indication we’re all in for one hell of a ride!

Teen Wolf season 3 part 1 is out now on DVD! 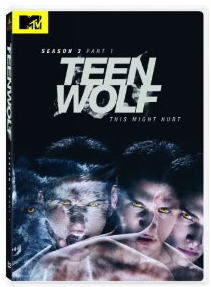