Anna headed out to the Australian premiere of Teenage Mutant Ninja Turtles and had an amazing time! She was able to meet not only Will Arnett but also… Megan Fox!

She sent in an awesome recap! Check it out below!

The Australian Premiere of the Teenage Mutant Ninja Turtles Movie was held at Hoyts, Entertainment Quarter in Sydney yesterday afternoon. In attendance was Megan Fox, Will Arnett and the producers Brad Fuller and Andrew Form. I had also purchased tickets to the movie. But first I had to make sure I got my stuff signed and photos with Megan & Will and luckily I was successful in my mission! 😀 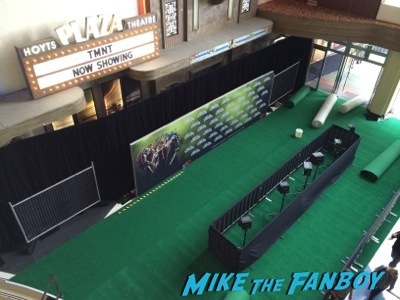 The premiere was supposed to start kicking off at 2:30pm with the movie starting at 3:15pm.I found a spot at the end of the green carpet as the entire section at the front, in front of the media, was just for competition winners. I was surprised at the turn-out as I thought it would be extremely packed due to Megan Fox and the TMNT franchise.

If anyone arrived, I had no idea as I couldn’t see but also didn’t hear any cheering or screaming. It was only when I was on social media that I knew Will Arnett had arrived and was doing interviews around 2.45pm. Will greeted the competition winners with signing autographs and takings photos in between interviews. 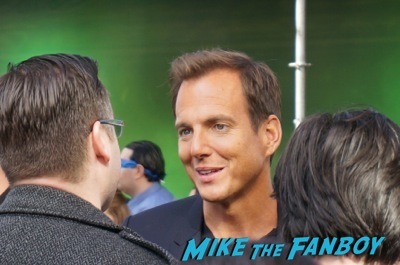 When he was finished with all interviews, he covered all the rest of the carpet, both sides, which was where I was standing. I was able to get a TMNT photo that I had printed off signed by him and a photo with him. 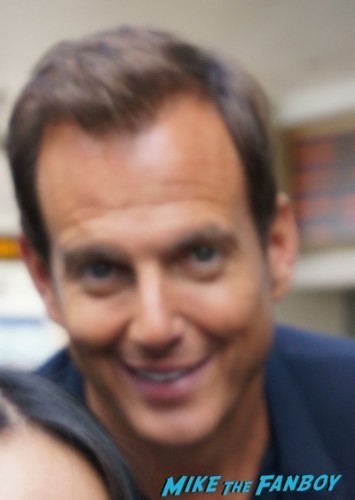 It was getting close to 3pm and I was worried about missing the start of the movie. Megan Fox was still doing interviews at this time. By then my friend had arrived and was helping me take photos. And we made a call to wait until she finished the interviews and see what would happen before going in. 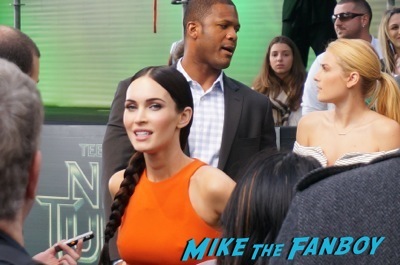 It was a good call to make! After she finished her interviews, she came over to the last bit of the carpet, signing and taking photos with the opposite side first and then my side. I was able to get the same TMNT signed and a quick selfie with Megan. As soon as she came to my side, people were leaning all over me. 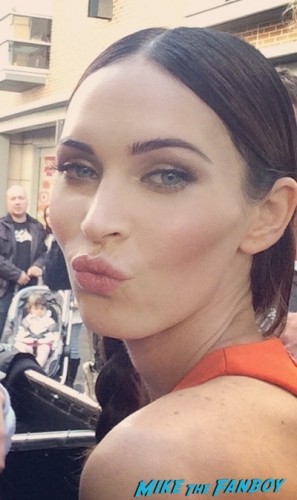 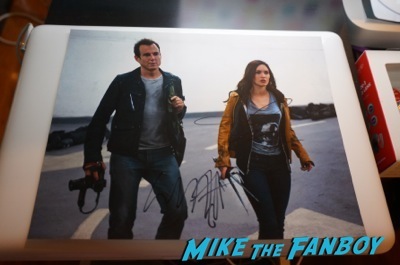 After I got all my stuff together, my friend and I rushed into the cinemas. Luckily, nothing had started yet as they were waiting for stars to introduce the movie. I wasn’t sure if they were going to do that for our cinema as it was sold as special event screening so it was pretty cool!

We got given these cool TMNT 3d glasses with a drink and popcorn. 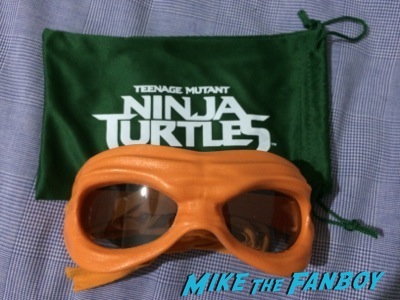 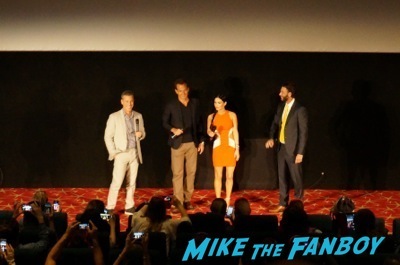 I quite enjoyed the movie, I thought the turtles and the relationship between Vern and April was really funny. I would recommend seeing the movie. Megan and Will were great with the fans, signing and taking photos with everyone who wanted one!