You may have seen Pinky’s top ten celebrities from Sundance 2014, well… With the best comes the worst! Doh! There’s some people on this list that are fairly standard but other’s that are a little shocking. Is the ENTIRE cast of Girls horrible? At least in the USA it seems so. Damn.

Check out Pinky’s full recap below and brace yourselves for some photo craziness!

Hello, my lovelies. Pinky Lovejoy-Coogan here, still ailing (cold, be gone!), but determined to get through these last awards for you. I’m not quite sure how to categorize these for you, as some of these people are always horrible to deal with and some were kind of surprising. Even though I have pictures with several of them from the past, it still shocks me to see them behaving so horribly to fans. And now, in no particular order, we present the Worst Celebs at Sundance this year: 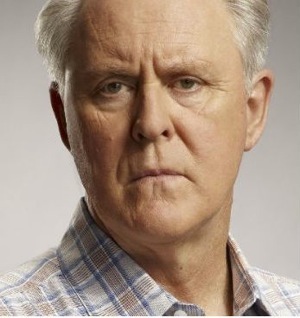 While it’s true many people did, apparently, end up having him be civil at some point, every time we saw John, he went “spontaneously deaf” (my least favorite quality in a celeb). His handler would always say he didn’t have time, despite the fact that other people IN HIS SAME CAST that were going to the same place at the same time (and were walking next to him) would stop for us (thank you, Alfred Molina and Darren Burrows. You’re both class acts). 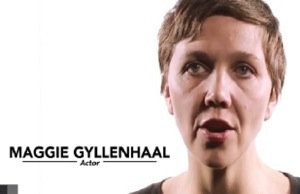 I think Maggie is talented, but she really gives off a b*tchy vibe. My friend was so scared of her this year she finally stopped asking for a picture. Maggie, also, used the “going deaf” route, after using her publicist to yell at everyone that she wouldn’t do pics. 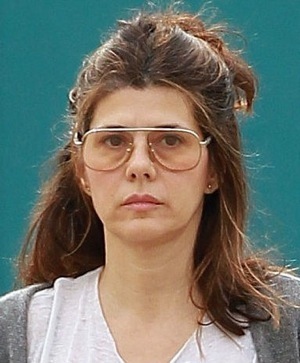 Marisa is notoriously terrible and this year was no exception. In fact, I think she invented the “going deaf” routine, as I’ve seen her use this technique consistently for about ten years. Marisa ignores fans, but will smile for the cameras when she needs to. 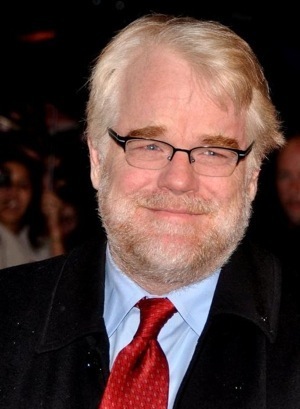 Even when he has time, apparently, Philip doesn’t want to do pictures. I guess it’s not his job, he doesn’t necessarily “have to” do anything, but it sucks when you’re a big fan and really wanted to get that shot. Luckily I got him a long time ago so I’ll never have to ask him again (as it’s painful to watch him shoot everyone down now). 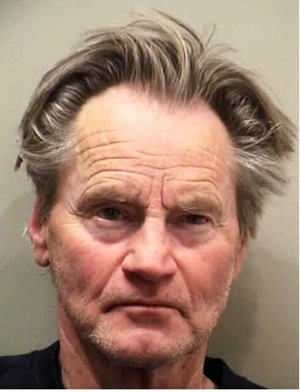 By far the scariest, meanest celeb at Sundance, I’m still frightened after our brief exchange. I think I even addressed him as, “Mr. Shepard” and complimented him on his role in August Osage County….still, he was a mean old guy. 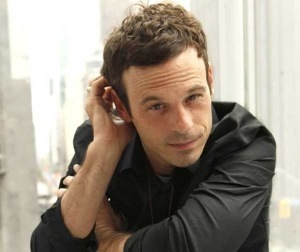 Just so we’re clear, Scoot could also be found in the “I’m Not Sure You Know Who You Are” category. I was really looking forward to meeting Scoot at Sundance after seeing him in 12 Years A Slave, but he was horrible in person. 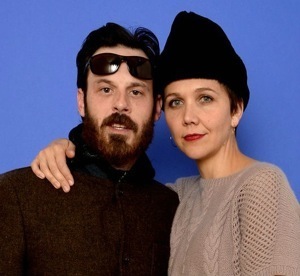 Not only did he “go deaf,” but he looked super mean while doing so. I’m embarrassed to admit that it’s my one “forced” photo opp (something I’m strongly against doing, but I did it just to try and show what was happening at the time).

As you can see from the picture, Scoot definitely hates me. 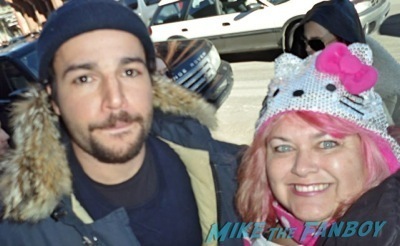 Christopher Abbot was another person I was super excited about seeing, as he was one of my faves on Girls. In person, however, he was a Grumpy Gus. Sure, he’ll do the picture if you ask, but not happily. I mean, look how pissed off he looks. I think he might punch me. Oddly, he walked up and down Main Street for days, which is something you’d think someone would avoid if they didn’t want to see any fans. He still gets points for “doing it” though, since he just as easily could’ve said no. 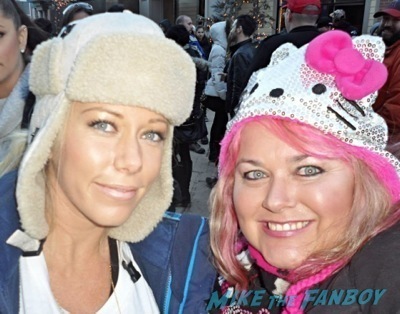 I’ve met Kendra before and found her to be lovely. This experience, however, was quite different, as she was hitting up various gifting suites, but didn’t want people to talk to her and/or touch her. As she’s preggers (and just from a common decency standpoint) I can totally understand the touching thing, but asking people not to talk to you is crazy. You’re a public figure in a fan-centric place and to expect not to be addressed? Again, she did do it begrudgingly (and barely – it was a hard picture to get), but her attitude (and the attitude from her handler) was pretty gross. Hopefully it was just due to the circumstances of the day – I’m willing to give her a pass because: A) she did it and B) I’ve seen her be awesome before. 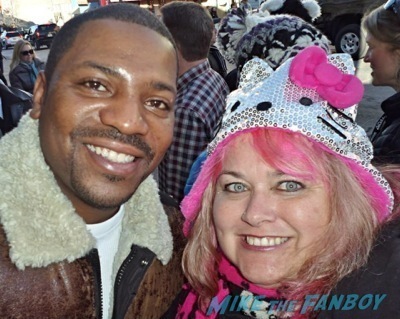 We had a really good experience with Mekhi last year, so I was disheartened to see him hesitate and debate whether or not to take a picture this year. I LOVED ER, so meeting him initially was great. I just wish he continued to be as nice as he was before. 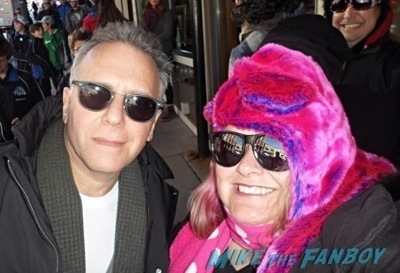 Another person who should get off Main Street if he hates to be bothered, Paul Reiser was up and down the street all day every day. Yet, if you asked him for a picture, you needed to, “Make it quick.” I understand celebs all seem to have tight schedules and places to go, but then shouldn’t they drive places and not leisurely walk up and down a central street? I’d met him once before and had a similar experience, which saddens me to no end after being a huge fan of Mad About You. I always expected him to be overly nice, not the opposite. Still, he did it, so he gets points for that. Maybe I just saw him on a few bad days? 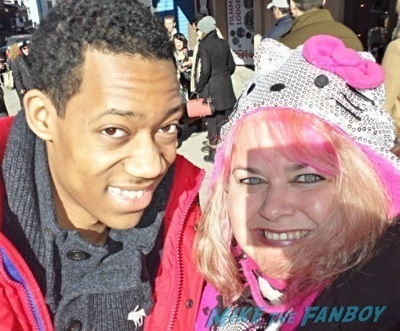 I was shocked by how arrogant Tyler James Williams came across this year at Sundance when I’d met him before and found him to be cool. Perhaps no one has told him that he’s just the kid from Everybody Hates Chris? Maybe he doesn’t know? Of course, he did it, but it looks like it may have hurt him to actually pose for a photo.

SPECIAL ANGRY MENTION: William H. Macy is one of the nicest guys around, but his handler is AWFUL. I literally watched her PUSH people when he agreed to stop and pose. Not cool. Not cool at all.

ONE LAST SAD NOTE: While I had a great experience with Ethan Hawke at Sundance, apparently everyone else had the opposite. He told one person “He didn’t feel like taking pictures” and told my friend she could, “Just f*ing take it then.” She said it was the first time she’d heard a celebrity swear at her before. That makes me super sad.

This concludes this year’s Sundance Awards. Thank you to everyone who participated (or unknowingly participated). For those found on the Worst List, there’s always another day (perhaps next year we can have a “Most Improved” section?). For additional pink fodder, please visit www.pinkylovejoy.com or follow me on Twitter @pinkylovejoy. As always, have a pink day!