Ask me why I thought of doing this for a Throwback Thurs, and I really can’t give you an answer. See don’t you love honesty? This is a fun memory of the time I was able to meet Gwyneth Paltrow. She was really nice and watching Scotty freak out was a lot of fun as well.

Gwyneth Paltrow… I have never had the opportunity to meet her and I’ve always wanted to. Scotty has failed in several attempts over the years.

So, when we found out about a tiny premiere she was going to be at we were excited! I was honestly more excited for Alicia Moore, AKA Pink. I love Pink.. Like love her! Like, I have promo mobiles, a giant The Truth About Love promo sign, counter standees, lenticulars… yeah, I’m a tad cray. It was Alicia Moore’s first movie, so that could be pretty cool.

The movie is called Thanks for Sharing and I admit I hadn’t really heard about it. It was shot in 2012 and only now getting released. 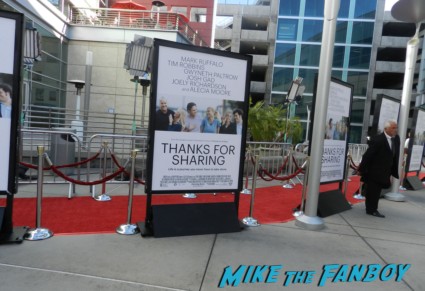 Mark Ruffalo, Tim Robbins, and Almost Famous star Patrick Fugit were also on the line up. This could be good, or horrible. lol…

4:31 p.m. – I arrived and… There was no one here. Just Billy and Scotty. Wow.. Gwyneth Paltrow either isn’t a big draw or people just don’t know about this one. 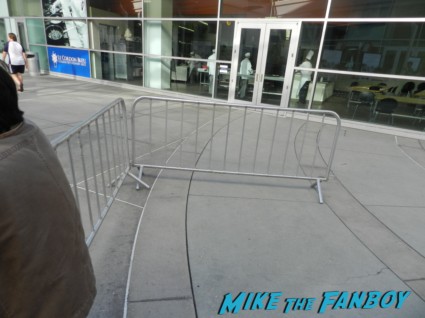 4:39 p.m.- The carpet is pretty basic… Just the poster with a red carpet. It’s very small like I said. 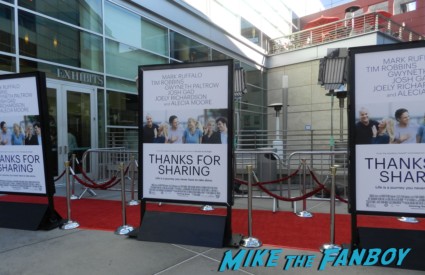 4:43 p.m. – I had Scotty make a sign for P!nk! Swoon… Scotty also has a one sheet poster for Gwyneth Paltrow. He’s a very determined little toaster today. 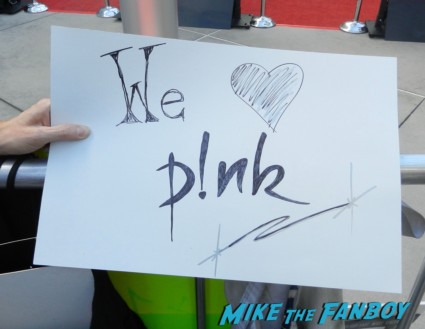 4:59 p.m. – There’s still only a few people here… Man, it’s nuts. I thought there would be way more people. Ace was going to come but he really wanted Malin Akerman and Andy Samberg. 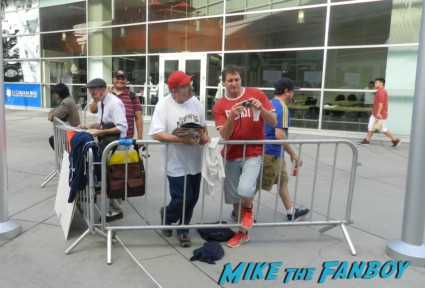 5:13 p.m. – I brought my A View from the Top mini poster for Gwyneth Paltrow and also an Iron Man 3 individual poster as well. I don’t even want to go into all the crap I have for Pink. lol… 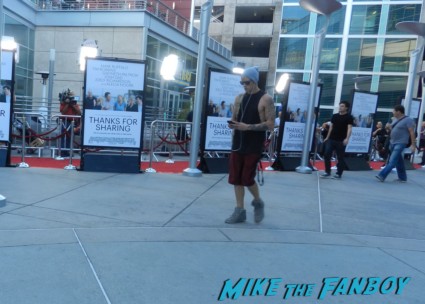 6:34 p.m. – Some girl who looks like Isla Fischer is here. It’s not Isla. More people have shown up as expected. Still, it’s not horrible. 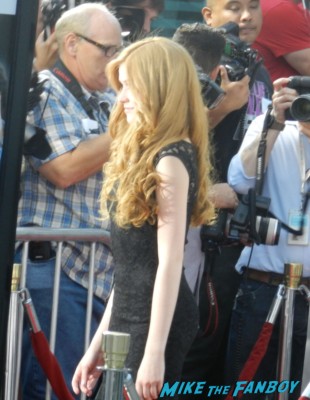 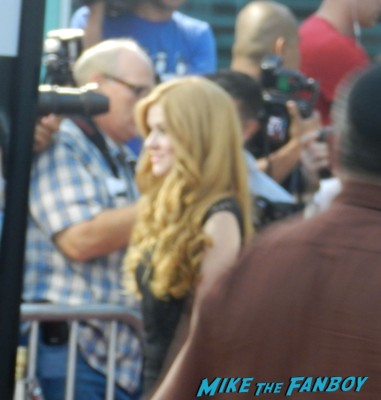 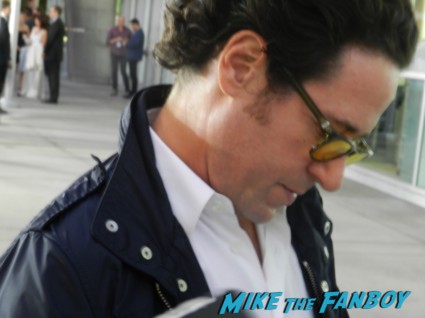 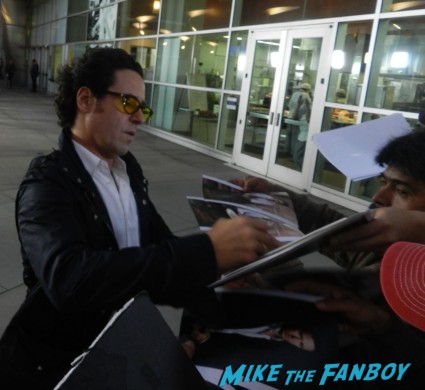 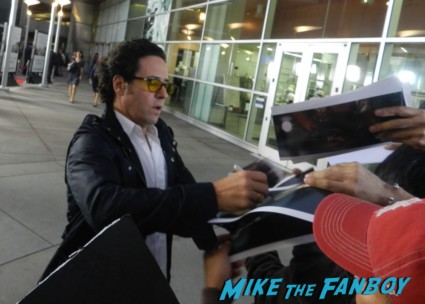 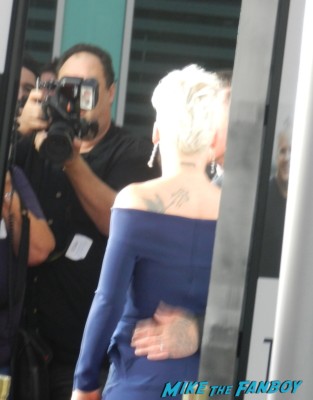 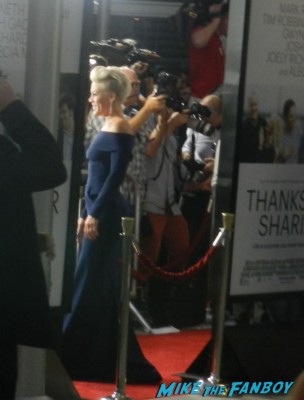 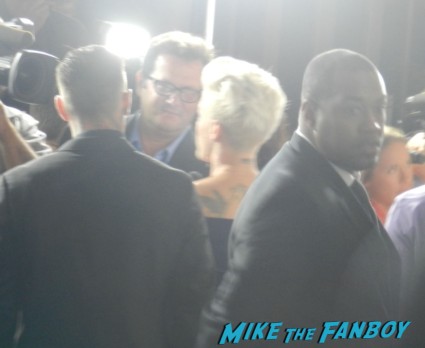 7:25 p.m. – Oh shit! Gwyneth Paltrow is coming over. She starts at the end and starts signing. She then says, “guys calm down, or I’m leaving.” 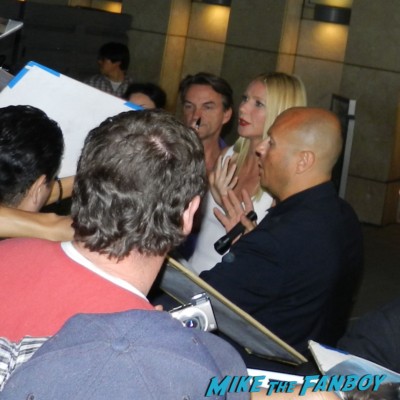 They are trying to keep everything at one each, and she’s moving fairly fast but trying to make sure everyone gets one. She signs Scotty’s one sheet super nice. Like, it’s beautiful and Scotty freaks out a little. lol… 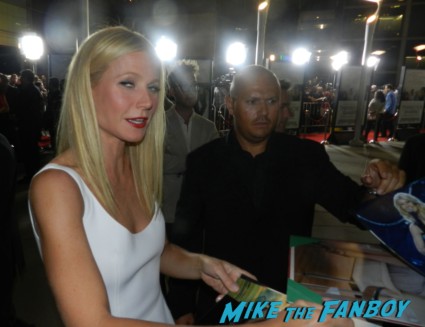 I have my A View From A Top poster and I ask her to sign it. Gwyneth Paltrow says, “Oh no… not that movie!” And both Scotty and I say, “No! We love it!” She still signs it though 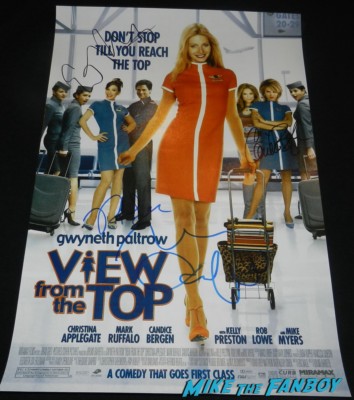 and then Gwyneth Paltrow also signs my Iron Man 3 individual poster as well. 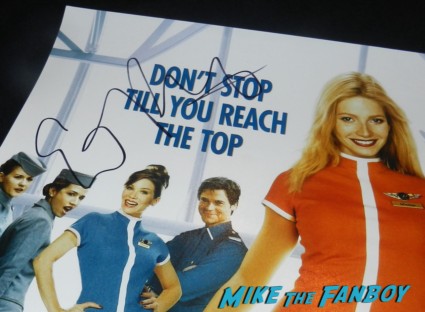 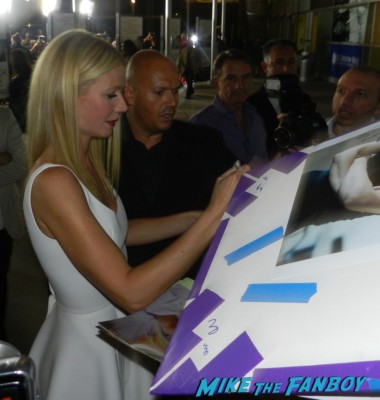 7:28 p.. – We are still yelling for Pink and it looks like she is going to come over at one point but then just goes inside… Not even a wave. 🙁 I’m a little bummed… Okay a lot bummed. I’ve met Pink twice before and she was nice, but I’m surprised she didn’t come over… It’s her first movie after all… Sigh…

7:32 p.m. – Tim Robbins is here and comes on over. He is signing one each down the line. I don’t have anything but I was caught in the crush. 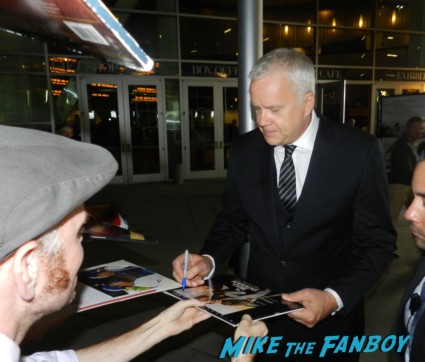 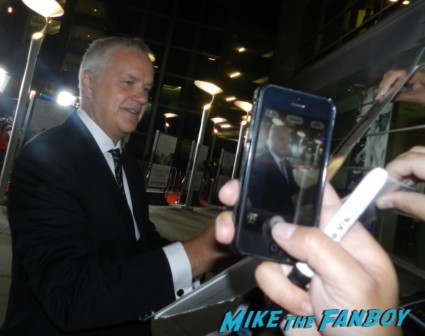 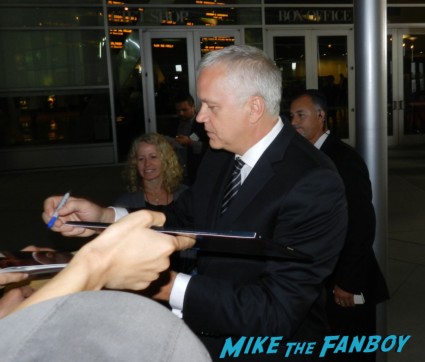 7:38 p.m. – Patrick Fugit came back out to finish a couple interviews and came over. Dude, such a nice guy! 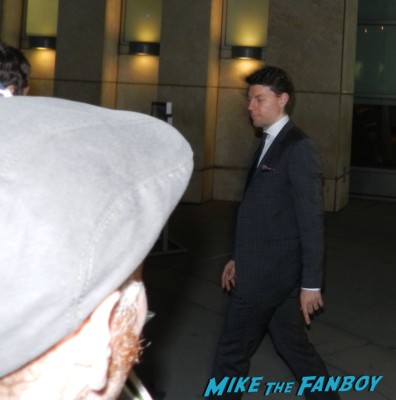 He did photos at the beginning of the line and signed quite a bit. 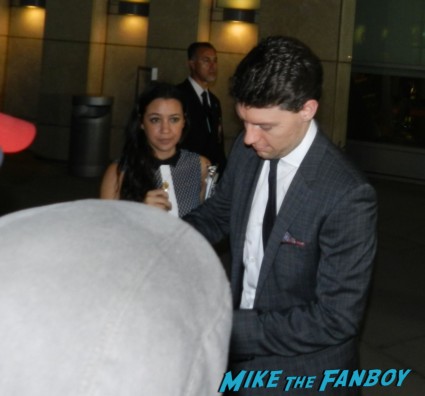 He got stuck on the side and we almost didn’t get him. 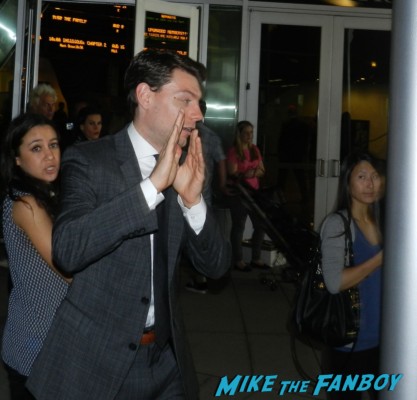 But he signed my We Bought A Zoo mini poster (Thanks Garrick) and my Almost Famous quad poster. 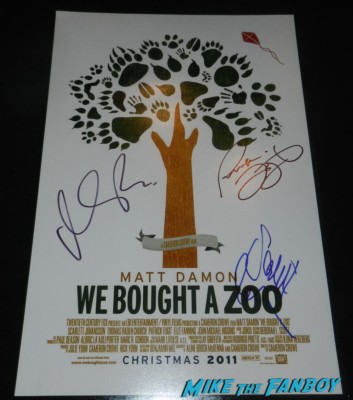 It was a good night getting Gwyneth Paltrow but damn… I can’t help but be bummed about Pink… I love her so much and not having her even wave was rough… And yeah, she heard us… Trust me on that! LOL… 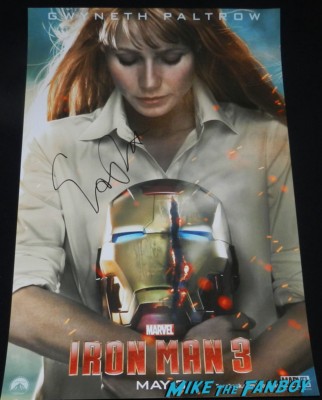 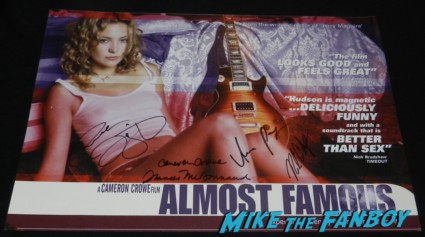