Home / Fanboying! • Marvel • Sexy... damn sexy / The 5 Minute Fanboy! Or How To Meet Hugh Jackman In Under 10 Minutes! Signing Autographs Wolverine Himself! #awesome

I’m sure Billy Beer will have a great report about the Hugh Jackman Walk of Fame star ceremony, I however couldn’t go. Doh! It was a mad day for Wolverine AKA Hugh Jackman and later on he was going to be on a talk show. I wasn’t going to go, then decided at the last minute to do so. I mean… How many times can you meet the man behind Wolverine right?

I decided to head out and join The Other Mike and Scotty who just arrived a few minutes before me. Thankfully they held me a spot in the giant crowd of people… Oh wait, there were only seven people here… What? That’s crazy!

5:41 p.m. – I just arrived. Said hi to OTG John, Scotty, and The Other Mike. I brought a couple mini posters but I really want my Real Steel promo toolbox signed. I know.. I’m insane. 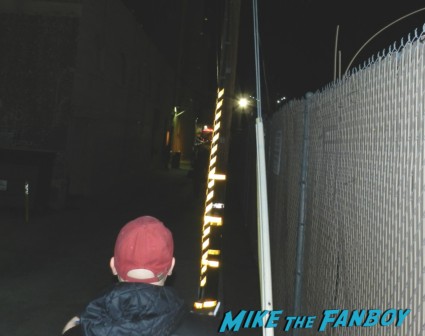 We call out for him and he doesn’t wave or make a motion he walks on over. The Other Mike says, “Holy shit here he comes!” 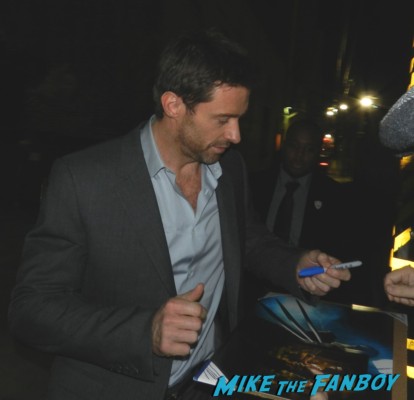 Hugh says, One each guys. The Other Mike asks for a photo and Hugh Jackman says, “Sorry mate, I don’t have time!” 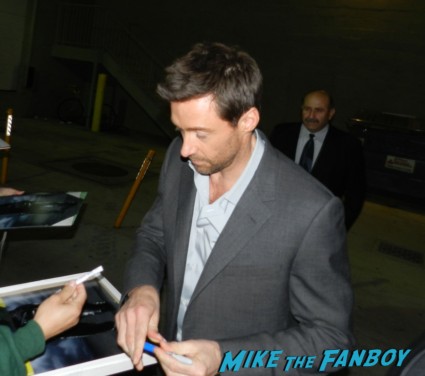 He signs Scotty’s photo, even though Scotty really wanted his magazine signed and then Hugh signs my toolbox… 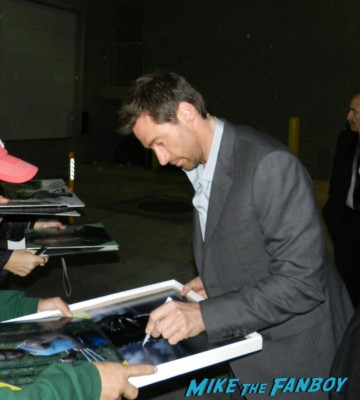 Not a sentence you can say very often, “Hugh Jackman just signed my Toolbox.” LOL… 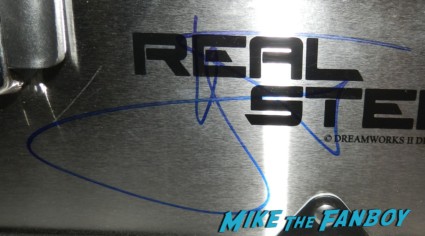 He then went down the line and signed one each for everyone and said, “Thanks guys!” 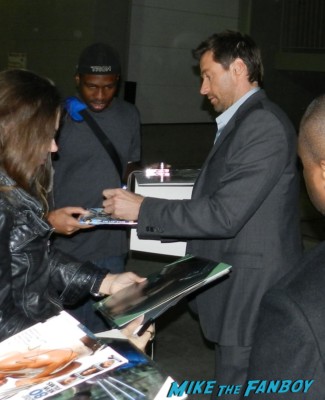 It was so fast, honestly, less than five minutes and I think after we were all in shocked. I could not have timed that any better if I tried. If I found a worse parking spot I would have missed the whole thing! Thank God! 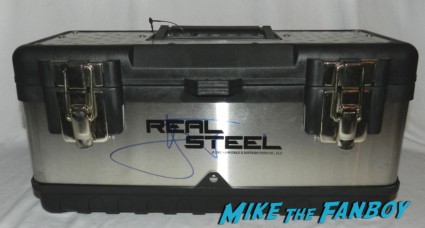