DVD Dave has been counting them down! And we’re already on the letter D! What better way to spend the spookiest month of them all right?

“D” has some great horror films, and with the George Romero movies alone… You could have a great movie night!

Check out the ABC’s Of Sci-Fi Horror below!

Welcome back!  Hope you’ve been enjoying the entries so far!  If you think I overlooked a worthy title let me know.  I might have it signed and just left it out due to the 10 title per letter cap.  If I have it signed I will include it in a future installment.  That said, let’s push onward to letter D in The ABCs of Horror Sci-Fi!

1.  DISTRICT 9:  This film was terrific and I am glad that it led to more work for lead actor Sharlto Copley.  You see, sometimes actors have one great role and then disappear.  Making it nearly impossible to meet them and have them sign an autograph for you.   Luckily, Copley has gone on to star in more high profile films such as Elysium and Maleficent.  More high profile roles = more publicity appearances to promote said roles = more chances to get the graph!  Sharlto signed District 9 for me at one such event couldn’t be any nicer. 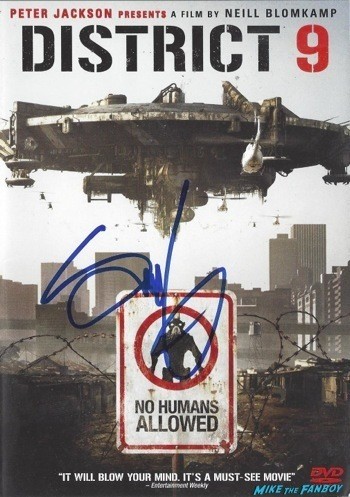 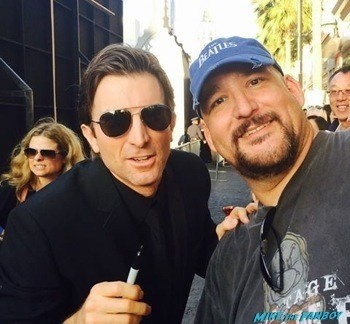 2.  DUNE:  This David Lynch epic has been signed by Lynch as well as Kyle MacLachlan, Sean Young, Virginia Madsen and Brad Douriff. 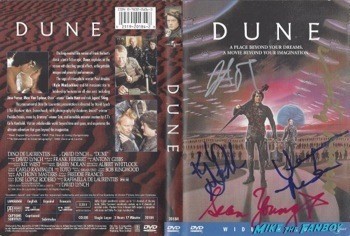 3.  DEADLY FRIEND:  Oft overlooked and under appreciated within the Wes Craven catalogue, “Deadly Friend” is actually a decent film.  Not great, but worth a watch.  It is signed by Craven, composer Charles Bernstein and actress Kristy Swanson.  Kristy is really friendly and loves meeting her fans. 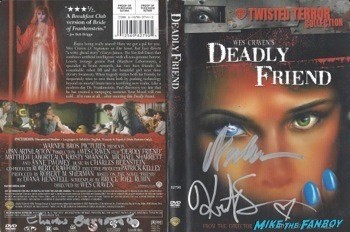 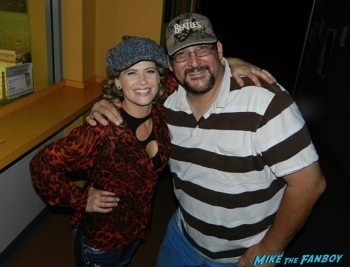 4.  DAY OF THE DEAD:  Up until recently, George Romero had limited his zombie adventures to the classic trilogy…some were decent some were ….well the less said the better.  When “Day of the Dead” was first released I remember being disappointed in it.  It has since grown on me.  The DVD is signed by Romero, Lori Cardille, Joe Pilato, Gary Klor, Anthony DiLeo (under the flap where you can’t see it…sorry!) Howard Sherman, Terry Alexander, Mark Tierno, John Amplas, Mike Trcic and FX guru Greg Nicotero.  I remember clearly getting Greg to sign.  We had both attended a convention back in 2004.  He was on my flight back to California.  I didn’t have him sign at the convention because I had spend more then I originally intended (VERY easy to do when you attend autograph conventions I might add!).  When we were waiting for our baggage to arrive I mustered up the courage to ask him to sign for me.  He was REALLY cool!  He still is to this day.  Unfortunately, getting the kind of signature he gave me that day is impossible now. 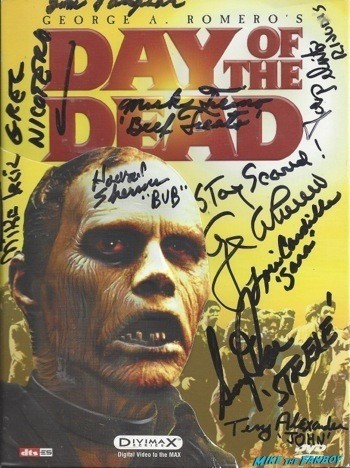 5.  DARK CITY:  I love this movie although many don’t.  Great cast and great story.  I’ve gotten Rufus Seiwell to sign it as well as Kiefer Sutherland and William Hurt.  I could have had this done already but the one time I was able to get a signature from Jennifer Connelly I had her sign “Career Opportunities” and “Requiem for a Dream”.   Would you have chosen differently? 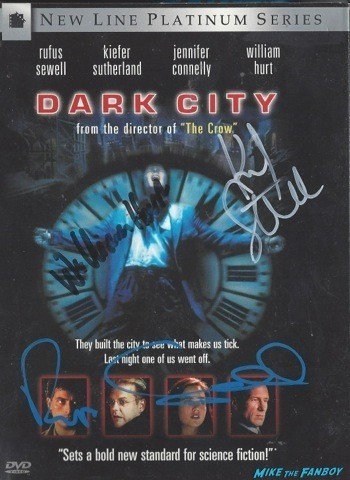 6.  DEMONS/ DEMONS 2:  Anchor Bay is a great company.  It brought rare films to the masses in nice packaging and with great bonus features.  It was the Scream Factory of its day.  This was one of those releases.  Three volumes were released under the Dario Argento Collection, but this is my favorite.  Argento signed it for me at a Los Angeles convention back in 2009.  It was also signed by Lamberto Bava, Coralina Cataldi Tassoni. and Sergio Stivaletti. 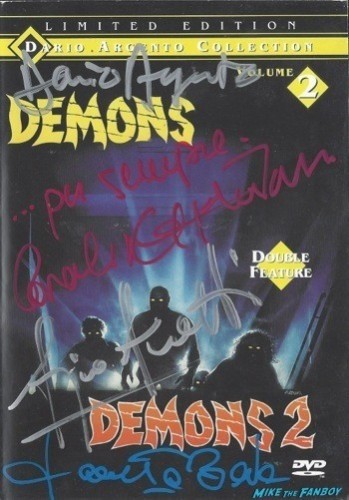 7.  THE DEVIL’S RAIN:  A very trippy movie from 1975.  I include this mainly because it represents for me the only time I ever got William Shatner to sign for free.  Shatner is notorious for not being willing to sign for fans at events.  Why sign when you can hit them up for cash at a Trek convention?  I don’t know if he signed because it was NOT a Star Trek item or if he suddenly realized it’s in his best interest to not be an a*hole to fans ALL the time.  My suggestion is to always bring something that will catch the celeb of guard,  I’m pretty sure celebs get sick of seeing the same item shoved in their face all the time.  Also on the DVD are Tom Skerritt and the great Ernest Borgnine. 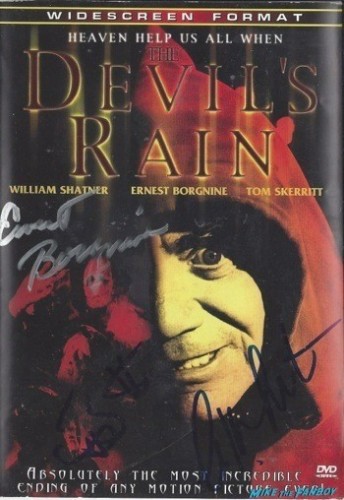 8.  DONNIE DARKO:  Sure I should be happy that I have Richard Kelly, Jake Gyllenhaal, Katherine Ross, James Duval, Stuart Stone, Jolene Purdy, Maggie Gyllenhaal, Mary McDonnell, Jena Malone, Seth Rogen and Noah Wyle.  Hell!  I even got Drew Barrymore to give me a decent signature on it.  Yet, I look at this cover and my eyes wander to the lower left hand corner and I realize an opportunity lost.  “Didn’t you go for Patrick Swayze at the ____?” No.  I DIDN’T!!!!!!!!!!!  If you think this is heartbreaking, remind me to show you my “The Outsiders” DVD sometime.  Let’s move on. 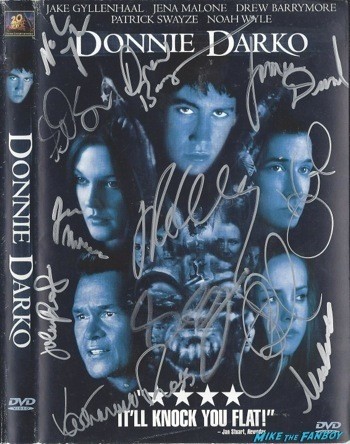 9.  DRESSED TO KILL:  You can never go wrong with classic DePalma.  I would love to meet him some day.  Actors Nancy Allen, Keith Gordon, Angie Dickinson and Michael Caine signed it.  This is the one and only time I have ever gotten Caine to sign for me.  Not the easiest man to get up to.  When I think of getting him to roll down his window after pleading with him to sign I begin to hear slightly altered lyrics of a familiar Madness tune in my head: “And all I wanted was a word or (autograph) to keep”! 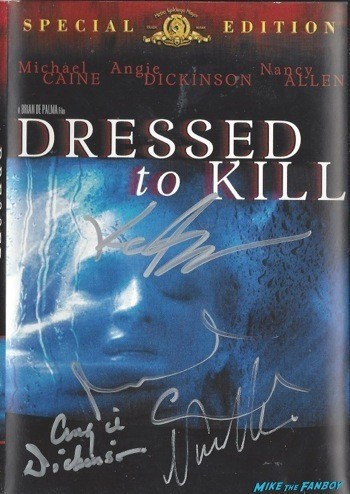 10.  DAWN OF THE DEAD:  This film has a special place in my heart.  As an eight year-old, my parents left me in the care of my cousin one day.  We decided to go to the movies.  Double feature of “Animal House” and “Dawn of the Dead”?  Why not!  That was the best memory of I have of my cousin.  Of course he DID try to do the right thing and cover my preteen eyes from the gore blazing across the screen.  He even walked me out into the lobby at one point in the film.  But I wasn’t having it.  I had tasted the sweet forbidden fruit of horror films and I was addicted.  Sure, other films may be more bloody or violent or vomit-inducing, but this film will always be my go to.  God bless my cousin and God bless George Romero.  How boring my childhood would have been without his films!  I began collecting the zombies on an insert from an earlier DVD release and when I upgraded to the Ultimate Edition I simply kept the card and relocated it into its new home.  The box itself is signed by Romero and the four main leads and the poster zombie.  The card is a who’s who of zombies from the film.  Who could forget Machete Zombie?  Or Escalator Zombie and his better half Nurse Zombie?  Remember Screwdriver Zombie?  How about Hare Krishna Zombie?  Helicopter Zombie you made my cousin walk me out of the film for a moment…congratulations!  I am proud to say I have hung out with Fat Grey-Suited Zombie, Plaid Shirt Zombie and Blonde Zombie.  Even Tom Savini is on my zombie card.   I’d love to think he turned into a zombie himself.  Ah, memories! 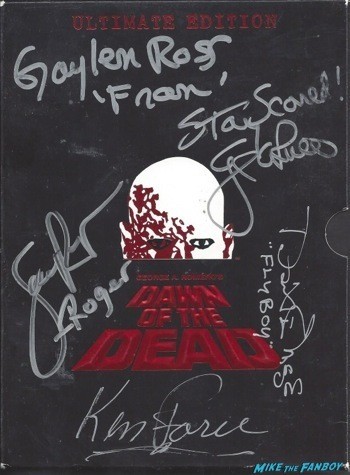 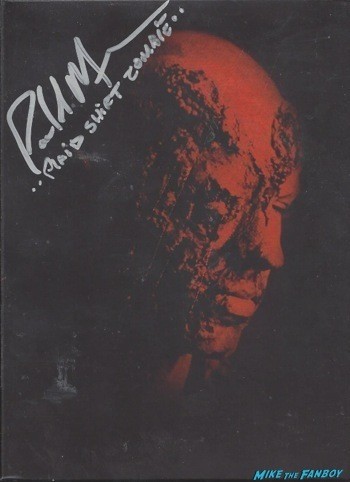 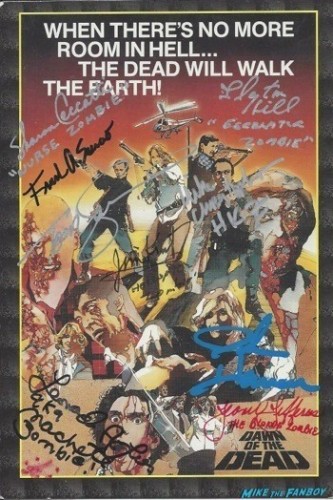 Hope you enjoyed viewing the D’s collection as much as I have had sharing them with you.  Stay tuned, ’cause next time we’re getting Evil!