Hi gang! Hope you enjoyed last entries trip through the letter F. G was a bit of a stretch for me, but you might find one or two titles worth searching out or rediscovering. So let’s get started shall we?

1. GHOST STORY: This is not a typical horror film. It features many golden era actors such as Fred Astaire, Melvyn Douglas, and Douglas Fairbanks Jr. The story revolves around four men that share a deadly secret. A young girl was killed and, years later, she has seemingly returned to get her vengeance. If your taste leans more toward spooky this is one you might like. It was signed by Ken Olin and Alice Krige. 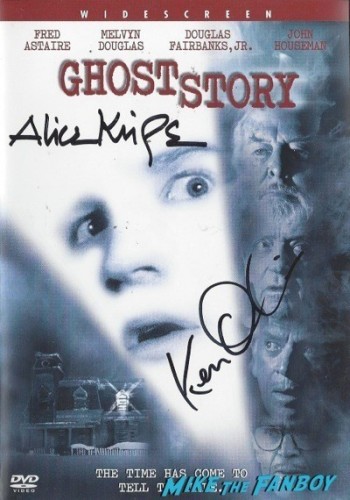 2. THE GUARDIAN: William Friedkin will always be known for “The Exorcist” and rightly so, but “The Guardian” really makes you think twice about who you entrust with your child. The DVD was signed by Mr. Friedkin. 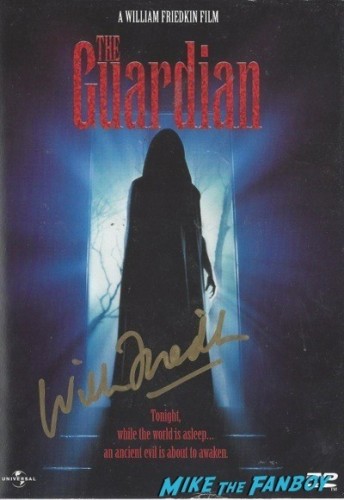 3. GOJIRA (a.k.a. GODZILLA): It is great getting actors or directors from films that are from the 1950’s. I also love it when I get the opportunity to get DVDs signed by foreign actors and directors. Being able get signatures from people who fall under BOTH categories is a rare treat! In 2011, Haruo Takajima (the man in the suit…Godzilla himself! LOL) signed and took a picture with me. Two years later, I was able to get actor Akira Takarada to sign and take a picture with me and the boys. 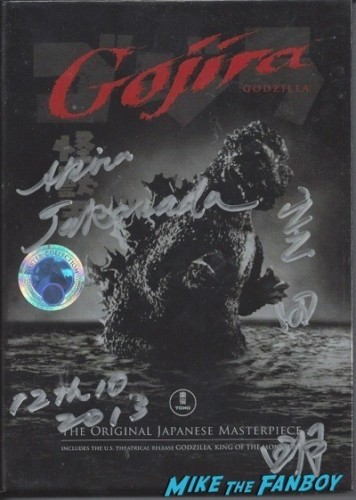 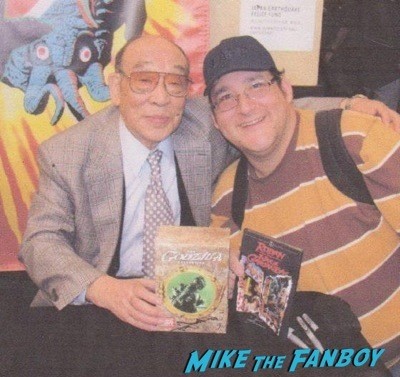 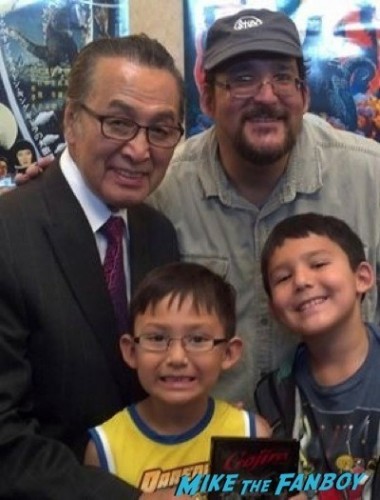 4. THE GRAVES: One of the films under the “8 Films to Die For” banner, “The Graves” is a movie that you might have overlooked but it has a great cast of veteran horror actors. The DVD is signed by Bill (Devil’s Rejects) Moseley, Amanda (Nightmare on Elm Street) Wyss, Clare (Mrs. Robot Chicken) Grant, and Jillian Murray. 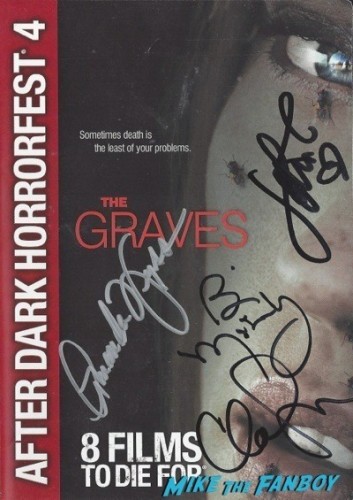 5. GRIMM: This is a television series in which Grimm fairytale monsters live undetected along side of us in the modern world, Undetected by all, that is, except Nick Burkhardt. He is a direct descendant of the Grimms and the creatures of folklore are out to get him. Very entertaining series. It is signed by David Giuntoli, Silas Weir, and Sasha Roiz. 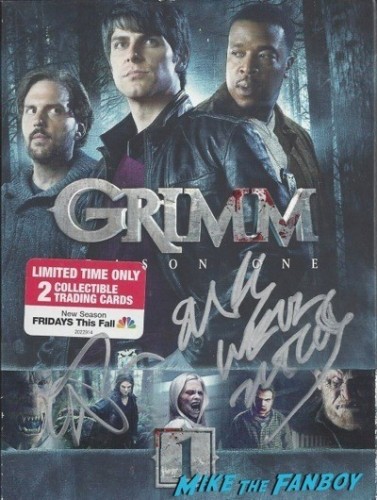 6. THE GRUDGE: Decent remake starring Sarah Michelle Gellar. It is signed by Bill Pullman, Rosa Blasi, director Takashi Shimizu and composer Christopher Young. Maybe some day Gellar will be nice enough to sign it too. NOT holding my breath. 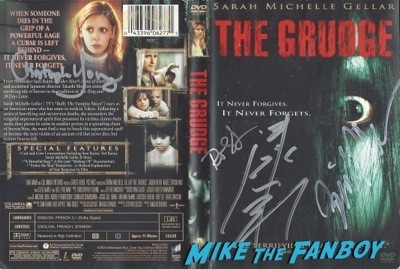 7. THE GOOD SON: Great film starring Macaulay Culkin as a bad ass mofo who secretly wants to kill his family members…including his cousin played by Elijah Wood. This shows what happens to a kid that gets left home alone for too long! It is signed by Elijah. Hoping some day to get Mac to join him, but if I DO get the chance to have Mac sign will I pick this or “Home Alone”? Decisions decisions! 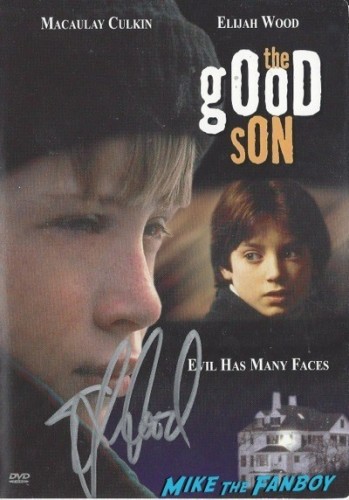 8. GINGER SNAPS: A new take on the traditional werewolf tale, this one features females as the furry fiends..and boy can they be vicious! This film spawned two sequels, but stick with the first and you’ll be okay. DVD was signed by Mimi Rogers and Katharine Isabella. Would love to get Emily Perkins to sign it as well eventually. 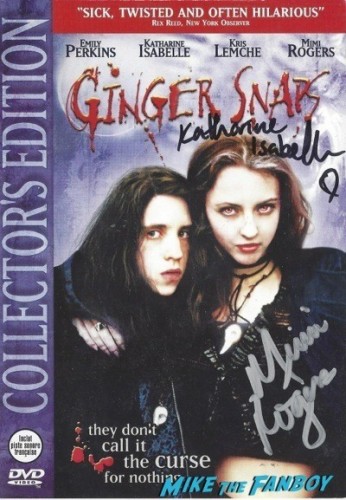 9. GHOSTS OF MARS: Yes, ANOTHER John Carpenter film! My motto is “If they are nice and sign for the fans, support their projects. If they are not nice f*** ’em”. That is why I tend not to purchase or see films in the theatre by actors such as John C. Reilly, Woody Harrelson, or Natalie Portman if I can avoid it. But John Carpenter is a pretty cool cat when it comes to signing for fans. He has been making many more public appearances as of late and, although he doesn’t always sign, it’s worth your time to go see him and try your luck. I haven’t had him sign “Ghosts of Mars” yet, but I probably will next time I get the chance. In the meantime, it has been signed by Natasha Henstridge, Jason Statham, Pam Grier, Clea Duvall and Joanna Cassidy. I have had the worst luck with Ice Cube. I have never gotten him to sign for me! Oh well! 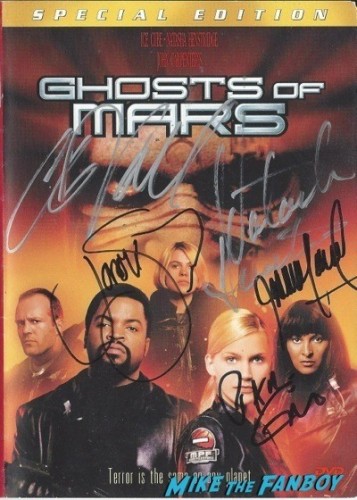 10. GALAXY OF TERROR: This may seem ridiculous to have as my top pick for the letter G, but I have a soft spot in my heart for this movie. As a pre-teen hearing that this gorgeous blonde gets attacked and has her clothes ripped off by a giant bug I was intrigued. I had to see it. Sure enough, there it was! Being a Roger Corman production, you know it is going to steal (or pay homage to) other popular space horror films of the time. I don’t mind. I loved it then and I love it now. I hated Joanie on Happy Days so that was another reason for me to enjoy this film. It has been signed by producer Roger Corman as well as actors Sig Haig, Robert Englund, Erin Moran, Taaffe O’Connell and Grace Zabriskie. So that’s my pick. Just accept it. 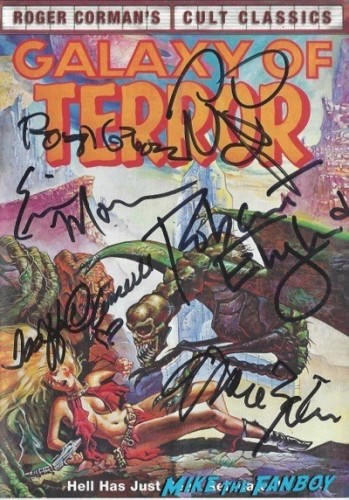 Check in next time for a GREAT entry. The letter H has been very, very, very good to horror. Aside from the obvious entry of “Halloween”, what other films do you think are both great films AND autograph worthy? Let me know in comments which ones you think should be included in H (or for any other upcoming letter for that matter) and you just might see it in a future installment! Till then, don’t eat any suspicious looking candy apples!