There are so many things happening at Comic Con, everywhere you turn there is something new. This year with the overcrowding and influx of panels and signings there have been more and more off site events.

One thing that’s happened this year are fan meet ups. The Lovely Erica was able to check out The Amazing Spider-Man 2 event and even got to see Andrew Garfield and Jamie Foxx! Not too bad!

With space in the convention at a premium, there’s more and more happening offsite. Case in point – The Amazing Spider-Man 2 worked with Tumblr and Entertainment Weekly to celebrate the upcoming film. There were no details on what was included, but it was at a pizza joint so food was probably a good bet. 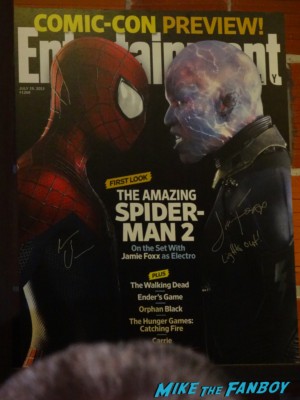 I made my way over to the event with my sisters and got in early enough to grab a great seat in front of the food and in front of what looked like a Q&A. Yeah! There was no way to get to the Sony panel since you needed to get to line at the crack of dawn and spend all day waiting for the panel. This intimate setting is a great way to hear about the film, even if we won’t see the exclusive footage. 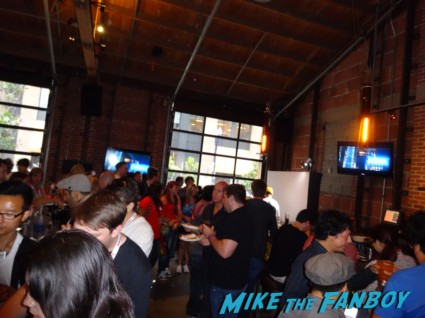 So while we chow down on the tasty and creative pizza (thank you Sony and Entertainment Weekly!). They start to get everything organized and there are 5 chairs set up for a chat. Yeah! 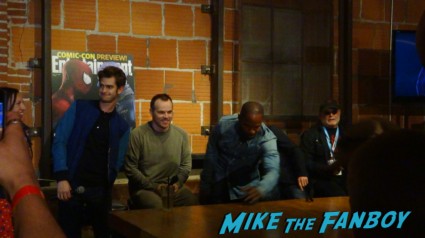 (Quick story: I got into the elevator with Matt and Avi earlier in the day and noticed that Avi was taking a good look at my chest with a smile – and then later realized I was wearing my Tokidoki Spider-Man shirt.)

I have prime seats up front with a perfect view since I’m on a barstool at the perfect angle to see everything – the panelists are sitting on barstools and the attendees are all standing so really only the first row of people can see well. The sound system isn’t very crisp so it sounds like everyone’s under water, but at least I can see… 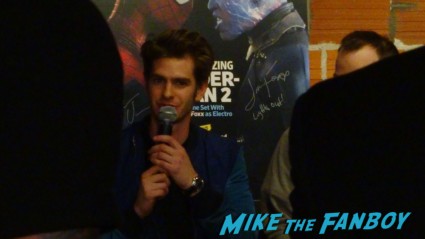 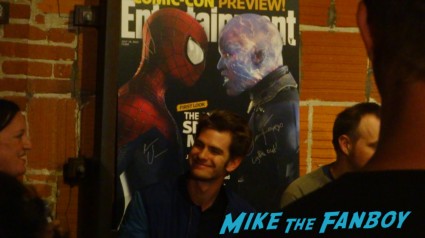 …until the 8 foot security guard steps into place. I assume he’s security since that’s what his shirt says, but he spends the entire panel watching the cast and crew and doesn’t even look at the crowd. Perfect. 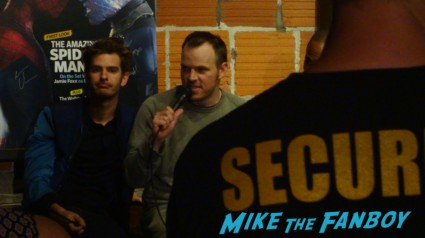 I eventually have to stand up on the barstool and hold the camera over my head to get anything. I give up after a while and apologize to the people behind me for standing up on the stool. They tell me I’m not blocking them since the big tree in front of me is so tall. I start taking cameras from people behind me to try to get them some pictures because I’ve given up on trying to document the chat (sorry!). 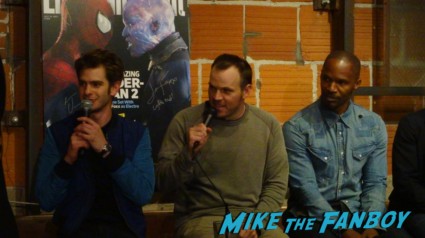 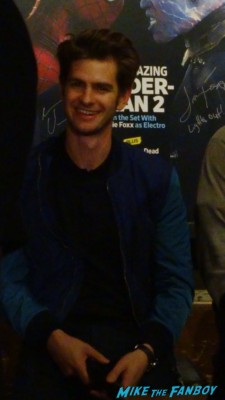 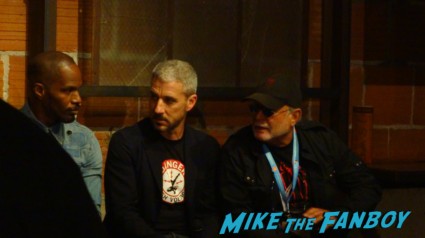 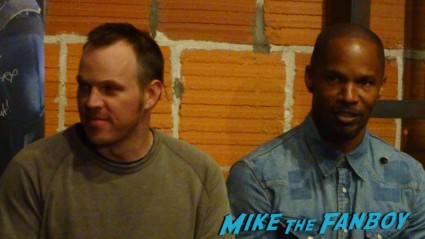 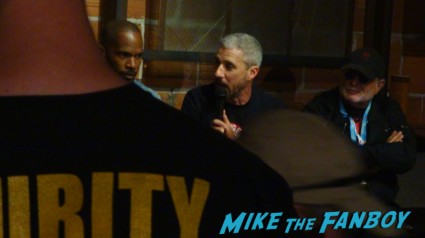 Fun fact – I get passed about 15 cameras – 12 iPhones, 1 Android, I regular camera and an SLR. Guess the iPhone really is the most popular camera…

A little further into the chat, I see that Andrew Garfield must be teething or something since he’s giving the straw from his drink a workout. 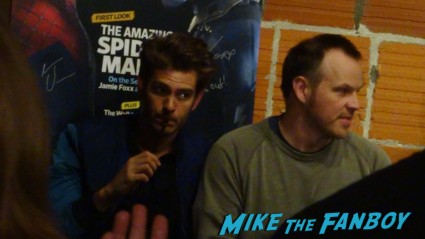