Home / Fanboying! • Q and A / The Americans TV Academy Q And A! With Keri Russell! Matthew Rhys! Autographs! And More!

The Americans just finished it’s second season on FX and the series starring Keri Russell and Matthew Ryes has become a critical and rating hit. The cold war drama is at once exciting and intriguing with a top notch cast and amazing writing. 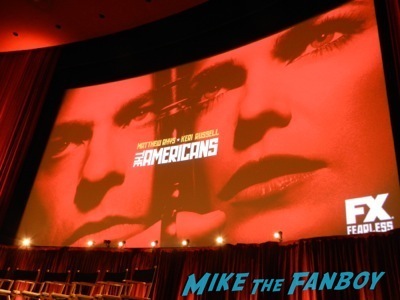 When talking about the series the cast had a lot to say and it’s clear they have a great camaraderie. No pun intended.

“It certainly keeps you on your emotional toes” said Matthew Rhys. 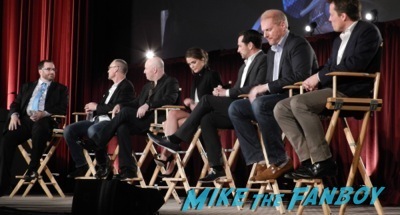 “Challenging and exciting. Always interesting. It’s such an interesting show to work on. Difficult but really just… I’m glad it keeps me interested, I hope it keeps you interested, it’s always ben surprising in a good way.” added Keri Russell. 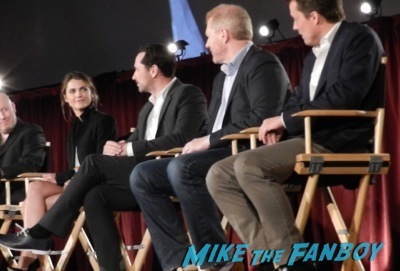 “Striking a balance between the espionage element and the human element and finding where that lands, is a real hats off to everyone. It feels very real, It’s a real testament to succeeding.” Said Matthew Rhys. 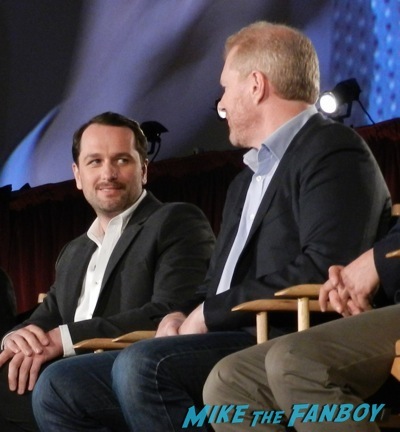 “These are actors who surprise us with deeper interpretation of the words and it takes the pressure off us in a sense.” Said producer Joel Fields, “The actors take moments in different directions than we could have anticipated.” 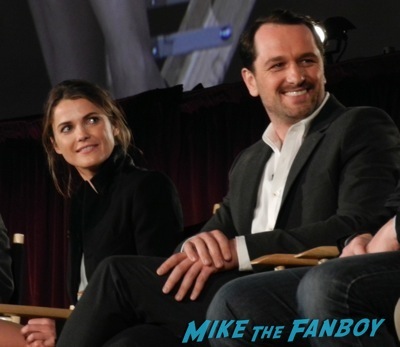 One moment that was particularly funny was when the talk turned to the wigs used in the show.

Did Keri Russell think so much attention would be paid to her hair again?

“No.” Russell added with a laugh, “So we have many many wigs on the show and Peg our lovely hair designer has a wig we call the ‘Felicity’ wig which is a big curly fro. And she kept wanting me to wear it, and I kept saying I don’t want to wear that wig. Every person on the show has a photo in that wig and we have a big wall of everyone wearing the ‘Felicity’ wig.” 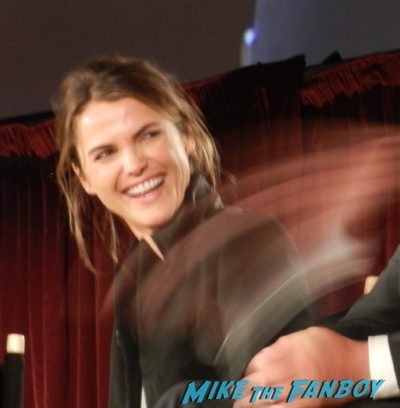 “My favorite wig, I’ve named him Fernando.” said Matthew Rhys, “He has the mustache and I have him coming from Spain and he used to be a Flamenco dancer. He talks like Buzz Lightyear.” 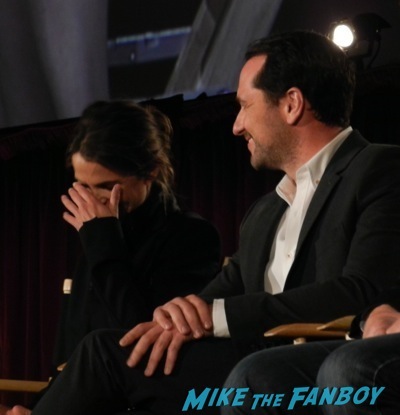 The violence on the series has gone up, does that affect the cast?

“No, it becomes a blur after a while.” Laughed Matthew Rhys, “I think that should be the season 3 arc, the competitive kill rate. How many bullets we each use.” 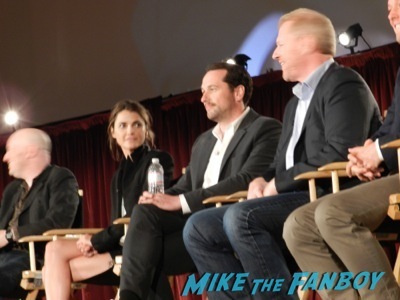 The characters also have a new level of vulnerability this year, in particularly Keri Russell.

“I liked that, I think it was really interesting, and more complicated in the scenes. You know, it’s not as fun to watch someone who’s perfect at everything. It’s more fun to watch someone mess up, which is what I love about the earlier episodes.” Russell said, “It’s such a great, ‘what’s real and what’s not’ you can mess with stuff a little bit. 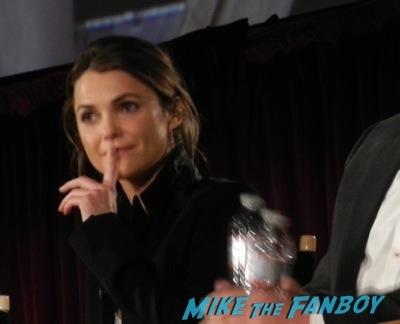 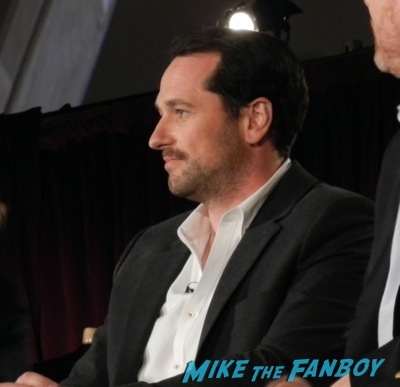 After the panel the cast was amazing. They stayed and greeted the crowd in attendance.

Matthew Rhys waited until the end to make sure everyone who wanted a photo with him got one. Very kind, and I might add super funny in person. 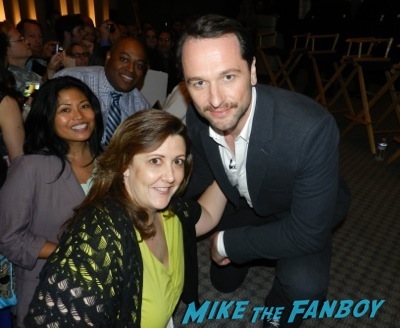 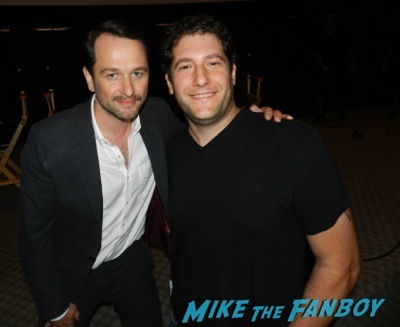 I brought a couple presskits and some other posters and such. You know me. lol.

Matthew signed my poster and presskit and Suddenly Susan had him sign one for me as well.

then we waited for Keri Russell who was sitting on the stage signing and taking photos with people. She was also very kind and very chill. 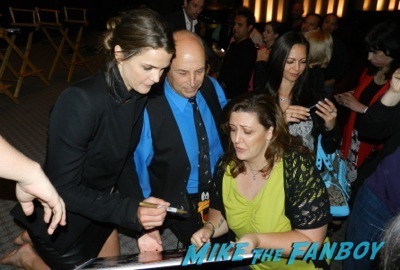 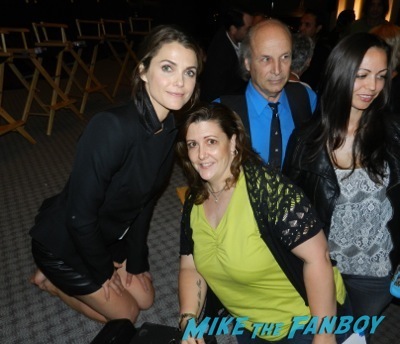 Suddenly Susan got a great photo with her and a beautiful cast piece signed.

I got a magazine and couple other things. It was a great event and kudos to the cast for hanging around with everyone after. It was such a treat! 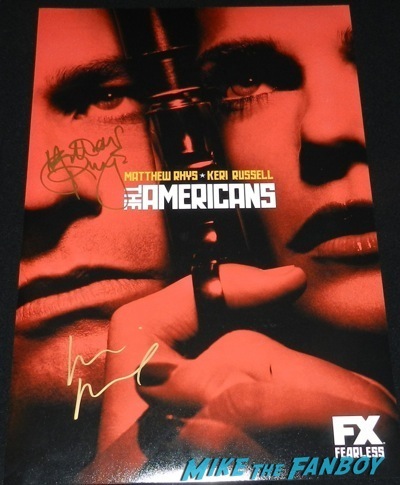 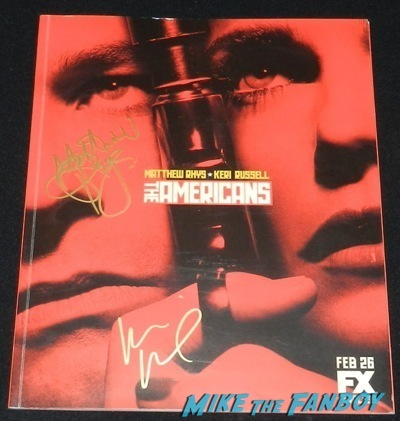 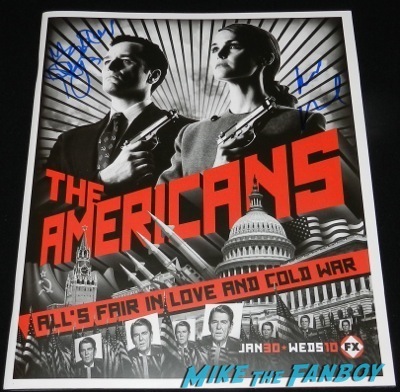 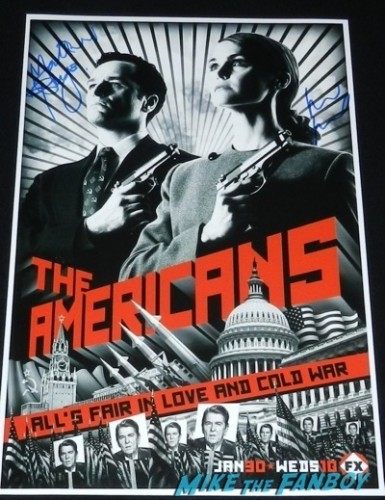 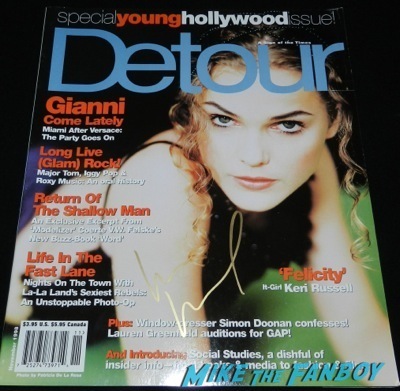