Home / Conventions • Jeremy Monlux / The Art Of The Con! Jeremy Looks At What Makes Conventions So Great For Fans and His Love Of Fandom!

Comic-con. Two words that conjure up a million images: crazy costumes, celebrity/ fan encounters, more costumes, action figures and, of course, comics. So what exactly is the comic-con? In my opinion, it’s something different for everyone. More importantly, comic-con IS for everyone.

Throughout the year in just about every state, you can find a con. There’s genre specific cons for horror fans (I’m dying to go to one of these- no pun intended), rewind cons (80’s and 90’s), comic book driven cons, and of course, the mother of all cons- San Diego Comic-Con which is the event of the year for fans of, well, everything. The OG Comic-Con started as a one-day “mini-con,” called San Diego’s Golden State Comic Mini-con, on March 21 1970, at the US Grant Hotel in downtown San Diego. 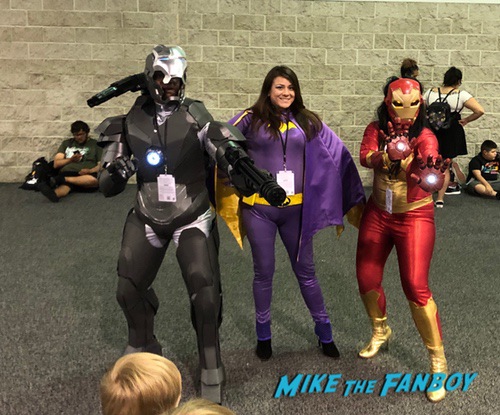 Throughout the years, cons have morphed from a once considered “nerd” hangout, to a now “hip,” “trendy” and cutting edge phenomenon attracting the biggest names in Hollywood to your backyard. Kristen Bell perhaps summed it up best when she said, “I love nerds. Comic-Con junkies are the tastemakers of tomorrow. Isn’t that funny? The tables have turned.”

Walking into a con is very much akin to a beautifully laid out smorgasbord of food: everywhere you look, there’s something to whet the appetite. At my last con I went to the first table and found a patch from my favorite tv miniseries, “V,” and one from the quintessential horror franchise, “Nightmare on Elm Street”. Fun fact: legendary actor Robert Englund starred in both. Fun fact part deux: Mr. Englund is coming to a con in Portland this September and I am hoping/ praying to have the opportunity to hang with him for the day to get an insider’s look at a day in the life of a mega star at a comic-con. That would make a killer (pun intended this time) story. 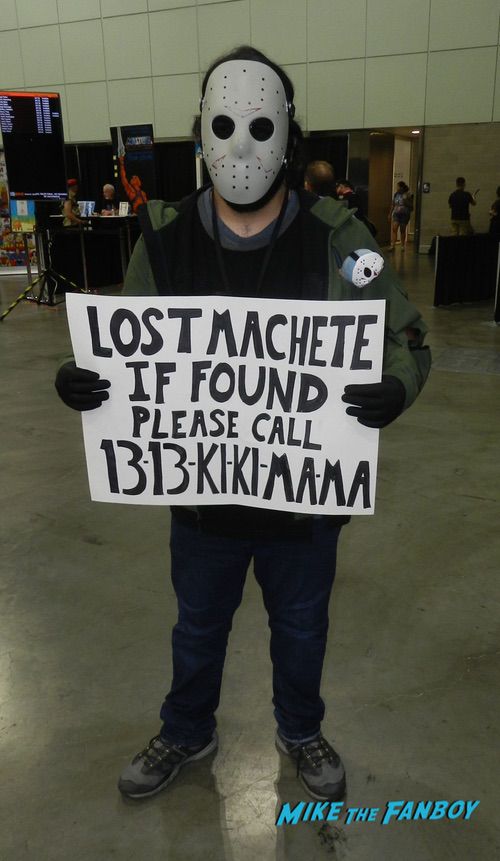 Around the convention hall- you’ll find fans dressed up in literally every costume imaginable. From ‘Star Wars’, to ‘Lord of the Rings’, to ‘Disney’ and anime, the place is crawling with characters. Keep walking and you’ll come across booth after booth schlepping every pop culture / collectable item known to man. But the real fun is the celebrity meet and greet area. Here you can come face to face with your favorite stars- and even though it’s brief, I find it exciting… I can say I have met a fair amount of famous people over the years at cons and they have been extraordinarily kind and cool. 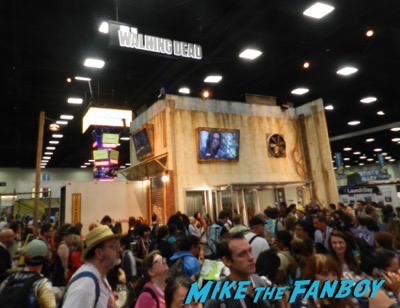 The comic con is many things to many people. We all go there looking for something different and each person’s experience is their own. What I have found is that comic-con is a place where everyone is accepted. At the con, we wrap our hands (or wings, or capes) around one another because everyone is welcome. Instead of being judged for looking different, you are celebrated. That alone is worth the cost of admission. That, and also perhaps having Robert Englund sign my Freddy Kruger action figure!

Tweet Pin It
Tags:conventions, fandom, fandom look back, looking at upcoming conventions, The art of the con