The two hour premiere last week was insane to say the least. We witnessed not only the bloody madness that left half the cast eviscerated, but also an awful CGI dragon, naked women including Katey Segal and how can we forget about the Baron ramming his beloved and then taking a dump while having a nonchalant meeting with his advisor.

The series weren’t short of the “shock factor”, yet the story itself lacked a catching tempo. Hopefully things will speed up once the introductions are done. I love Katey Segal. She plays Annora, the healer; but her accent is a bit hard to swallow. I really hope I’ll ease into it with time. Baron Ventris (Brian O’Byrne) did not survive the pilot. Our main man Wilkin Brattle (Lee Jones) trapped himself in his own disguise becoming the official punisher under the recently widowed Baroness, Lowry Ventris (Flora Spencer-Longhurst). Wilkin carries on the charade with vengeance in mind.

This week the episode unfolds to animal carnage. Annora teaches Wilkin how to perfect his slicing skills as a punisher. Now he is forced to take on a much different set of skills. Annora and Wilkin bond over artistic butchery. He reveals a bit about his childhood. We all know Annora is full of secrets. Old habits I guess. 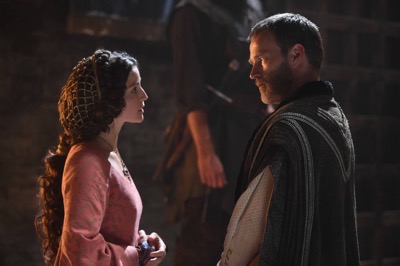 From something so ugly, we are taken to a much pleasant skill, sculpting. Too bad it’s a sculpture of the late Baron Ventris, a foul man. The two trades may seem to lie on opposite poles, but they both require steady delicate hands for the perfect execution. Maybe they aren’t so different after all. Finally we pan over to the Baroness in her chambers, the true beauty among them all. She is ready to get some color back and move on with her life. 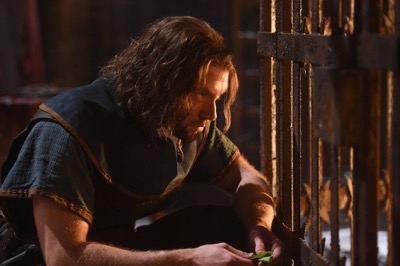 The effigy of Baron Ventris is packed and ready to travel. A band of rebels attack the oncoming cart. Unfortunately one of the young girls gets caught. I’m sure she regrets not listening to her older brother right about now. Milus brings the broken nose of the effigy to the Baroness and advices her to take the harshest punishment against the young rebel. He intends to send it out as a warning to avoid seeming week. However, the Baroness insists on speaking to the young girl herself. 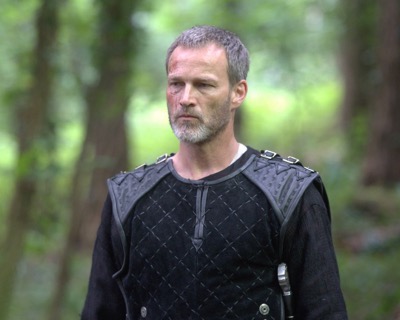 Meanwhile, Wilkin was already summoned to tear her apart to break her silence. The little girl stood her ground revealing absolutely nothing; she forced him to move forward with the torture. Luckily, she only lost a finger nail before the Baroness entered the dungeons. She attempted to talk to the young girl, but failed to get any information out of her. The Baroness is not just a pretty face, she is quite observant. After figuring out the fishing village from the girl’s appearance, she insisted on visiting the village to sort things out. The Baroness is the complete opposite of her late husband. She tries to resolve the issue instead of reducing entire villages to ashes, the medieval “Block” button to ward off anything you dislike. 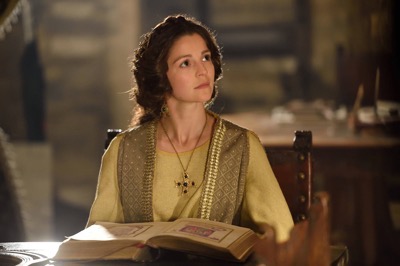 Their visit to the village raised more concern of the rebel conflict at hand. The talk with the young girl’s mother was more than disturbing. Well now we know where the girl inherited her guts of steel. They are willing to sacrifice their own blood for the cause. Luckily, the brother doesn’t have the same will power as his little sister and mother. The women clearly carry the balls in the family. He gives the location of the rebel’s supply.

Being a rebel himself Wilkin and Toran struggles with their decisions. They have infiltrated themselves within the walls, but the decisions they have to make to keep their cover comes with a mighty cost. Milus is the only one who knows about Wilkin’s true identity. However, he avoids exposing Wilkin since he knows he could use him for his advantage. Keeping Wilkin close enough to keep an eye on him might be his safest move. 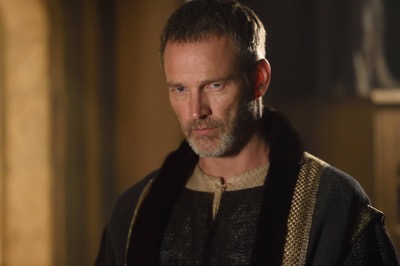 On their way back, the Baroness’s entourage gets attacked by the rebels. We get to see everyone including Father Ruskin in action. Dam! He was not shy with that blade. They survive the attack. The baroness’s trust as well as her interest grows with Wilkin. His swordsmanship was nothing less than exquisite. Milus is not a happy camper. He wants her to listen to his advice and his advice alone. Swift justice is not part of his vocabulary. 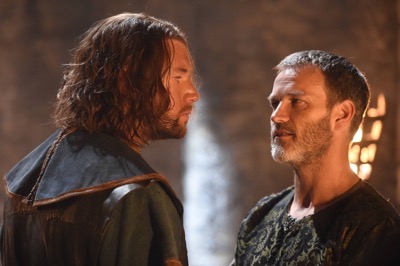 Meanwhile, Wilkin struggles with his lie in more than one way. When he took the identity of Maddox, the punisher, he not only took over the trade, but also his entire family. Knowing how dreadful the true Maddox treated them, the family was more than thrilled to accept Wilkin as their new father/husband. Yea, she won’t be going anywhere anytime soon. Wilkin is her reality now. Yikes! Talk about hitting the jackpot. 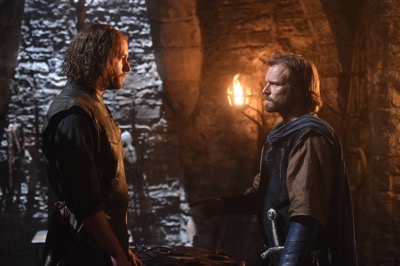 Wilkin and his gang talk of revenge. Nevertheless, he struggles to remain calm around Leon, who wears his late wife’s cross. We know Leon actually spared her life, but Wilkin is blind to the true killer who might be among “friends” rather than enemies. They are all hurting and in seek of justice. Wilkin grows impatient, but vows to maintain his disguise until the guilty parties are found.

Annora weaves herself deep into the gang each day. They bond with her and build their trust. Annora, Berber, and Calo ride in search of Ash, who has gone missing. They come across a disturbing ritualistic display of bloody slaughter. Annora performs her own ritual to cleanse the body of the serpent nested within it; certainly not her first rodeo. We later get a glimpse of her entire scaly collection. 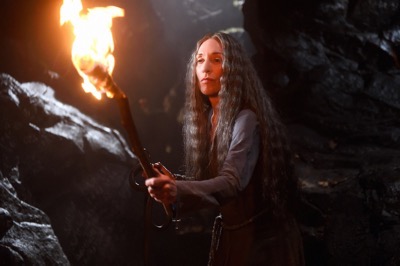 The Baroness finally makes “A judgment forced by obligation.” Wilkin receives the final word on the girl. His visions of Petra seem to act up every time he is forced to carry out acts against his moral compass. Her cryptic messages stir him up rather than calm him down. I was really hoping not to witness more awful CGI, but, alas, there it is again. Started out like a time lapse origami project, but at least the snake looked a lot better than the dragon last week. It might be just a vision depicting his trapped emotions, yet it’s still hard to digest.

Wilkin seeks Annora’s guidance on the matter. She gives Wilkin some herbs for the girl to ease the pain. Not sure how much that’ll help when you face an execution. The gang comes back with grim news, but right when they were about to give up on Ash, he walks right into camp with his beloved sheep. The funny little guy coming back is the only good news they’ve had in a while. 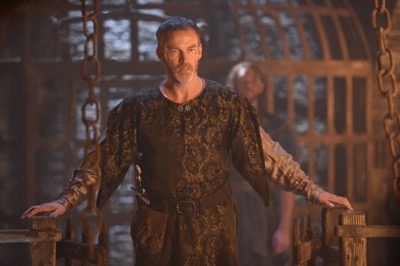 The day of the punishment Wilkin drugs her up to numb the pain. Everyone anticipates the worst, however, the girl walks away alive. Not in one piece, but alive. Familiar with the saying, “Eye for an eye”? Yup, exactly! Well, she won’t be sticking her nose into anyone’s business anymore. Let’s see how many executions it’ll take Wilkin before he finally snaps.

Until next time, hold on to you heads!