Home / Reviews / The Battle of the Sexes Blu-ray Review!

It’s interesting when what’s happening the in the world gets immediately reflected in the arts. It happens quite often with music where an artist will record an album months before something happens in the world and it’s completely reflective of its time. Film doesn’t always work out that way, but when it does, it’s an interesting mirror on our society. 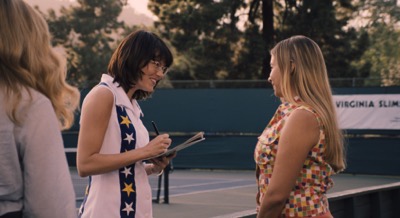 This is exactly what has happened with The Battle of the Sexes, out now on Blu-ray. The film which is also nominated for a SAG Award and Golden Globe, tells the story of the 1973 tennis match between Bobby Riggs, positioned as the male chauvinist pig and Billie Jean King the feminist icon. 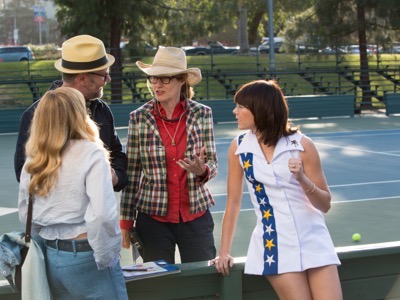 While the film might be about what seems to be a simple tennis match, it’s really about the sexual and cultural mores that exist in our society. Billie Jean King (Emma Stone) really carries the emotional weight of the film. It really focuses on her emotional issues and of course her sexuality which wasn’t as accepted in the 1970s as it is now. It was a completely different time, and honestly it was shocking to see how much has changed in such a short amount of time and on the flip side of the coin, how much things stay the same. 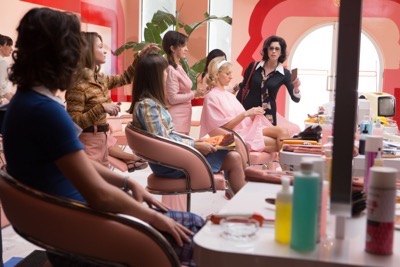 On the other end of the spectrum, Riggs (Steve Carell) who was retired when the infamous match took place. It’s touched on in the film that Riggs might have come out of retirement and participated in the match because of a gambling problem, but that’s really here nor there. He was put on display as the antithesis to Billie Jean King’s trailblazer. A product of the past and someone who was clinging on to the old ways of society while change is happening all around him. That’s probably unfair in a way to Riggs as a person, if he indeed was playing a part in a way, but it does fit. 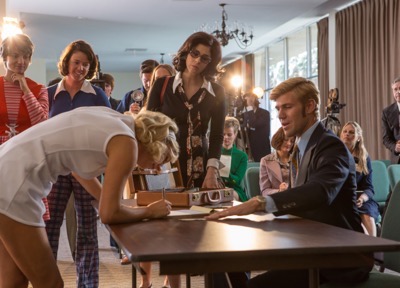 The film rests on the strength of its two leads and Emma Stone and Steve Carell are more than up to the task. Steve Carell throws himself into the part and has become quite the character actor as of late. With this, The Big Short and Foxcatcher, he’s positioning himself not just as another former television comedy star making movies, but as a true actor. It’s been a great transformation and been really exciting to see. 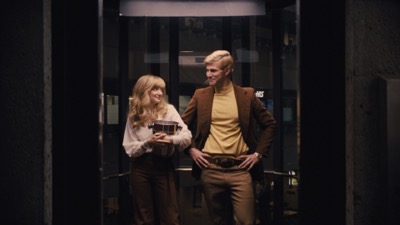 Emma Stone, fresh off her Oscar win for La La Land does an equally admirable job as Billie Jean King. She’s more than a wig and glasses in the role and matches Carell step for step. She really embodies the character and it’s shown in every smile and every look she shares with Marilyn Barnett (Andrea Riseborough). She also does a great job not only showing the struggle with her sexuality but also has own physical looks and being comfortable in her own skin. 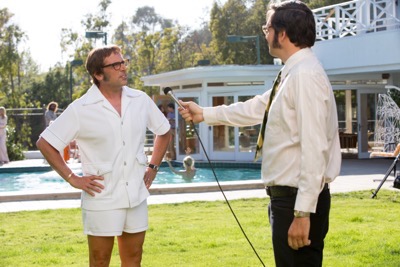 The Battle of the Sexes arrives on Blu-ray in a fine transfer thanks to 20th Century Fox Home Video. Shot with a 1970s look and style, The Battle of the Sexes has a wonderful rich style. There is some intentional grain which again goes to the era. The fine details are extraordinary, you can really see the emotion on the actors faces, every look, every nuance is really exemplified here and it helps the film so much. 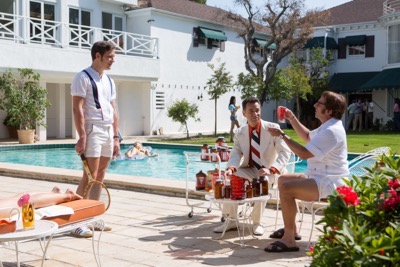 Raw Footage: Billie Jean’s Grand Entrance – This is the audio free look at the uncut sequence.

Reigniting the Rivalry – This is an EPK with some interview footage. Not a bad feature.

Billie Jean King: In Her Own Words – This is a great feature. It’s a wonderful interview with Billie Jean King and she really opens up about what she went through and the emotional complexities of the film. I recommend checking this out.

There are also galleries with some still, and set photos. 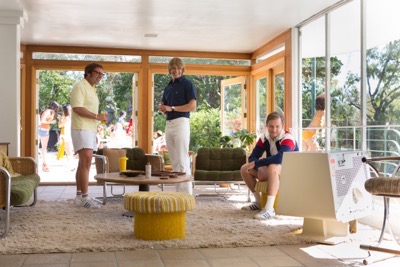 Overall, I really enjoyed The Battle of the Sexes, it’s a wonderful emotional journey that is at once a film of its time and also a reflection of what’s going on with society today. The actors are top notch and really make the film very special. Its well deserved of its award recognition and in my opinion it should have received more. Highly recommended.

The Battle of the Sexes is out now on Blu-ray