Home / Movie Reviews • Reviews / The Best Of Me Blu-Ray Review! Will You Need To Break Out The Kleenex After Watching This Nicholas Sparks Drama?

Nicholas Sparks, I think there should be a genre just called Nicholas Sparks. Films that star off as a simple romance until you just know the tables turn and something tragic happens. I mean look at his past history, Dear John, The Last Song, The Lucky One, The Notebook, need I go on? So, if you know this about the author, you kind of know what to expect when popping in a Nicholas Sparks genre film. 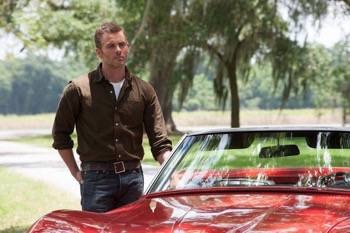 For his latest tear jerker, The Best of Me, Nicholas Sparks again dares you to sit on the couch and watch without a fistful of kleenex. In this tale of romance, Dawson Cole (James Marsden as the adult Cole and Luke Bracey as the teenage Cole) is an oil offshore worker. There is a horrible accident on the rig and Dawson should have died. Miraculously, he lived and as many people do when they come close to death, Dawson rethinks his existence and place in the world. 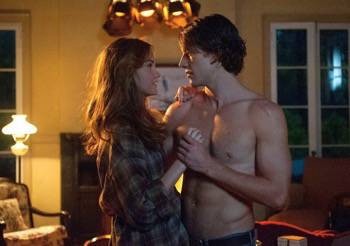 Thankfully, Dawson makes it through this death defying accident with not a scratch on him. When he gets back, he gets a call that informs him that someone named “Tuck” has passed away and Dawson is named in his will. Ummm Score! At the same time, Amanda Collier (Michelle Monaghan as the adult Amanda and Liana Liberato as the teenage Amanda) gets the same call. 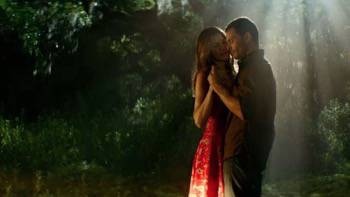 Amanda is a housewife and knew Dawson when they were young, and impossibly good looking. These two models, I mean actors, I mean former lovers have a history… and there’s a story here. The two meet up on Tuck’s farm and the film Ping-Pong’s between present day and the past. We see young love, meddling relatives and ensuing disasters.

Tuck (Gerald McRaney) is one of the town’s elders and gives the teenage Dawson a home once he leaves his crazy relatives. In fact, Tuck has been the one trying to get Dawson and Amanda together, albeit ever so slowly. As the film flashbacks we see what happened in the lovers past and why their relationship never took hold. 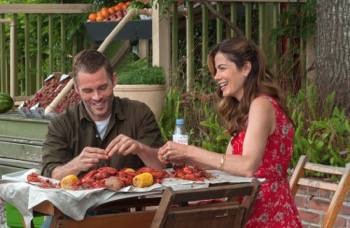 This is a Nicholas Sparks film through and through and if you pick it up and think it’s going to break the mold, then the fault is on you. This is one film that stays within the boundaries of what it knows.

Plot wise the film was contrived. At this point, it’s time to do something new, at least give characters who are supposed to be the villains a little backstory or development. They come off like cartoon characters twirling their mustaches and laughing maniacally. 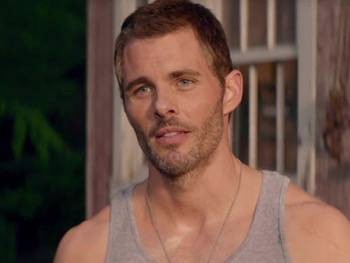 The good thing is that both Marsden and Monaghan are both very capable actors performing much better than the material given to them. They make their characters believable and most importantly watchable. While I never felt the need for waterworks, I did find myself rooting for the couple. 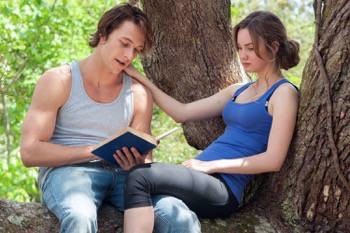 I’ve always liked James Marsden and feel like he’s never gotten the props he’s deserved for the X-Men films or even something like Enchanted. It’s good to see him in a leading role here and he’s really good at finding some depth when there isn’t anything on the page to work with.

The film itself looks beautiful on blu-ray and much like I’m sure Nicholas Sparks pictured it, things look like a painting come to life at times, even things that wouldn’t normally seem that way. The colors, especially in Tuck’s garden look awesome and are extremely vivid. A lot of people say, you don’t need to see a film like The Best of Me in blu-ray, but here is a great example of why you should. It’s leaps and bounds better than a standard or broadcast quality.

Special features on this release include Deleted Scenes, a short EPK called Along For The Ride, and interviews with Nicholas Sparks. There is also a directors commentary for the theatrical version of the film, a Lady Antebellum music video, and the original theatrical trailer.

The most intriguing bonus feature is the “Tears of Joy” Edition alternate ending. It’s a shorter cut of the film and honestly ends fairly upbeat. It’s an interesting change of pace to see. 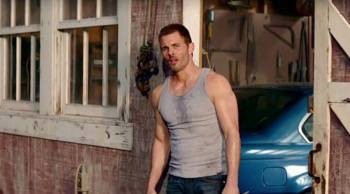 Overall, while The Best of Me isn’t a classic, it’s not even a Nicholas Sparks classic, but it is a fine film to check out for the star crossed lover that you may be missing this Valentine’s Day.

The Best of Me is available now on blu-ray! 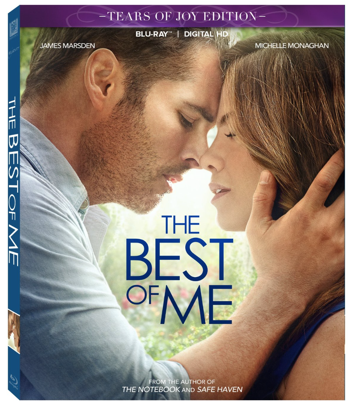