Have you ever noticed the comical expression of your parents after you tell them that you were playing video games? As most of us have noticed, there is a stereotype regarding video games and the people who play them. It is often considered as the game of loners and those who are lazy. As a result, most of us who love video games must have observed how our parents blame the younger generation for not knowing what real fun is? But, with rapid technology advancement and internet connectivity, this negative image of video games is changing.

The image of a teenage boy in a dark room with his eyes glued on screen for hours is changing with time. From an entertainment that was accused of lacking social interaction and its anti-social nature, video games have traveled a long way and have now been established as one of the most socially accepted forms of entertainment which encourages interaction and fun gatherings. It has become a source that can instill many socially relevant skills such as decision-making skills, team spirit, and leadership qualities in an individual. 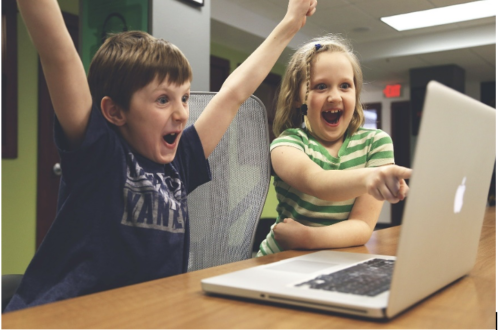 Another acquisition faced by video gaming is that it widens the barrier between different generations and separates children from the family. But recently, many video games are being developed that can be played with family which, in turn, will increase the possibility for more family time.

There is a range of games available in the market which can satisfy each family’s unique needs. Some families may prefer some adventurous combat games, while others may prefer a non-violent or a classic party game. You can also try your hand in some classic Slots Online with your family, which can make your family time more fun and exciting.

Does your family consist of little ones? Then, this simple game Nintendo Labo, developed by Nintendo is the right pick for you. The simple concept of toys-to-life of this game will surely grab the attention of the naughty ones. This game consists of two-part- a gaming part and the other part is multiple cardboard pieces.

First, you need to assemble these cardboard pieces to create “Toy-Con” using the interactive instructions in the Nintendo Switch game card. After assembling each Toy-Con, the main Nintendo Switch display is inserted. The way each Toy-con interacts and its function will vary from each other. You will be able to enjoy decorating and assembling the cardboard pieces with your kids, and also enjoy the real game with the completed sets.

Even though the games are very simple ones; like fishing games or playing piano, this game will give you a really good bonding time as you make cardboard robots with your kids or build a new game with them.

Choose any Lego game from 85 commercial video games based on Lego to play with the young ones in your house. If you are a fan of Harry Potter, Batman, Star Wars, Marvel, Indiana Jones, or Jurassic world, there is a Lego game for you. Also, you can play Ninjago which is unique to the Lego Universe. This game has a single-player mode as well co-op mode. The young one is surely going to love the PvP battles where they are going to go wild and smash things up.

You may find it frustrating to catch up with the over-enthusiastic young one who is smashing things up randomly, but you will surely be able to bond with your young ones. Who knows, maybe they will make you their partner in crimes in the future.

This fun adventurous game is a game where you need to stick together and fight the enemies to survive the game. This game developed by Mojang Studios and Double Eleven in 2020 will trap the players in its charm, visual effects, and soundtrack. The game is set in a fictional world called Overworld which is made up of cubes and blocks and will suck the players into the gaming world with its unique storyline. 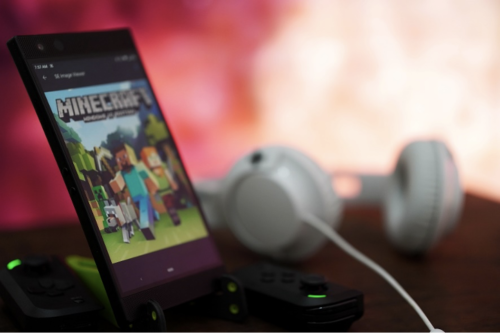 The villain of the game known as Arch-Illager’ is on his journey to take revenge on all the people and villages who wronged him. Archie comes across an artifact known as “Orb of Dominance” that gave him magical powers and made him strong. He subjugated many villages and killed many people on this quest. The players take up the role of heroes who are on a journey to defeat Arch-Illager and free all the villages.

So, choose your weapon, tighten your shield and kill the various monsters, complete different quests, and destroy the Orb of Dominance to defeat Archies.

Did the kids go to sleep? Then take the Jackbox party trilogy out of your cardboard and play hilarious minigames. This game offers fresh air and allows the players to relax after playing with those hyperactive small ones in your family. You can just open your mobile, draw some random pictures or type some phrases, and try to answer the silly questions.

The Jackbox Party trilogy is a fun game, that has a bundle of minigames. The games can accommodate up to eight players and some games even accommodate up to 10 players. If your family cannot meet in person, this game will provide an excellent virtual meeting spot.

Mario has always been one of the all-time favorite kids’ games, and this latest installment of Mario has become one of the favorite games of people of all ages. This game provides an excellent place to race with your friend and family. The revised battle mode even allows you to have a battle with them. So, play this game with four of your loved ones and have fun, as the all-time favorite characters like King Boo and Dry Jones make their guest appearance.

So, play these video games and go on a fun, adventurous, and fantastical journey with your family.