There are few directors that can spin a tale like Steven Spielberg, this is one of the many reasons why his name, unlike so many of his peers, always shows up above the title on all his movies. He also has a keen insight into the world and imagination of children, so it would seem like a perfect marriage to pair his directing prowess with the storytelling of children’s author Roald Dahl. 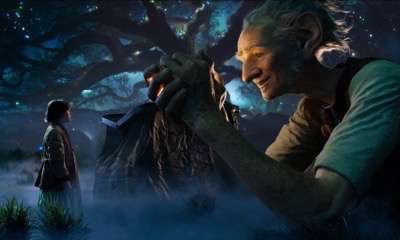 That’s exactly what Disney has done with the film, The BFG, out now on Blu-ray. Using the very best in digital and visual expense, Steven Spielberg brings the story to life and transports audiences to a different world unlike any other. Sophie (Ruby Barnhill) is an orphan who deals with bouts of insomnia. Her inability to catch some “zzz’s” gives her free rein of the orphanage at what she refers to as “The Witching Hour.” One night, Sophie is reading but hears some yelling outside her window. She heads over and yells at the drunk hooligans and heads back to her book, then she hears something else, thinking it was a cat she is about to turn but catches a glimpse of something… A giant! 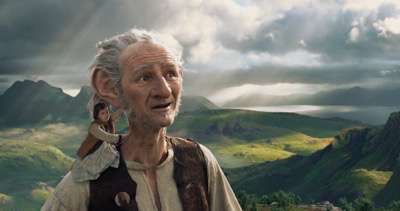 Sophie runs back to her bed, but the giant reaches into her room and grabs her. The Giant makes his way back to his house, holding the small girl who of course fears for her life. This is no ordinary giant, this is The BFG (Mark Rylance). BFG stands for Big Friendly Giant, and he is indeed quite friendly. The BFG also has a special power, to capture and control dreams. This allows Sophie to actually get some sleep for once. 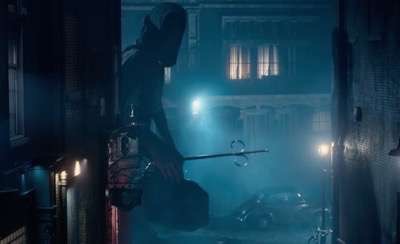 Sophie and BFG form an unlikely friendship, even after Sophie tries to escape and head back home. The BFG explains that the other giants in the land are not so nice and he is the runt of the litter so to speak. They have to navigate those mean giants and also form a bond to ensure that Sophie will not tell others about The BFG and ruin his life. 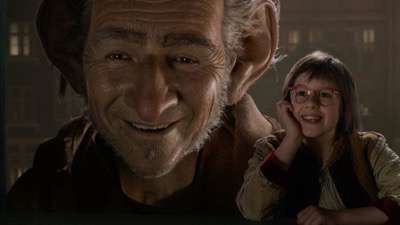 It’s really an interesting tale that has its own twists and turns that I didn’t see coming. It really is a perfect pairing, that of Steven Spielberg, the ever evolving Man-child and Roald Dahl who writes for children with an adult sensibility. When you look at the film on the surface, everything works in perfect harmony. The effects are stunning and a technical achievement surpassing anything I’ve seen in a long time. The performance by Ruby Barnhill is superb and if she plays her cards right, she could be the next Dakota Fanning. 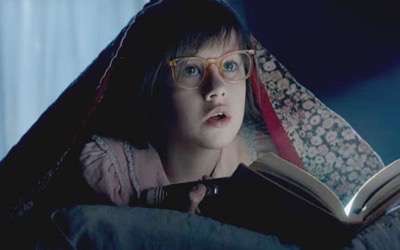 Still, I couldn’t help feeling a bit of sameness overshadowing the whole affair. The film, about childhood, dreams, reality and the middle ground between the two, has already been mined by Spielberg before. This film should have given me a sense of awe and wonder but instead I marveled more at the flawless performances and technical achievement than the film itself. I can’t help but think that this clearly could not have been what was intended.

The BFG arrives on Blu-ray in an exquisite transfer thanks to the fine folks at Walt Disney Home Video. The colors are amazing, and the details especially on the CGI are a sight to see. Every follicle of hair, is expertly crafted and the picture quality here really allows those details to shine. The color palate varies between light and dark and the presentation is once again flawless with little loss or grain in the picture. 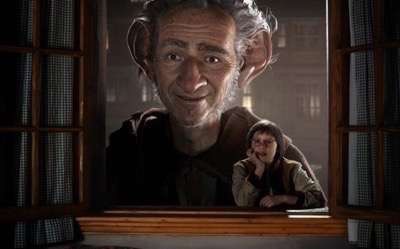 Special Features included on this release are a little sparse:

Bringing The BFG to Life – This is a series of video diaries with Ruby Barnhill who shares her experiences on the set. There’s also other people including Steven Spielberg who talks about constructing the film as a whole.

The Big Friendly Giant and Me – This is a short that goes through the journey of the film.

Gobblefunk: The Wonderful Words of the BFG – This is a very fun look at the unique language the BFG has.

Giants 101 – This is a very brief look at the casting and the performances of the giants in the movie.

Overall, while I really enjoyed this film it was in-spite of it’s flaws. The positives, of which there are many, are worth a look in and of itself. The incredible special effects work, the performances and the script are all top notch. I think younger audiences will be really entertained and enthralled by the world of The BFG. Those of us who have followed Steven Spielberg over the years will notice a bit of sameness in his storytelling, however at the same time, even when he’s not at 100%, Steven Spielberg is still yards ahead of most of his peers. I recommend checking out The BFG.

The BFG is out now on Blu-ray!