A few weeks back, I was afforded an amazing opportunity… This opportunity you may ask? I’m glad you did! I was invited to a taping of The Big Bang Theory and wait for it… To visit the set. Passing out and dying now…

I’ll spare you the squeals of joy, but suffice it to say, I was pretty stoked… but my happiness was compounded when I learned the episode we were going to see was the Leonard Nimoy episode… Yep, I was witnessing a historical moment kids!

We arrived to the taping and had amazing seats. Sadly, we could not take photos during the taping, which of course is understandable and expected. The taping lasted around 4 hours and each scene was done a couple times, but all in all I thought it moved pretty fast.

There were a lot of odd sets up for this episode that we usually don’t see including an Italian restaurant, a blue screen alien planet, and Howard’s office. Which means we didn’t get Penny’s apartment, The Cheesecake Factory, The cafeteria, or Howard’s Front porch. We did get the Sheldon and Leonard’s apartment, the hallway and Raj’s apartment.

Penny’s apartment is, as far as I can tell always up but since it wasn’t being used today it wasn’t dressed. Doh! 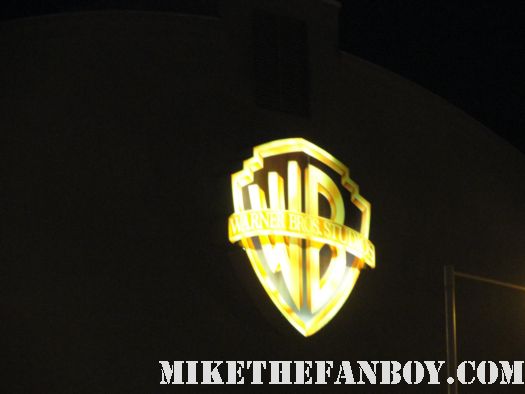 A lot of people think that it ruins the magic of movie and television series to visit the set, but you know, it was really neat to see things that the camera doesn’t pick up. There were literally action figures above the windows as set dressing that never gets seen on camera. It’s those fun details I love and what also makes me a dork.

Also, there was to be no Amy Farrah Fowler in this episode. Yep, Mayim Bialik was absent today. Sadness… But we get Leonard Nimoy so…. lol…

If you have not seen the episode Penny gives both Leonard and Sheldon a MIB Mego Star Trek transporter. Sheldon breaks his and switches his with Leonard’s until a talking Mego Mr. Spock tells him not to. Raj also deals with trying to find a girlfriend and gets set up on a date.

The episode was really good and I have to tell you, I love Melissa Rauch. I think she’s hysterical!

Leonard Nimoy actually stayed the entire episode to do the voice over for the two scenes he was in. That was pretty cool.

The real magic happened after the episode was over however. My friend Scott and I were escorted down to the set where we were allowed to take a photo on the iconic couch.

Actually, I started to hyperventilate and ran to security to get my camera and then we went ahead to the couch. 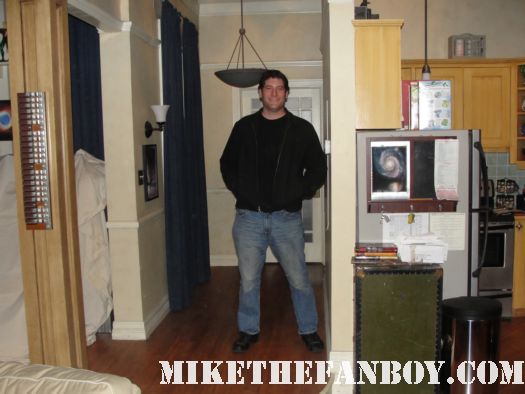 Another couple was actually there first so we got photos in the kitchen as we eyed the beloved sofa. 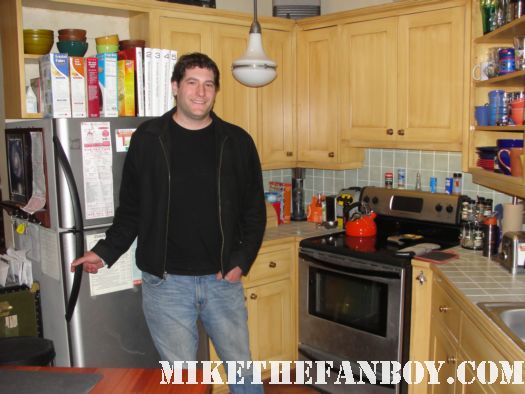 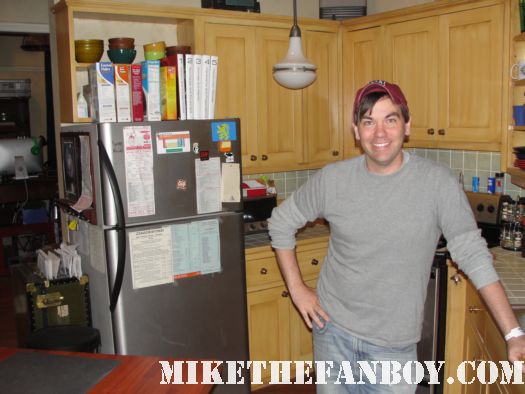 Then, once they were done we got in, doing a photo together and then separate… I mean, we both had to sit in Sheldon’s iconic “spot.” 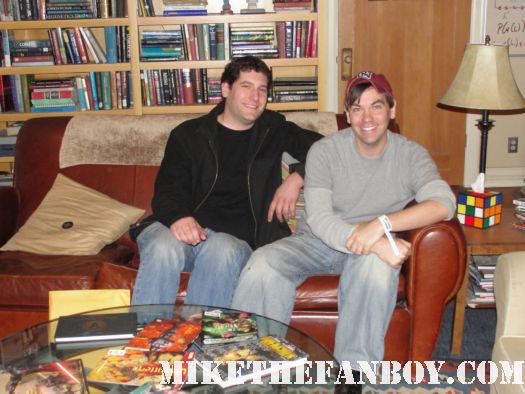 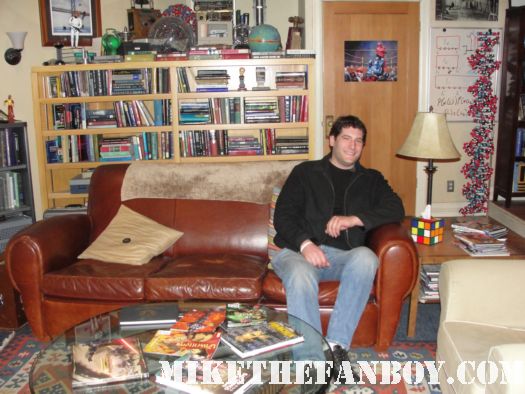 I can confirm that it’s perfect viewing for the television set, gets a lovely cross breeze so it’s not too hot and not too cold. 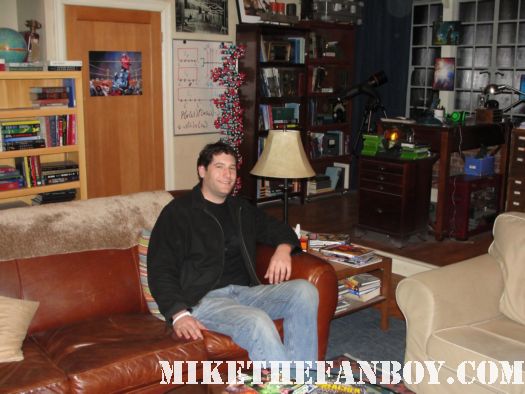 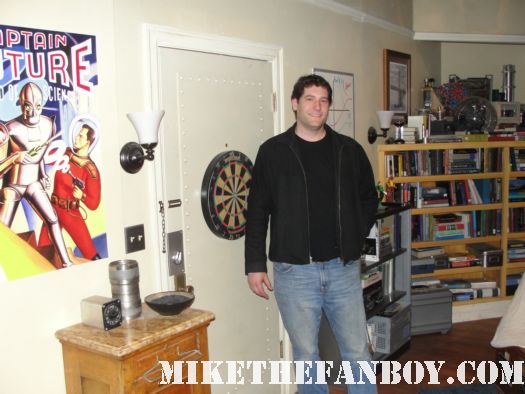 I was in geek heaven.

We only had a short amount of time since the crew wanted to cover things up to go home. 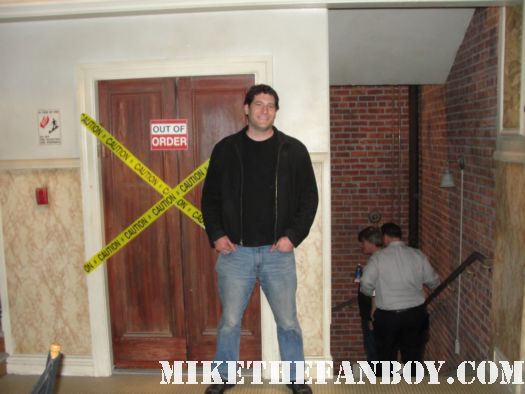 I quickly snapped a photo in the hallway and by the door of the apartment. 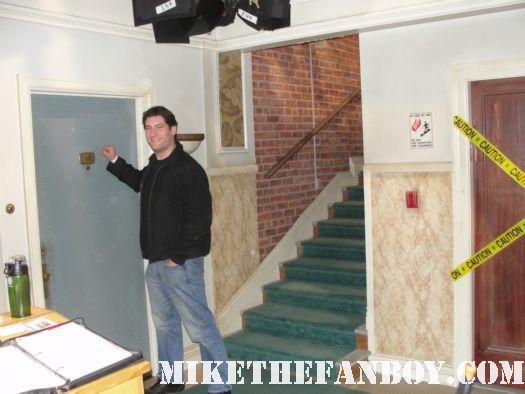 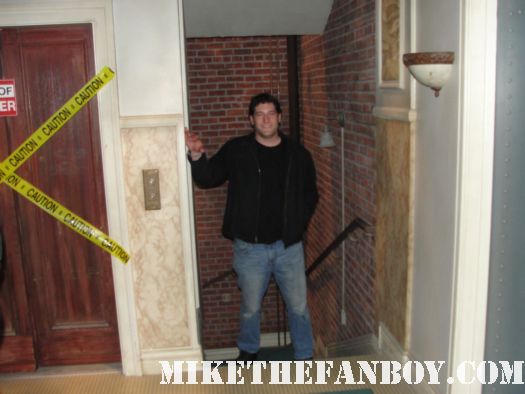 And of course on the steps of the hallway. 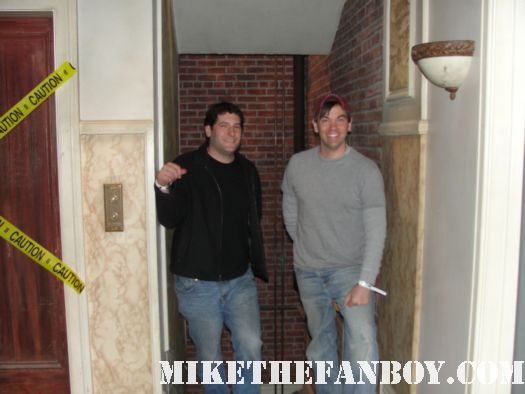 Remember we only have a few minutes… lol… 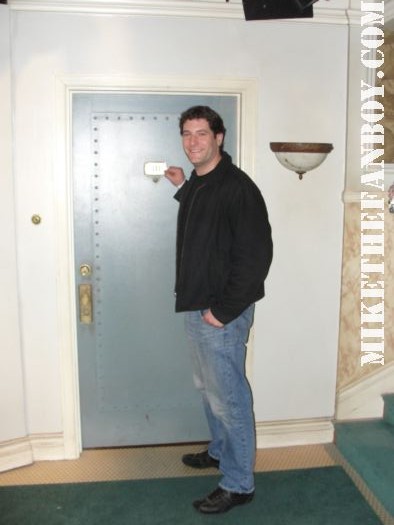 I then headed for the blue screen, I figured it would be fun to get a picture there since this set will never be up again. 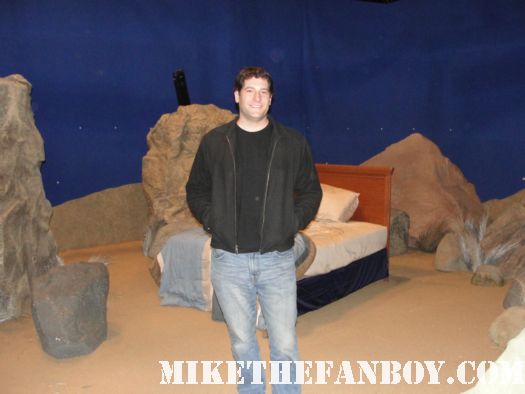 We ran to the other side to get some quick photos in Raj’s apartment. 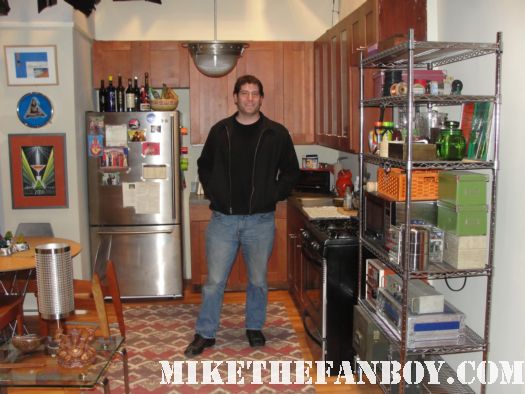 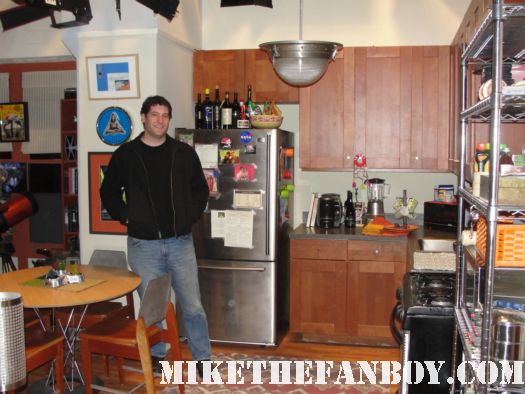 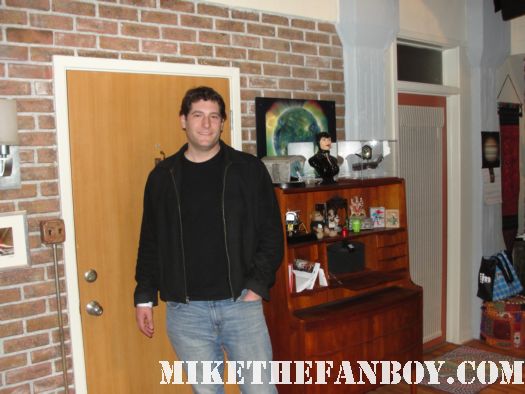 And finally, I figured I might as well get a photo in Howard’s office even though they don’t use it very often. 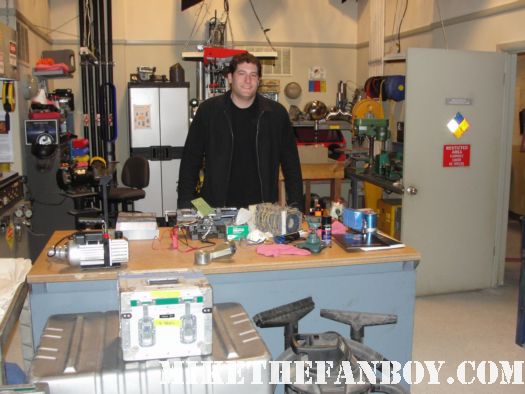 And that was it. My day was over… I have to tell you I didn’t sleep for two days I was so excited! This was such an amazing night, to not only get to see a taping but to take a photo on the set was an incredible experience!