I have loved Laura Linney for a while now. She is just… interesting. No matter what she does, I just find her fascinating. Congo, Love Actually, and now in The Big C. I’m just finishing up season 1 myself, and I’m so into it. Showtime has a way of creating the most interesting and complex group of females ever to headline television series. Mary Louis Parker, Edie Falco, Laura Linney, Toni Collette, I mean seriously… So many talented women!

Pinky just got done watching the screener with the first four episodes of The Big C, so check out her full review after the jump!

When I first saw the ads for Showtime’s original series The Big C last year, I was a bit skeptical. A show about a lady with stage 4 cancer? How long can that really last? On the plus side, it starred Laura Linney as Cathy and she’s always amazing. Oliver Platt as her husband, Paul, couldn’t be bad and they lined up the rest of the supporting cast with actors who stole every scene. John Benjamin Hickey as Sean, Cathy’s brother, is fantastic, and Phyllis Somerville as Cathy’s neighbor, Marlene, was reason alone to watch the show. 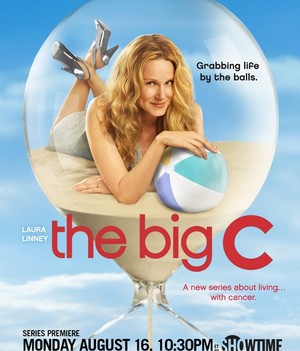 While I enjoyed the first season tremendously, it (SPOILER ALERT) focused on Cathy denying that she had cancer and not telling anyone. She basically resigned herself that it was a lost cause, and prepared for the worst. Now, in the meantime, there were plenty of interesting storylines with her brother, husband, son, and neighbor, but at the end of every episode I found myself screaming at the TV, “Tell somebody already!!!” When it finally came out at the finale, I couldn’t be more relieved. 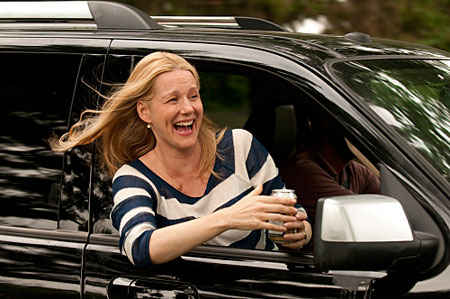 Thank goodness for Season Two. This year finds Cathy not only telling everyone, but fighting back. With a vengeance. She’s hysterical, determined, committed to recovery, and ready to live. I LOVE it. I watched the first four episodes as quickly as I could and was left wanting more right away. I cannot get enough of this show.

Cynthia Nixon was added to the cast near the end of last season as Cathy’s old friend and she’s a great addition to the already stellar ensemble. The only thing I don’t enjoy about the show is Gabourey Sidibe as Cathy’s student. I keep hoping to see her character phased out of the show but, unfortunately, they’ve added more of her. On the plus side, they’ve also added some phenomenal guest stars – Alan Alda, Hugh Dancy, and Parker Posey will be featured this season. Hooray! 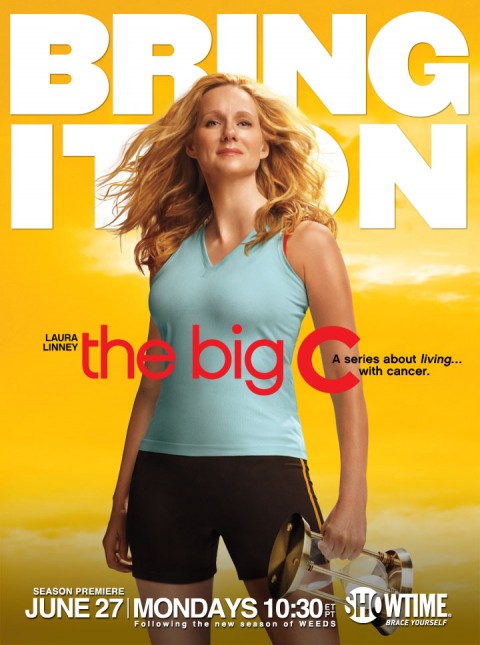 If you don’t have Showtime, I suggest signing up for it for this show alone. It’s that good. In the meantime, you can get caught up on the first season of The Big C on DVD and then patiently wait until the next season comes out on DVD. But why wait? Get Showtime today and treat yourself to a show that’s written brilliantly, acted to perfection, and still makes you laugh.