Being that there is so much episodic content out there at the moment; be it streaming, broadcast, online, etc… It’s hard for a series to rise above the clutter. It’s especially hard for broadcast series to compete quality wise with their cable counterparts. There’s the network standards and practices limitations, an expanded number of episodes and the difficulty of getting top tier talent to commit to a 22 episode season. It’s great then, when you can find a broadcast series that’s top notch and continuously fun to watch! 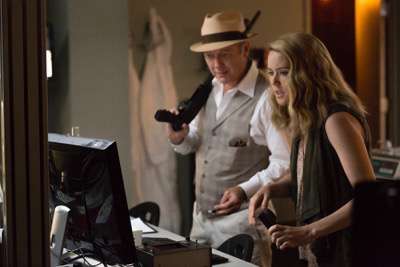 The Blacklist is one of those shows. And The Complete Third Season has just been released on Blu-ray. The series is consistently one of the best shows on broadcast television and shouldn’t be glossed over as another procedural series. Raymond “Red” Reddington (James Spader) is a former US Naval Intelligence officer who vanished mysteriously. He was on the FBI’s most wanted list and one day he shockingly surrenders vowing to help the bureau take down the same people he collaborated with. His only caveats are immunity and his desire to work solely with Elizabeth Keen (Megan Boone). 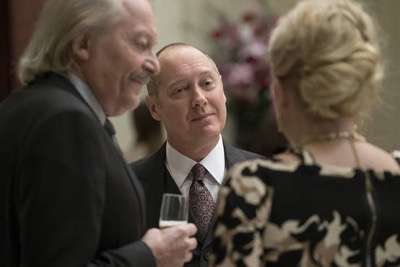 The third season picks up in the wake of the the season two cliffhanger. Agent Keen is on the run and is wanted for murdering two government officials and more than a dozen FBI agents. She’s also being accused of being a Russian spy and is being tracked down by the same FBI task force she used to partner with.

On the run, Keen and Red are set on clearing Keen’s name and the two of then go deep into Red’s former world and straight to the Cabal, a criminal organization that is dead set on reigniting the Cold War. The Cabal’s agents have even infiltrated the highest levels of the United States government including the FBI.

Keen is still struggling with her relationship with Tom (Ryan Eggold) and even Assistant FBI Director Harold Cooper (Harry Lennix) is under investigation. It’s a topsy turvy world to say the least and things get really interesting. 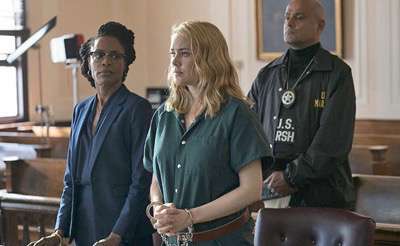 The main thing I liked about The Blacklist this season, is the fact that it was almost broken up into parts. The beginning of the season resolved the lingering plot-lines from season two. Then for the mid-season there were a short series of stand alone episodes, which worked nicely in resetting the series for the finale. The final episodes start a new arc, each eying that iconic Blacklist but giving it a bit of a twist as well.

It’s hard to compete with shorter run cable series, but this was such a smart and interesting way to do it. It showed a great bit of affection for the audience, not stretching a storyline out to fill 23 episodes, and a way to keep the series fresh and interesting over a longer run. Kudos to the writers for making it work. It’s a difficult task and they did it expertly. 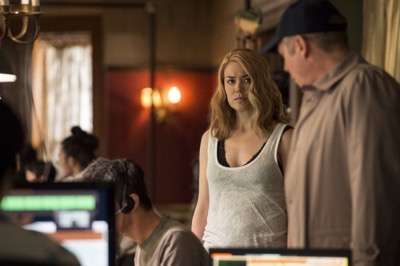 The actors helped a lot as well. Is there anyone out there like James Spader? The man can chew scenery one minute and then give a heartfelt punch to the gut the next. He just rips into his role as Red and you can see he loves it. He shows his sly charm one minute and the next you forget you’re actually rooting for a villainous killer. That’s the sign of an amazing actor.

The Blacklist: The Complete Third Season arrives on Blu-ray in a wonderful transfer thanks to Sony Home Video. The series has never looked this good. I will never stop marveling at how good broadcast series look on high definition. It’s worth the price alone to see the picture quality improve 100 percent from what you see during the initial run. The colors are rich and the fine details just really pop. In the close ups you see every nuance, and it really allows all the actors performances to sizzle on screen. 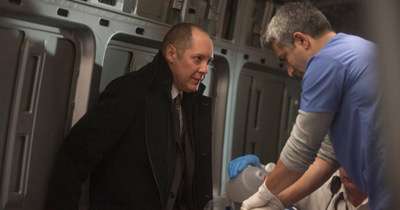 From The Shadows: Villains of Season 3 – The cast and crew talk about the villains of this season.

Creating the Stunts: Script to Screen – This eleven minute featurette goes inside the action sequences and shows audiences how it was done. It’s a fun feature. The spotlight is on the episodes for The Director and Mr. Solomon.

All About Aram – Actor Amir Arison and the rest of the cast talk about the character of Aram Mojtabai and his place on the series.

Outside the Box: Making The Blacklist Comic Book – Jon Bokenkamp, series creator, and the editor of Titan Comics David Leach along with Nicole Phillips the writer of the Blacklist comic book talk about expanding the Blacklist universe to print.

Red’s Gems: Favorite Lines From Season 3 – This cute feature is a short segment where the filmmakers tell their favorite of Red’s lines.

There are also over forty minutes of deleted scenes and two episode commentaries. 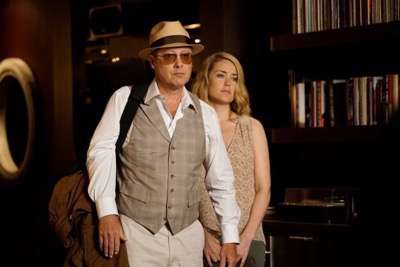 Overall, I know there are a lot of television series on the air right now, but The Blacklist is one to keep an eye out for. It’s compelling and puts a unique twist and spin on the typical procedural series. It’s worth watching for James Spader’s work alone, but the entire cast is top notch. I think you’ll be pleasantly surprised when you get hooked on The Blacklist! 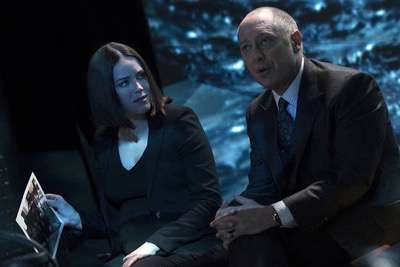 The Blacklist: The Complete Third Season is out now on Blu-ray