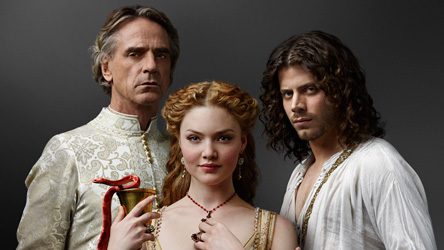 For season 3 The Borgias have amped up the sex appeal, the affairs and more… Some good, some not so good! LOL…

This weeks Written Revelry is focusing on the Showtime series, but beware… There are spoilers ahead!

Check out the full review after the jump!

I’ve liked this show, yeah it’s campy, but still it’s fascinating to see the take on the Borgias, the Church, the political wranglings of a still un-united Italy and Europe in general. And lets face it, Jeremy Irons revels in this role.

I got to see the first four episodes in advance and thought I’d wait until they were about to air the fourth before doing a review.

The show still revels in all the dramatic glory it did before, but what I had liked was that while it did deal in some of the more lascivious myths surrounding the family I felt most were probably true or could have been true. There’s some air of realism in it. However… 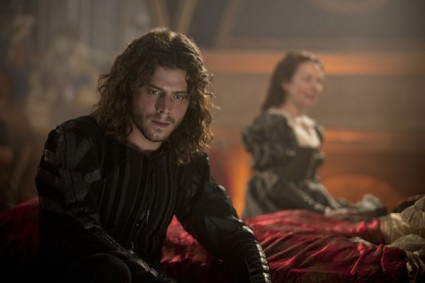 I can’t tell if they had always planned to go there, or if they feel “Game of Thrones” has made it sexy and acceptable, but I really don’t like the fact that Cesare and Lucrezia start an affair. I know there were rumors but I just don’t feel like anything in this series has really led me to think this was inevitable. It’s awkward and uncomfortable for me and takes the entire series down a salacious rabbit hole it didn’t need to go down. It had plenty already.

I have to admit starting a season off with the Pope nearly dying sets the tone for how exciting it’s going to be, and I like the fact that they made it look as retched as possible. I’m still a huge fan of Cesare’s hired man Micheletto and Catherina Sforza. I’d like to see a showdown with those two. His brute strength and cunning and her incredibly diabolical mind.

The Borgias are still not accepted by the “true” Romans and the constant jockeying for the papacy while Pope Alexander lays dying is a lot of fun to watch. Mostly because you know he’ll live and then they’ll all have to kiss his sacred tuckus. And though a little weakened by the experience Alexander is not going to take the betrayals lying down. 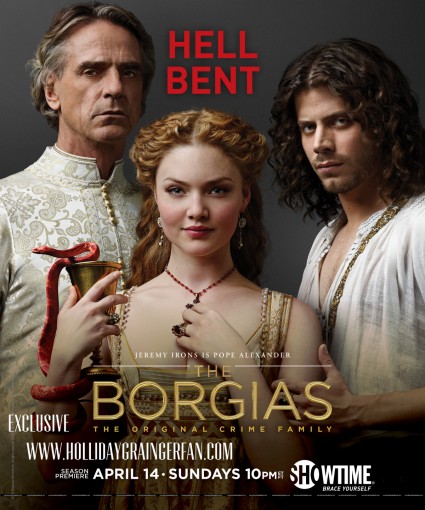 The relationships, maneuverings, back stabbing, new alliances, twists, etc. kept me riveted and that was just the first four episodes.

“The Borgias” season 3 promises to deliver all the goodies. 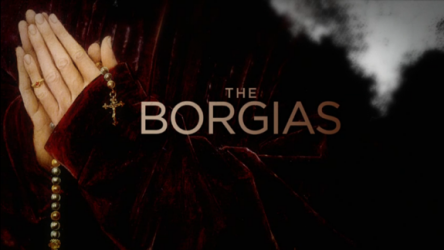