There are some things that are meant to be innocent but are just inherently creepy. One of those things, at least for me are dolls. They are just slightly disturbing, whether it’s the dead glass eyes or the small stature or being perfectly groomed, they just creep me out. Due to that fact, dolls are ripe for horror films. From Chucky to Puppetmaster, dolls have scared and delighted audiences for years. 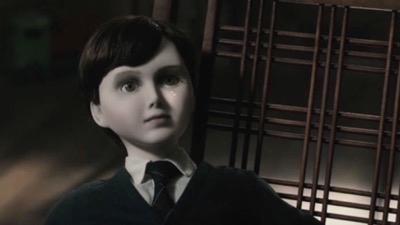 In The Boy, out now on Blu-ray, a doll is front and center and central to the plot. Greta Evans (Lauren Cohan), an American, takes a job working as a nanny for an upscale English couple. Their home is lavish and very well cared for. When she arrives, Greta is asked to wait in the parlor for the family. However, Greta is not one to just sit and wait, she starts poking around a bit and then runs into Malcolm (Rupert Evans) who is a local grocer. They two have an instant connection and form an immediate bond.

The tenants of the home, Mr. and Mrs. Heelshire (Jim Norton and Diana Hardcastle) show Greta around the house and then their son, Brahms. However, Brahms is not a “real” flesh and bone boy, he’s a porcelain doll. Greta at first thinks that this is a prank, but soon learns that the Heelshire’s are very serious, and treat Brahms as their child. Their “real” son died when he was eight years old in a fire and the Heelshire’s have used this doll as a replacement for him. Greta is now in charge of the doll and how he’s treated in the house. When Greta is left alone in the giant house, she grows uneasy and then senses that something may be off with the porcelain tyke. 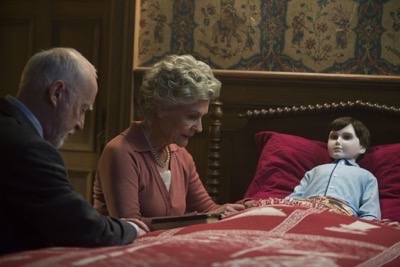 They Boy is an interesting film to say the least, may times in different forms of therapy puppets or dolls are used as coping mechanisms so it’s not beyond the realm of reasoning that the Heelshire’s would imprint themselves on an inorganic child. It’s a slow film and every beat takes it’s time to build to the thrills. We can clearly see that the film is building to a reveal but it takes it’s time getting there. Horror films like this to me are more disturbing because they can become a physiological exploration. 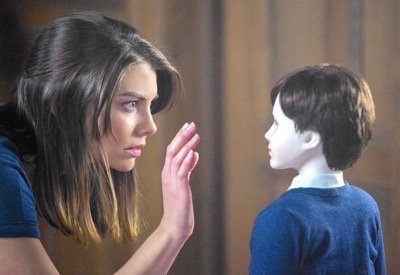 Sadly, The Boy really doesn’t take the opportunity to do just that. It’s a slow build up but that doesn’t mean it really gets under the characters skin in any real way. The film just scrapes the surface of each member in the cast enough so that we can understand them but never actually know them. It’s a tad frustrating, I do admit but even for it’s failings, The Boy is still an interesting story and a unique take on the horror genre. 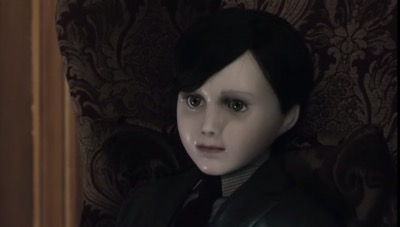 The Boy arrives on Blu-ray in a fine transfer thanks to Universal Home Video. The Boy was shot digitally and it looks stunning on high definition. It’s a fairly pristine picture, with fine details prevalent throughout the film. The house becomes another character in the story, and this really gets enhanced with the picture quality. The home really does come alive with the different fabrics and textures present in the upholstery. 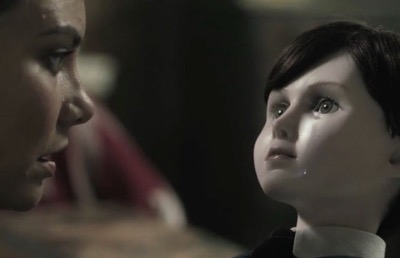 The really sad thing about this release is that The Boy doesn’t contain any supplemental bonus features. Not even a bonus making of doc, or talking head interview piece or gag reel. That is pretty disappointing. 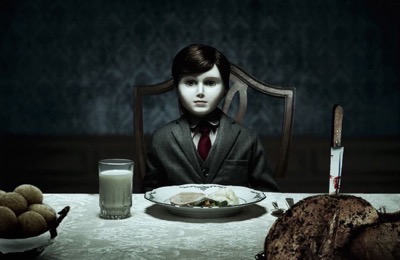 Overall, The Boy is a unique and interesting thriller. It’s almost like it could have been made thirty years ago to possibly more chilling effect. I do appreciate the fact that it wasn’t full of digital effects or simple scares. The Boy is reminiscent of old ghost stories like The Others, and I wish that more films were done in this fashion. I would rather be creeped out and left with lingering thoughts about a movie then jump out of my seat. I would check this one out.

The Boy is out now on Blu-ray!