It’s been said numerous times, that right now we’re in a golden age of television. With so many new networks starting up original programming and established networks putting out some of the best series in history, it’s clear that this is a true statement. One network that continues to surprise and delight me is FX. I remember a time when FX was the home to syndicated reruns and now they are putting out shows like Sons of Anarchy, Archer, Fargo and now The Bridge.

The Bridge season one is out now on DVD and Blu-ray and I have to tell you, if you have not seen this series before you are in for a treat. With some of the best acting and writing I’ve seen this year, The Bridge is quite simply a show not to be missed. 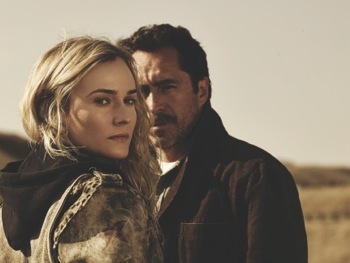 Borders; they seem to be everywhere. They can be simple such as “don’t cross this line” or private property or the lines that separate states and countries. The latter is at the heart and center of The Bridge, in particular the line separating North and South America and the cities El Paso, Texas and Cuidad Juarez. They are two cities joined at the hip sort of speak by the Bridge of the Americas. 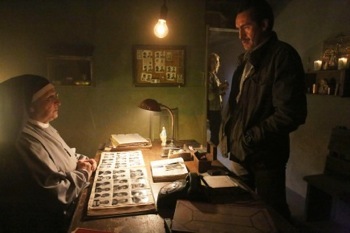 A mysterious blackout puts the bridge and the surrounding area in total and utter darkness for a few minutes. When the lights come back on, there’s a dead body on the imaginary line that separates the two countries. Both the United States police and the Mexican police show up to investigate, that’s when things really get interesting. The body, is actually two bodies, one an American Judge and the other a Mexican murder victim. 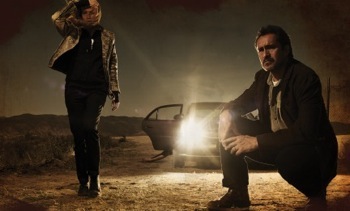 Texas Detective Sonya Cross (Diane Kruger) teams up with Mexican homicide investigator Marco Ruiz (Demián Bichir). Together they form an odd pairing and attempt to work together to solve the crime. 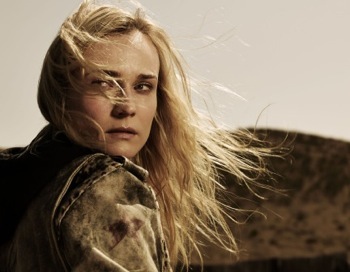 Almost characters themselves, the cities of El Paso Texas and Cuidad Juarez are shown as contrasting parts of two contrasting nations. El Paso being one of the cities with the lowest crime rates in the country and Cuidad with it’s high crime rates and drug sprees, demonstrate the apparent disconnect. Just like Cross and Ruiz, these cities show the best and worst, not just in each character but in each country as well. 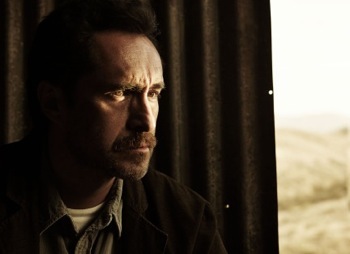 The Bridge is one of the those shows that allows for a slow build up and reveal. With many supporting characters and their various plots, viewers may appreciate being able to binge watch episodes to keep up. Plot lines such as Matthew Lillard being a journalist and Annabeth Gish as a rich widow who is uncovering that her late husband has left behind a lot of baggage, might be too dense for week to week viewing, but on DVD they are not overwhelming. 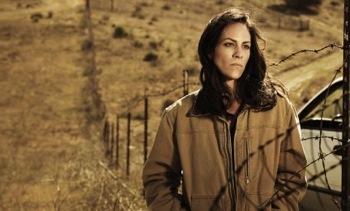 The performances in the series are top notch. Demián Bichir as Marco Ruiz delivers another excellent performance, you may remember him from being Mary Louise Parker’s husband on Weeds. Here he is given ample room to shine. Also, Matthew Lillard gives a career redefining performance as a weathered journalist and Annabeth Gish, who has always delivered solid performances nails the part of the wealthy widow.

When it comes to Diane Kruger, either you’re going to love or hate her character. Without revealing too much, the condition she’s afflicted with really peppers her performance, many have told me they can’t get over her character but I thought she really nailed the role. You may not love the character, but the performance is top notch! 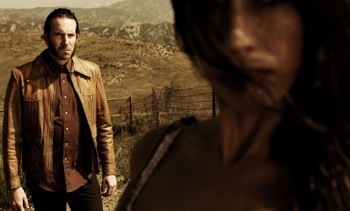 Special features on the DVD release include audio commentary on the pilot episode, Building The Bridge which is a behind the scenes featurette with interviews and footage, Ciudad Juarez: The Other Side of The Bridge with Damien Cave another featurette that looks into the city of Ciudad and the issues that they are having with the border there. There are also deleted scenes for certain episodes. 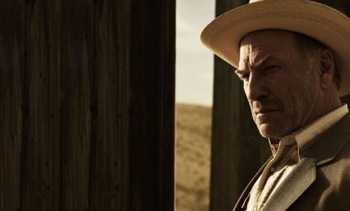 Overall, I really think that if you give The Bridge a chance, you are going to really enjoy this mystery series. The border has always been something that’s fascinated me and this show exemplifies why that is. With some amazing performances, this is one series that I hope FX gives a wide berth.

Plus, you can enter to win a copy of The Bridge season one on DVD!

The Bridge season 1 is out now on DVD! 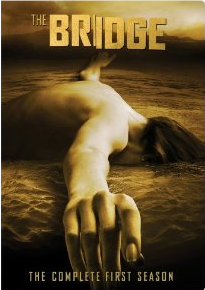