God bless Billy Beer. He’s a tad crazy and that’s why we love him. lol… Billy was out and about attending The Call movie premiere. The Call stars future X-Men: Days of Future Past star Halle Berry… And that’s pretty much it.

Billy on the other hand… I’m not even going to tease him on this one. All I have to say is that sometimes making a fool of yourself can reap its own rewards! LOL…

Check out Billy’s full report from The Call movie premiere below!

Welcome back to Billy Beer’s Barstool. Mike the Fanboy called my 911 line and said he was in desperate need for help. He hasn’t had a Billy Beer article in too long! That’s cause Billy Beer has been too busy running around Hollywood, working, and trying to sleep. Today we are running around trying to get the cast of the WWE movie The Call starring Halle Berry. Now to get Halle, would be great. I hear she’s a tough graph. Who I’m really here for is Michael Imperioli. For those who don’t know, The Sopranos is my favorite TV show, and he played Christopher. Time to start the adventure!

When I get there, I’m not liking what I see. They have the crowd section a little father away, and the carpet barricaded to the door. This means they’ll have to go inside and then come out another door to get to us. This is usually a good enough excuse for stars not to sign. Cause that door is so hard to open! There’s only a few of us here, and things are fairly calm. I’m saving 2 spots for a couple of friends, and again there’s drama about saving spots. UGH! Once everything is settled, my friends get there. I found out some of the people who are supposed to be walkers. Nobody I really have anything for, but one of the names on the list was Tommy Davidson. Now, I remember a lot of really bad early 90’s movies, and all of a sudden it clicked that Halle and Tommy were in the movie Strictly Business together. Off to the Amoeba to see if they have it, and they did. Now I don’t want people knowing how much I paid for the DVD, cause it was a little more than I wanted to pay. We’ll just say somewhere between 6.98 and 7.00.

Well, it’s time for things to be starting. The first person we see is Roma Maffia. After she finished signing a 10 stack for someone and walked past, I was told I needed her on my cast picture. Oops!  We passed the picture down the line, and it got done. 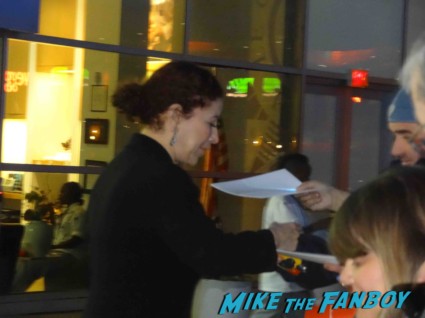 We finally see our first red carpet walker. It’s Jodi Lynn O’Keefe. I call her over for a picture, and she comes right over. She was super nice. 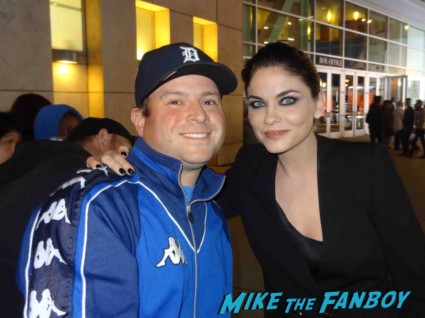 Next walker to come over was Robert something. Not sure who this guy is, but I was told he’s going to be a big thing here soon, so I take a picture with him. TOTAL FAIL! If he does become big, then I’ll have this to look back at. 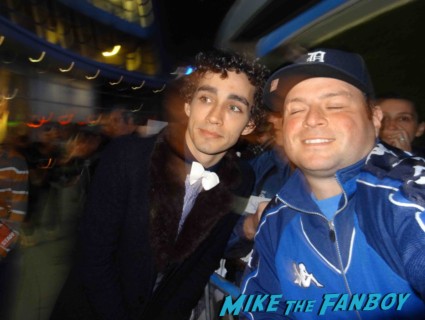 It’s taking a while for the main cast members to get here, but we got another walker, Jake T. Austin from Disney. Wonder if he’ll be at the Spring Breakers premiere coming up here soon for Selena. 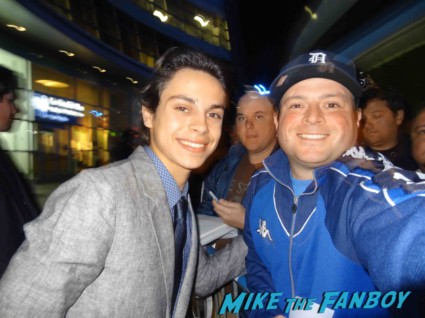 We’re finally starting to see some of the cast members finish on the carpet. Michael Eklund was the first to come over. He was super cool, and after signing another 10 stack for someone (annoying) he signed my cast photo.

Morris Chestnut was next to come over. This is starting to be a good sign. He takes a few pictures, signs 3 more, then 3 more, then 3 more for one person, and finally gets to my cast piece. He signs it and I thank him. Couldn’t have been nicer.

We have been hearing Abigail Breslin’s name yelled by the photogs, but have yet to see her. Still no Michael. Now all eyes are on Halle. We’re waiting for her and David Otunga’s interviews to be over. It doesn’t look like Michael is even here. Grrrrrrrrr! And there is no sight of Abigail. Grrrrrrrr! So it’s pretty much Halle or fail.

Desperate times call for desperate measures. We all start chanting Halle’s name. We get a wave, but that’s about it. Still no sign if she’s going to sign or not. Now she’s taking a picture with Tommy. Time to make an ass out of myself. I start yelling STRICTLY BUSINESS!!!! I HAVE THE DVD FOR YOU TO SIGN!!!!! STRICTLY BUSINESS!!!! Thanks to PopCandies, there is video proof of this, and the funny part is seeing Halle’s reaction.

It’s as if she’s in shock anyone would remember that movie let alone have a copy of it. She even turns her head and you can see her mouth the words “strictly business” Tommy then makes the signal that at least he will be coming over. We all start cheering again, and low and behold, Halle makes her way over. She decides to start on the other end and make her way down. People are throwing shit on top of other people’s shit. 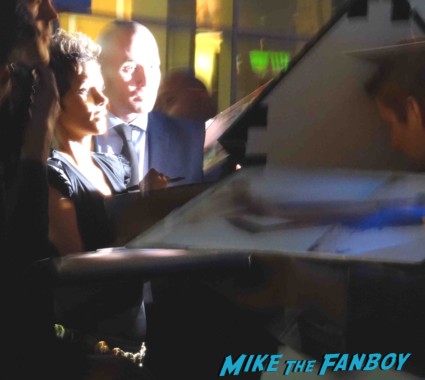 I’m doing the best I can to get the DVD and my Photo out for her. She signs the image that someone put on top of my DVD, and then grabs my DVD. YES! 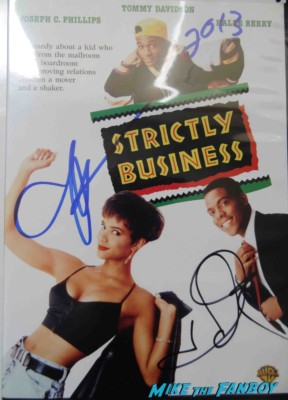 Now if she only signs that, and doesn’t get my picture, let’s just say it wouldn’t be one of my prouder moments. Luckily the next thing she grabbed was my photo.

YES! Sometimes making an ass out of yourself pays off, and today was that day 🙂 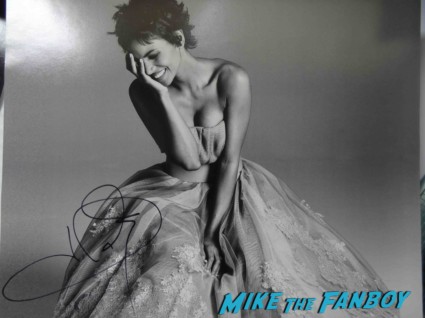 (Thanks to The Other Mike for the two Halle Berry photos!)

Now I made sure to mention this was a WWE movie, cause that would only mean 1 thing……TRAVO in the house!!!!

David came over a little after Halle. Luckily we were able to get him to come over to us. 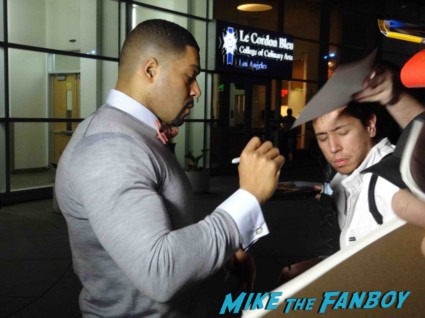 I had my Summer Slam Programs, and Travo had is Big Book. 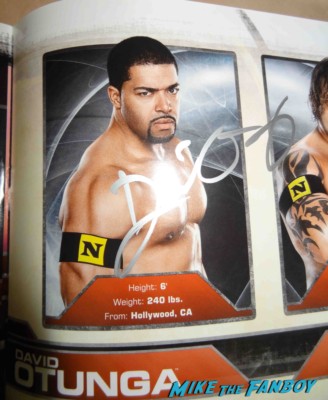 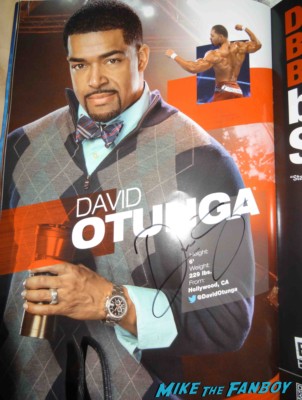 After fumbling through our stuff, we were able to get all of our stuff done, and Travo got a picture.

Well, even though I said if I didn’t get Michael I would be disappointed, we were able to make the best out of the situation, and make it a great night. Now it’s time to do what Travo and I do best. Off to Chili’s, it’s Happy Hour there right now! 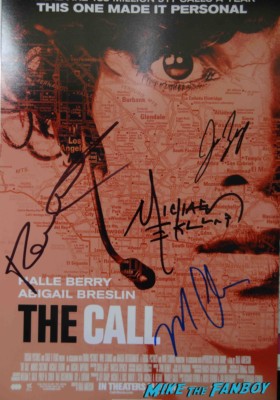