When it comes to drama series, there’s no one who can do it like Shonda Rhimes. She has a way of balancing the drama with moments that are either jaw dropping or leveraged with bits of humor. In the latest series from Shonda-land, The Catch, the light hearted moments are on full display. In fact, the series which plays like a cat and mouse serial, is a fun and unique balancing act between two interesting opponents. 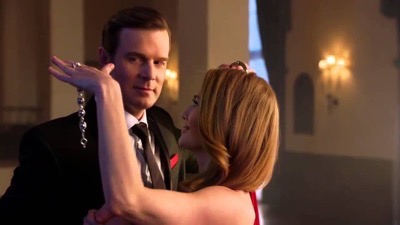 The Catch: The Complete First Season is out now on DVD, is a fun and witty new drama. Alice Vaughn (Mireille Enos) is the point person of a high powered security company. She stops thieves in their tracks and has been tracking a con artist who has somehow eluded her crack team. 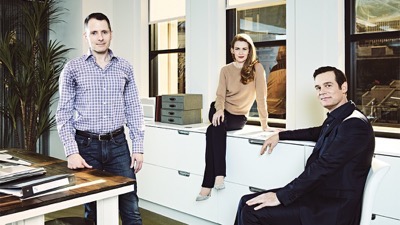 The team sets up an elaborate plan to capture Ben (Peter Krause), however he cleverly avoids their trap. When Alice gets home, she’s greeted by her fiancé, Ben, yes the same man who she has been trying to capture. Ben’s scam is clearly laid out in the beginning of the series and he’s torn between pulling off the long term scam and his feelings for Alice. 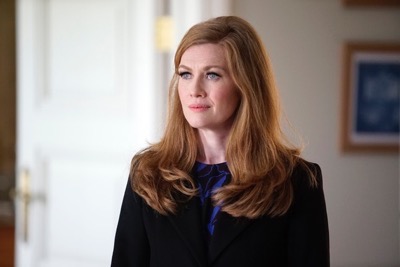 Alice, when she discovers the scam that Ben has been running, is clearly hurt and on the hunt to try and get him with even more vigor. This sets up the cat and mouse game between the two opposing forces… Forces with a lot of baggage. 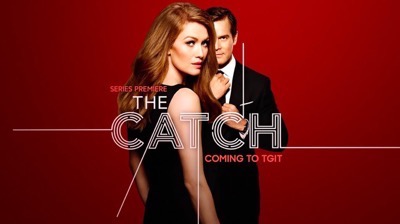 The interesting thing about the series is that it really is a show that seems to be from another place and time. It’s almost retro in its storytelling, which is even called out by the visual editing and special effects. The slow motion shots and split screens really hearken back to a different decade. I know a lot of people have criticized the series for this, but personally I like it. The vibe’s retro cool really fits the caper quality of the series and sets it apart from the rest of the ABC Shonda-Land series. 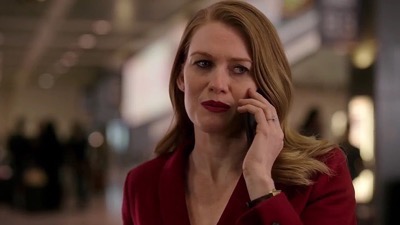 The two leads really add a lot to the series, while Mireille Enos might not be a household name, she has done such an amazing job on series ranging from Big Love to The Killing and here she brings all her skill to the role. Peter Krause, who previously brought a silent rage and intensity to Six Feet Under, here brings such levity to the role. You can see that he has all the emotions underneath but plays everything with such a light touch. Their relationship is the key to the series. 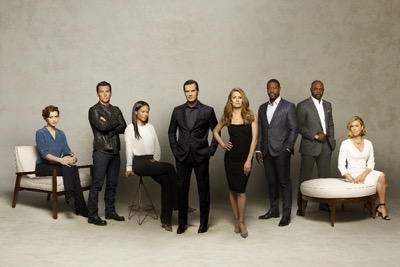 The Catch: The Complete First Season arrives on DVD in a fine transfer thanks to ABC Studios. Due to the fact that this is a standard DVD edition of The Catch and not a high definition Blu-ray the picture quality is not going to be as pristine as it could be. I really wish it was in high definition because the color palate of the series has that retro color palate that I think would have been enhanced on high definition. Here, while the picture is better than the broadcast version, its comparable. 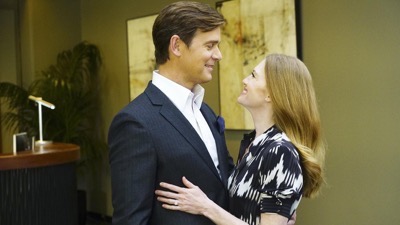 Special features available on this release include a blooper reel that runs just about three minutes long. There are also about four deleted scenes. It would have been nice to see some additional features especially for a first year show. A look at the editing style or perhaps just a talking head EPK would have been good. 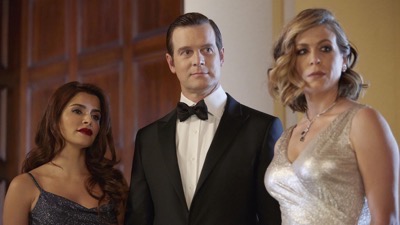 Overall,  while The Catch may not be appointment viewing at first glance, after a few episodes you just might find yourself getting more interested in this wacky caper series. It has a lighter touch than most Shonda-Land series and I like that. It’s a nice departure and it gives the actors a lot of room to breathe which helps bring out a lot of their personality.

The Catch: The Complete First Season is out now on DVD!