The thing I love about watching movies at home is that it gives new life to films that one might not see in the theaters for various reasons. I don’t know what it is about some films that makes them feel more assessable during home viewing but you see it time and time again. It could be subject matter, filming style, etc… but these movie just feel right when watching them sitting on the couch with friends. 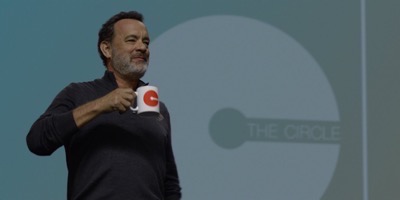 In The Circle, out August 1 on Blu-ray, Tom Hanks takes on Dave Eggers novel with varying degrees of success. The subject matter, online surveillance, permissions and having a google-esque company take over the world doesn’t seem so far fetched in 2017 and that’s part of the fun.

A simple, shy customer service rep named Mae (Emma Watson) lives a simple drudge like existence. She’s looking for a change of pace and her friend Annie (Karen Gillan) gives her an opportunity to join The Circle, a giant tech company thats resemblance to Google is alarming. Mae jumps at the chance and loves being a part of the high tech team and its high tech campus. Her life however, is under constant surveillance. 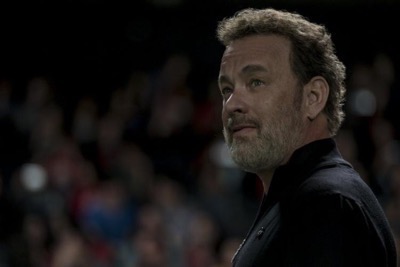 Mae is intent on proving herself to Eamon (Tom Hanks) who is the co-founder of The Circle and starts getting attention and moving up the ladder. With this advancement, Mae surrenders her life to The Circle. She becomes the model employee and gets famous within The Circle ranks. Mae abandons her old life, her old friends like Mercer (Ellar Coltrane) and of course Mae gets a happy endings… Oh wait… 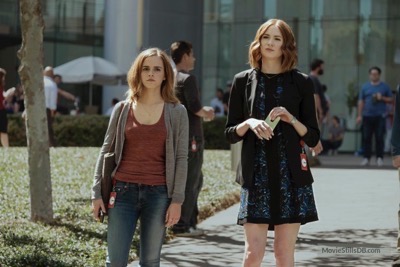 Vinnie (Bill Paxton), Mae’s father is struggling with M.S. and the confines of The Circle helps Mae deal with the pain this is causing, seeing her father struggle with physical limitations, the medical bills, etc… The Circle provides everything for its employees on its campus, they live, eat, golf and spend their lives there. This keeps Mae confined to The Circle as she grows within their ranks.

The Circle launches a new program called SeeChange, which allows Circle members to place tiny cameras anywhere they want that will stop politicians and police from owning information. This is when her parents push back because, “Hey this might be a little too invasive.” Having the story be so applicable to the present day might seem like a good thing but when modern day is scarier than what happens in the film, there’s a bit of an issue. 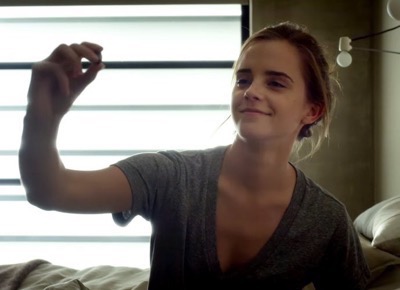 Mae turns to the dark side, and it’s here where the film starts to fall apart a little. Her transition isn’t fleshed out enough and some scenes are so over the top it’s hard to believe. Mae’s rise and her willingness to trade her life for The Circle become quizzical and very hard to believe. The ascension of her character isn’t given enough time to make it believable and it really hampers the ability of the viewer to be drawn into the film.

The Circle arrives on Blu-ray in a fine transfer thanks to Lionsgate Home Video. The transfer is sold with fine details and very little picture fallout. The landscapes, such as those on the campus and the inside building shots are really amplified on blu-ray. There may not be the high definition look, in fact the picture has a very natural look, but I think that helps the film and is clearly a filmmaker’s choice.

No More Secrets: Completing The Circle – This is a set of four featurettes running about a half hour that deal with different aspects of the films production.

The Future Won’t Wait: Design and Technology – This is a look at the production design of the film.

A True Original: Remembering Bill Paxton – This is a nice spotlight on the late Bill Paxton. 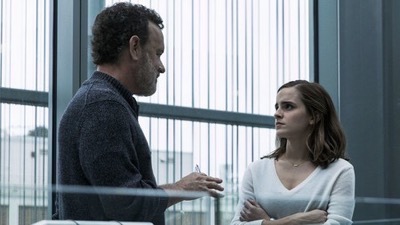 Overall, I liked The Circle, it was just a little frustrating with so much material to be mined in this day and age to have it go over the top and fall flat. The film works better at home than the large screen where its flaws overweighed the positive parts of the film. Still, the actors involved are too good to be given a script that wasn’t up to snuff. Even with it’s flaws, The Circle is worth seeing even if just for the ideas that it presents.

The Circle is out on Blu-ray August 1.