One of my favorite television shows of all time is The Comeback. It was ahead of it’s time and one of the best television shows ever to grace the airwaves of HBO. Because of that it was cancelled after one season.

The television landscape has changed a lot since then and HBO has given The Comeback a… well… Comeback. It came back with a series of amazing episodes top-lined by Lisa Kudrow.

Last night Suddenly Susan and I headed down to the Paley Center for a lively q and a with the cast and creator of the series Michael Patrick King. On the panel was star Lisa Kudrow, Michael Patrick King, Lance Barber, Laura Silverman, Robert Michael Morris and Dan Bucatinsky.

It was a fun panel and the stars clearly have an affection for the show and each other.

“There was so much goodwill towards the show, just that it was coming back!” exclaimed Lisa Kudrow. “Just at the point, just before people were going to see it, that’s when I panicked. ‘Did we miss?’ And then when the answer was you didn’t miss. I was like Thank God!”

“They were wrong!” Lisa Kudrow popped in. “It was pretty clear back then, the people who found it too humiliating, ‘that’s okay’ you’re not there yet, other people get it.” 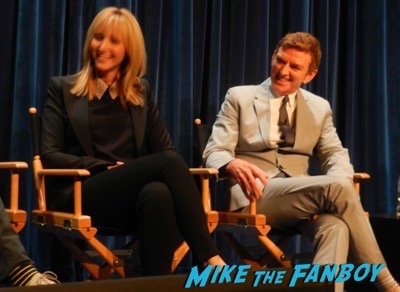 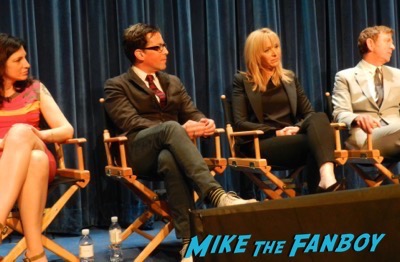 There were so many difficult scene to shoot in the series when it came back, from emotions to snakes.

“The truck was harder than the fight. After the trunk I had to go and cry. Because the hands and tape in the trunk kind of got to me. That’s all. Just that!” Lisa said.

“I want to add, when you were writing it, Lisa said this is going to be a hard day for me.” Michael Patrick King mentioned. “The other story I have to tell you is that the snakes were not doing a good job for like four takes. It was not what we imagined. The snake was other here, and over there. I said, ‘Lisa that wasn’t funny yet the snake and you didn’t connect’ Lisa got back in the trunk…”

“No… No, I didn’t!” Yelled Lisa! “I wasn’t that compliant. I said that’s too bad. I knew that he was probably right, damn him, I was so infuriated. I said, ‘I’m going to get a god damned snake and put it in video village!’ and then… I was so crazed.”

“Then she got in. The thing is, we put the snake in the trunk and then we closed it.” Michael Patrick King said. “Literally the next take, it was the take that was funny.” 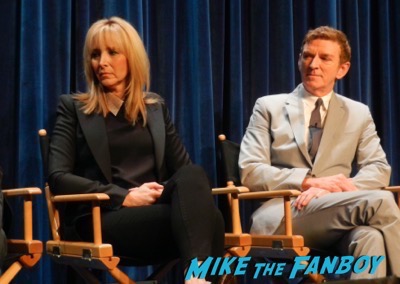 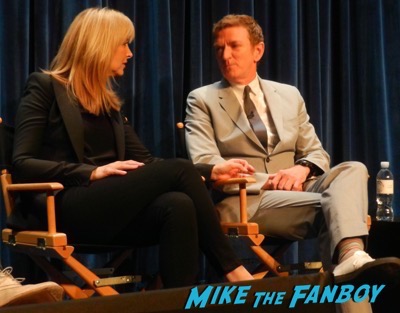 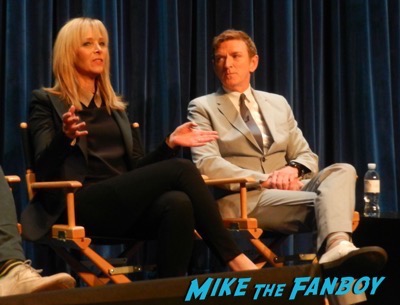 How was it going back to playing Valerie?

“For a split second no, and then yes.” Lisa mentioned. “I remember after a take or two I was worried, ‘it this right?’ and then everybody who didn’t know I was a little worried was like this is just the way it was. We were all a little worried.”

Jane is one of my favorite and I think most complex characters on the series. She has had some awesome moments on the show and goes from friend to producer to director.

“I think that as soon as it becomes a reality, and you kind of feel it, the very first day she shows up to work and it’s like… It goes from this farmhouse and all of a sudden I’m standing here with these guys and doing the same thing. Right at that moment she gets hungry and says, ‘how do I make this a worthwhile experience for myself?’ She’s not going to stop until she realizes her vision.” said Laura Silverman.

“The genius of having us know right away about Jane, that she is an Oscar winning documentary filmmaker, we trust it in a different way.” Said Dan Bucatinsky.

“I think Jane see’s the story of how women are viewed in Hollywood.” Mentioned Michael Patrick King.

“She’s not going to let anything stop her.” said Laura, “She knows what’s best for Valerie in the end.” 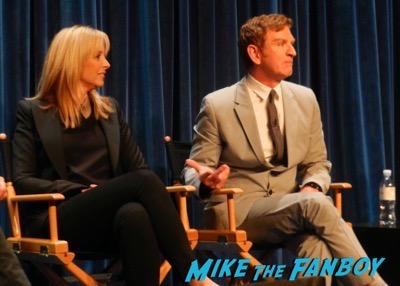 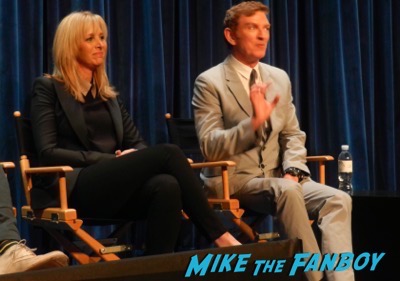 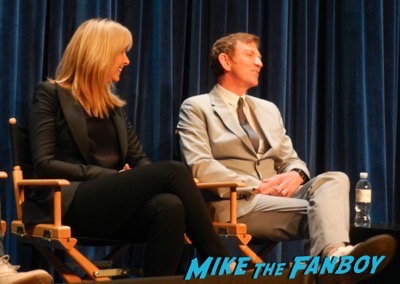 After the panel the cast was very nice. Laura, Dan and Lance Barber all came over and signed Susan’s poster and then my poster as well. Lisa Kudrow came over to sign and then talked with some people but came back to Susan and I. She was very cordial and happy to sign. She signed my Comeback season 2 poster, my Romy and Michele poster and my Comeback season 2 teaser poster as well. She said, “I love this one!”

She didn’t take photos with people though, saying, you can take a picture of me.

Michael Patrick King also came over to sign for Susan and I as well. He was so nice.

It was such a fun evening, and it’s so rare to spend a night with the cast of one of your favorite shows. 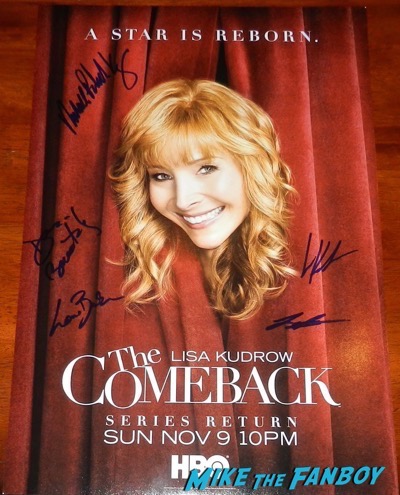 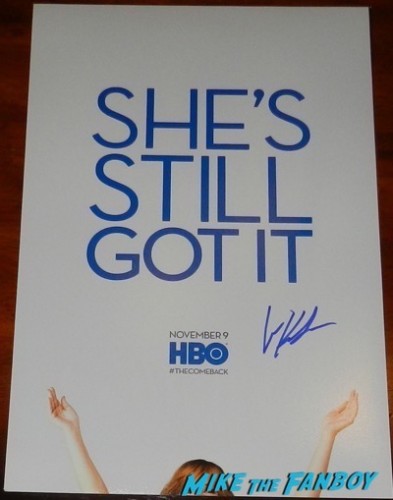 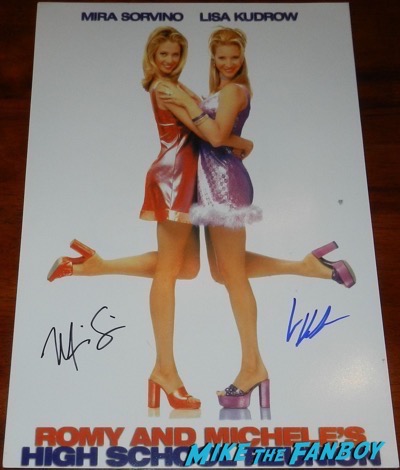