That’s how I felt today. Now, Lisa Kudrow plagues me. Love her. So funny. Friends, Opposite of Sex, Romy and Michele, and one of my favorite shows, The Comeback. It lasted for 13 episodes on HBO and is now back after nine years for a six episode run. 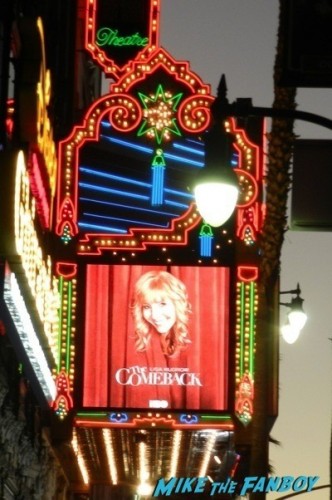 Now, Lisa… She’s not that fan friendly, but thinking today’s her premiere I thought, okay, she might be cool. 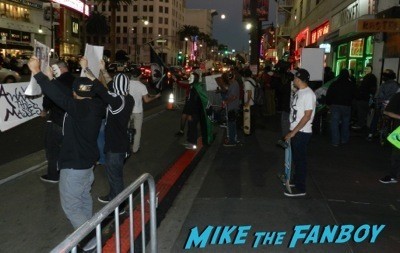 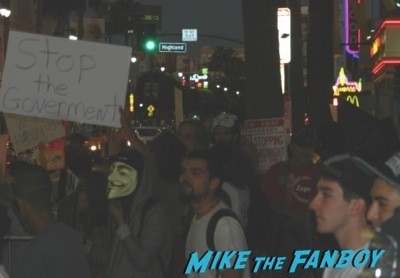 Apparently, there were cops in riot gear as a protest was going on. I think the protest had something to do with the government, and war? Someone also had a sign that said something about drugs, so a government on drugs maybe? 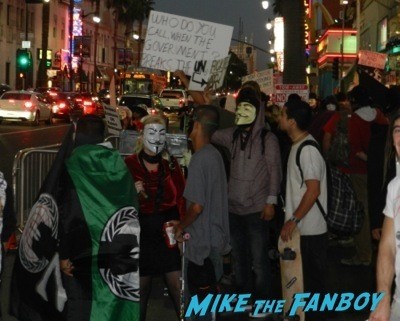 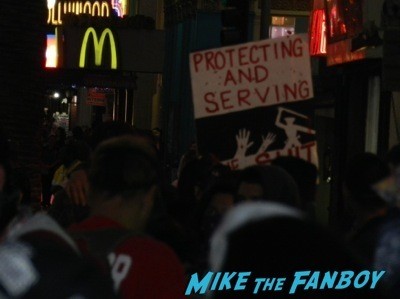 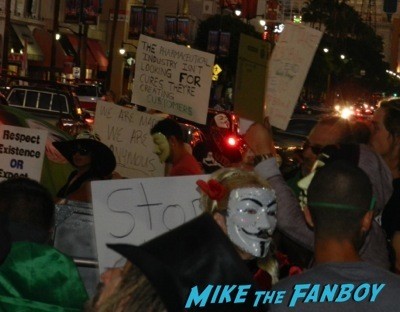 All I know is, there were fifty people dancing around in V for Vendetta masks and playing heavy metal music while a ton of cops gathered around….

All this while the setup for the premiere was happening. It was a little odd and jarring. 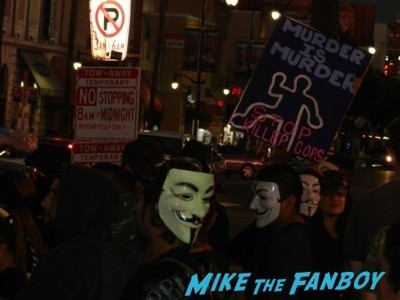 Now, i figured. This would be a small premiere, but there’s noooo one. I’m like.. Ummmmm… Okay.

I thought at worst I could get some of the smaller people in the cast. I love the show, so even if Lisa Kudrow didn’t do it, maybe someone else would, that I normally wouldn’t see. 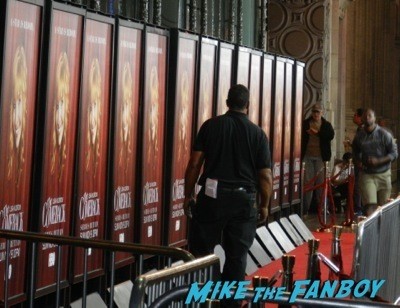 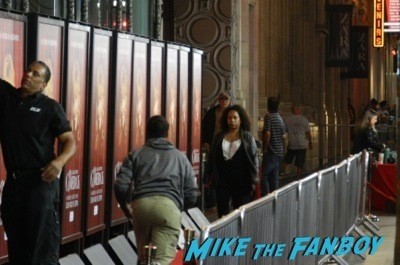 Since the V for Vendetta protestors were kind of taking over, and no one else was here, I took off for a bit figuring I would come back if things settle down.

When I got back, there were random tourists looking around, so I just waited for a bit. Superman Chris and Tim were here, but that’s about it. After a while of nothing, thankfully, the protestors totally left.

I thought, oh this is great, the Lisa Kudrow riot is over!

Then a man with a plastic house on his head rode a bike around the carpet in the street saying, “I spit on hollywood and celebrities!”

I thought, then why are you in Hollywood? Ummmmmm

some of the smaller cast is here, I yell for them with but honestly, they don’t probably get people yelling for them, so they don’t even look over at the sad Canadian yelling. Doh! 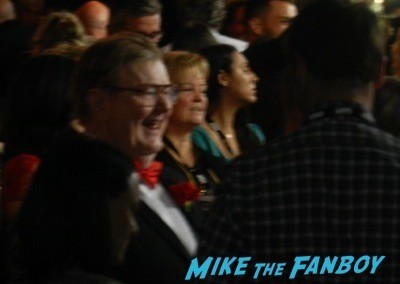 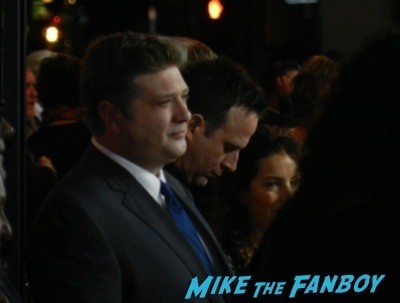 and a few others… So bummed this setup isn’t better… 🙁 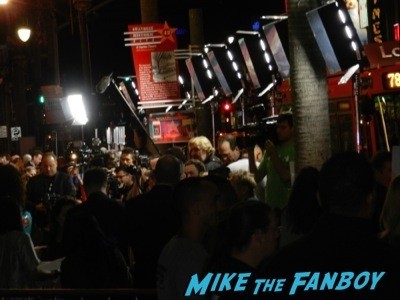 Then as time ticked and ticked by finally Lisa Kudrow arrived. I still had a faint glimmer of hope. 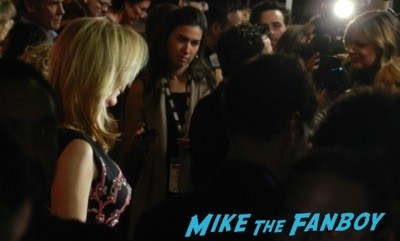 Everyone yelled, and yelled and yelled, she actually waved and then she stood there for about nine minutes picking lint off a guys suit… 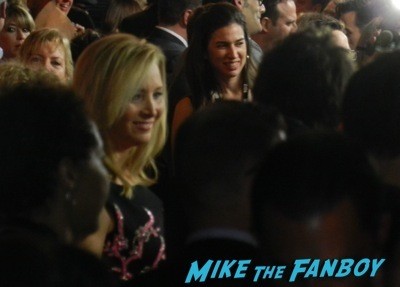 I walked around to the other side, but it was so faraway, I couldn’t even see the carpet. Doh!

Maybe there will be another Comeback for The Comeback?