Home / Horror • JM • Movie Reviews • Reviews / The Conjuring Blu-Ray Review! JM Says It Was Worth All The Praise And Hoopla!

I have to tell you, I loved The Conjuring. Honestly, it’s probably the best horror movie of the past year. I was surprised at how much I enjoyed the movie and it rises above the cutter of horror films into a suspenseful ghost story.

Of course Warner Brothers would do it again. After releasing the hit film “The Exorcist” 40 years ago, it only makes sense one of their biggest movies this year would be a horror film, “The Conjuring.” Sure it can just be a coincidence, but it’s rather remarkable that “The Conjuring” just snuck up on audiences this summer much like the iconic “The Exorcist” many decades ago. 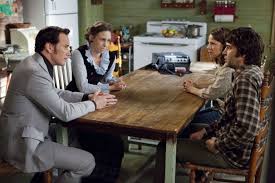 In the vain of similar horror films like “The Amityville Horror” and “The Haunting,” this supernatural horror stuns you from the very beginning. “The Conjuring” tells the story of paranormal investigators Ed and Lorraine Warren (Patrick Wilson and Vera Farmiga), who are also well-regarded American authors and have become associated with investigating hauntings around the United States. 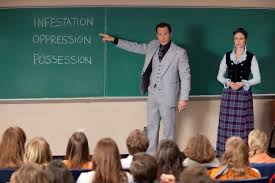 Recently, Roger and Carolyn Perron (Ron Livingston and Lili Taylor) moved into an old dilapidated farmhouse in Rhode Island with their five daughters, but soon strange things start occurring on a regular basis including their dog being found dead outside. These strange paranormal disturbances soon start taking a toll on the family and Carolyn seeks out the Warrens for their assistance after attending a seminar of theirs. 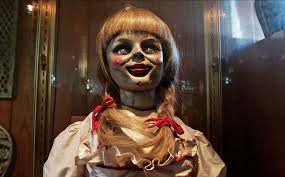 Although reluctant at first, the Warrens head to the farmhouse and agree an exorcism will be needed upon their initial investigation. However, due to requiring the Catholic Church’s approval they need further evidence to actually authorize the exorcism. The Warrens continue their investigation only to discover the farmhouse has been cursed and once belonged to a witch, but is their discovery too late? 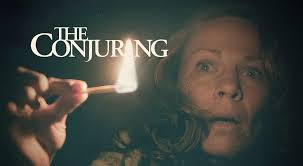 Movies like “The Conjuring” are exactly why I first fell in love with watching scary movies at a young age. Like James Wan previous directorial effort “Insidious,” the film retains a great balance with storytelling and shock value without “jumping the shark” too early to reveal the real spookiness of this film. Honestly, I went into this film not knowing what to expect. Often times with movies attracting high box office numbers we tend to assume the film is “automatically good” or even “great,” but often times that’s not necessarily the case. This happens to be one of the rare situations where a horror film not only attracted a large audience, but also was well worth all the praise and hoopla. 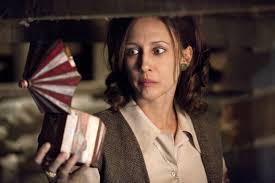 Patrick Wilson has redefined himself as a great horror actor and I hope he does more supernatural films. If I said five years ago James Wan was this generation’s Wes Craven, people would have probably laughed at me, but the fact he has contributed to two successful horror franchises “Saw” and “Insidious” and helmed the largest opening for an R-rated horror film ($41.5 million) speaks large volumes. Considering there might be a sequel to “The Conjuring” I’m definitely intrigued to see what Wan has in store next (besides the “Fast & Furious” sequel”).

Now my review might seem a little late for the Blu-ray/DVD release, but I wanted to watch the film both before and after Halloween to see if the film holds up. Yes, the film definitely holds up and will be amongst those really amazing supernatural films like “Poltergeist,” “Omen,” “The Haunting,” “The Amityville Horror,” etc. All around this is one horror film you should definitely consider owning. My only complaint are the lackluster special features on the Blu-ray/DVD combo. There are only a handful of special features, albeit with the real Perron family and Lorraine Warren, but nothing substantial to warrant watching unless you have 30 minutes to kill. I just wish there were some cast/crew commentaries to discuss the film, but I guess you can’t win them all.

By the way, don’t forget to enter “The Conjuring” contest to win a promo Annabelle Doll!