Alicia Vikander had a q and a for The Danish Girl this week and Billy had to be there!

Welcome back to Billy Beer’s Bar Stool. Today we are off to see the lovely Alicia Vikander at a Q & A for the Danish Girl. She was out promoting it at a few different venues only a day after she was at the Palm Springs Film Festival. Sadly, she did not sign there after being listed as a Top 10 signer on this amazing and prestigious website. Hopefully she can redeem herself, cause she honestly is one of the nicest actresses so far this award season.

When we get there, there’s only a couple of other people waiting in their cars trying to stay warm. There’s only five of us, so the “crowd” won’t scare her. Finally after about 45 minutes of waiting, an SUV pulls up. She had just come from one Q & A that I heard she came down from the stage and was going to sign, but then security rushed her out. We call over for her and told her we were at Palm Springs. She comes right over and tells us she’ll do one each. She was super nice and really did about two each, but making sure everyone got at least one. She kinda reminds me of Jessica Chastain, where she’s very polite, but tries to do one each so she can make sure she signs for everyone. It’s a bit cold outside, so after she made sure everyone was taken care of, she tell us she has to get out of the cold. 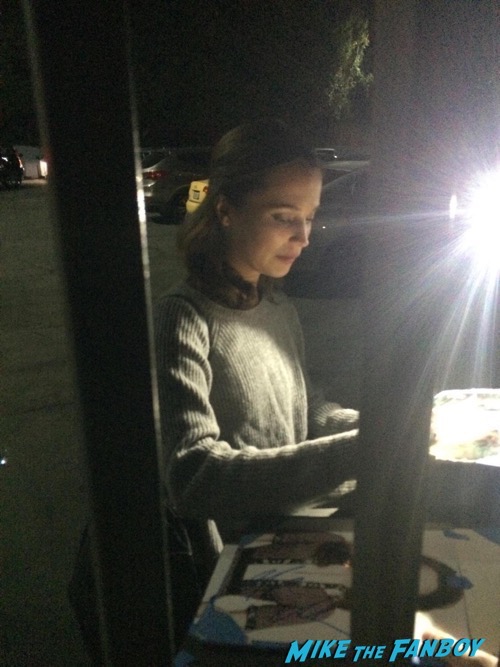 I decide to see if she will do it on the way out too. A couple of people left and a couple of new people joined, but the numbers are still around five. People and cars begin to leave and finally we see Alicia again. We call out to her, and she tells us she’s cold, and will roll down and do one each. The fact she’s doing it again and probably remembers a couple of us, I don’t try and push it and happily get my one and then ask for a picture which she has no problem doing. I was done, I walked away and listen to someone trying to get her to sign more, but she rolled up the window and drove away. 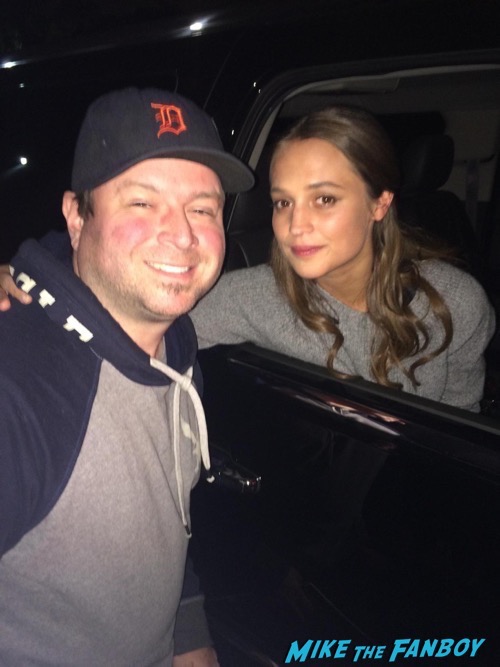 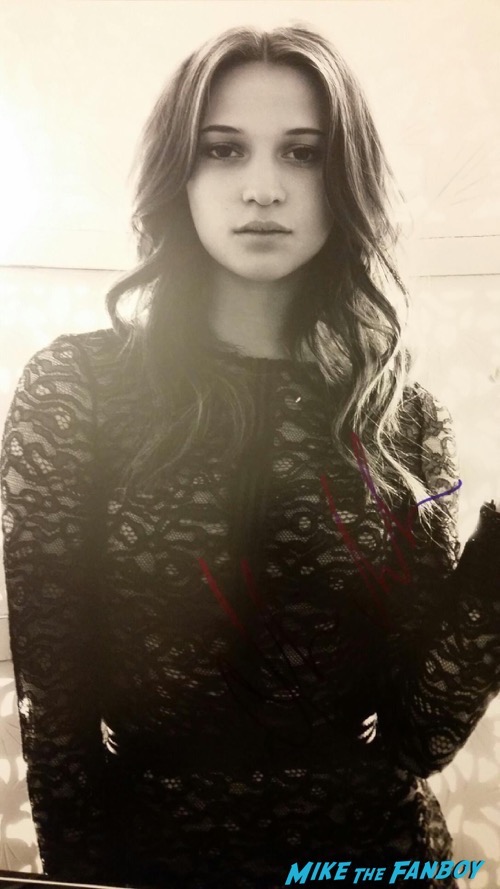 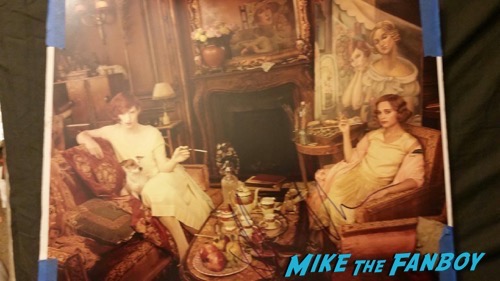 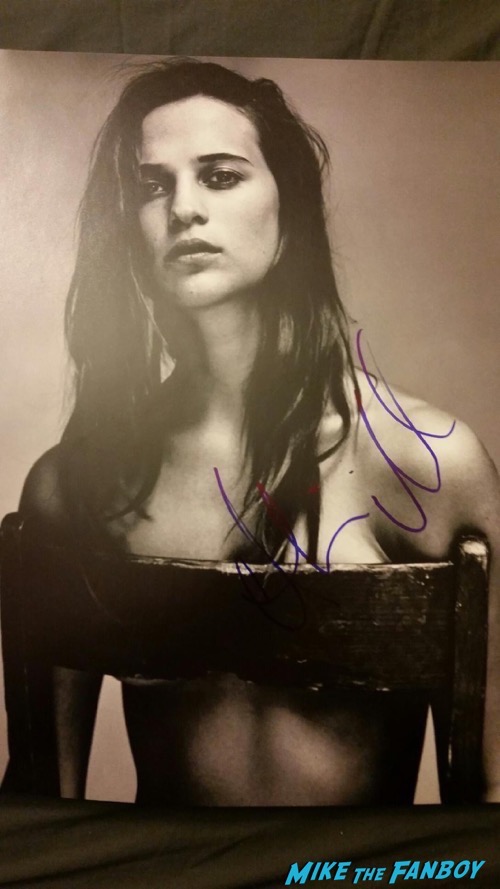