It’s Christmas! And what a perfect time to talk a little horror! Movies that is. LOL…

Ace just sent in this great recap from the Day of the Dead record signing with George Romero and a whole heap of awesome horror stars.

What’s up autograph fanatics! Ace here with a recap of the Day of the Dead screening and record signing!

If you recall a couple months ago, Mike the Fanboy promoted a record signing and screening at the Egyptian theatre.

As soon as I heard George Romero would be there, I got tickets as soon as I could.

If you have read my past articles, you would know I am a big time horror junkie. Not to mention, I love records so this was my kind of an event.

We arrived a couple hours early to make sure that we could get a few of the guests standing around in the lobby, or get some of the guests on the way in to the theatre. Regardless, I pulled photos for Greg Nicotero, Howard Berger, Tom Savini, and any other friends of Romero that would possibly attend.

After ten minutes of buying my records and tickets, Greg Nicotero comes in the back way. Sometimes you just have that feeling that other people might show up. Luckily I brought at least half the stuff I need Nicotero on. 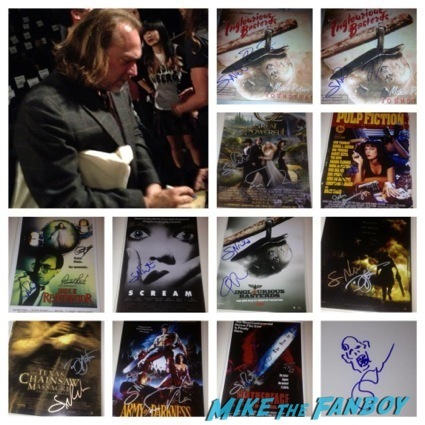 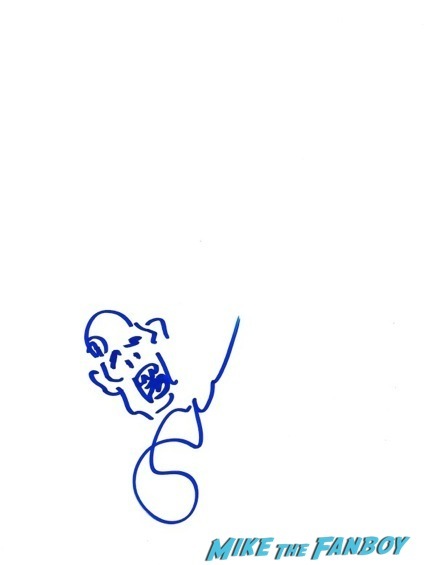 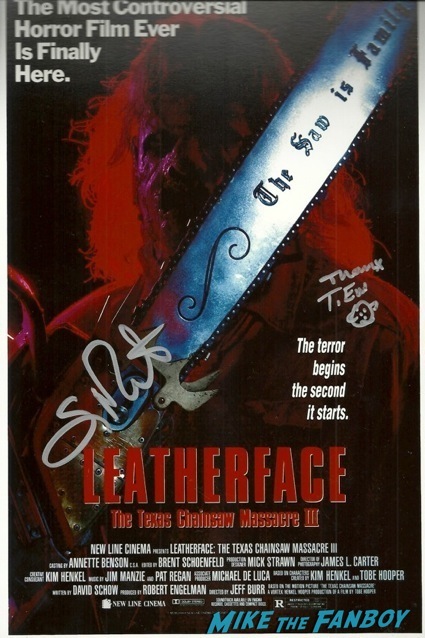 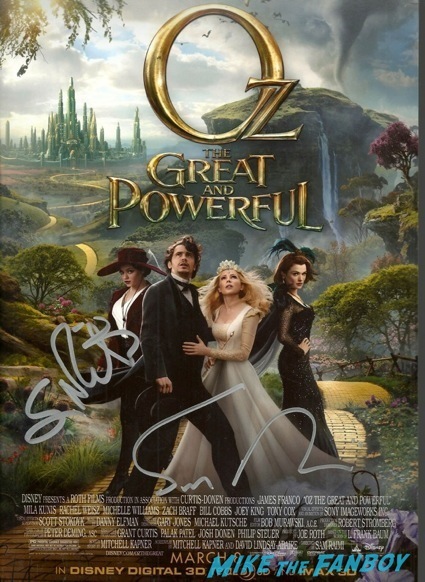 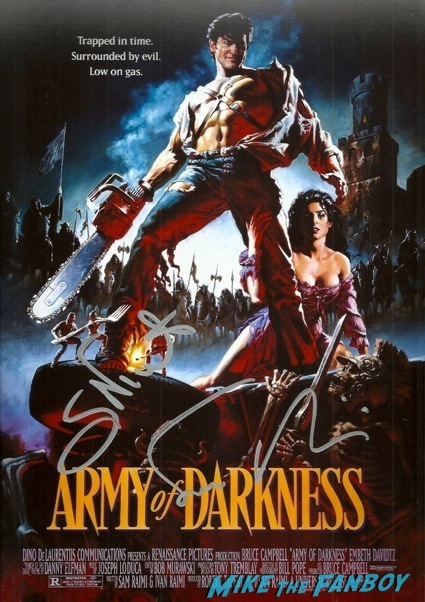 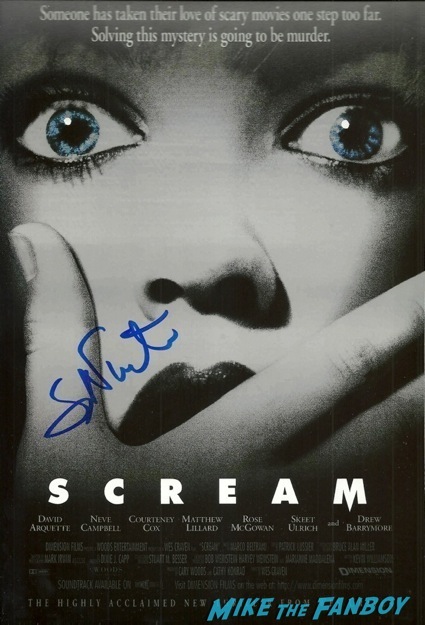 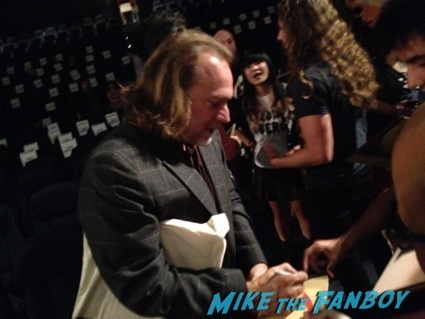 Nicotero was SO NICE! He was so happy to see the stuff I had… I finally added him to my Inglorious Basterd records and a ton of 8 x 12s of movies that he worked on.

He let me know that Howard Berger would show up, and that I should be on the look out.

We eventually are let in to the theatre and head to our seats. I was worried that Nicotero might not be part of the signing at the end of the movie, so he signed our records as he was getting popcorn.


We sit down and the movie begins… As the intro plays, I see George Romero creep into the theatre from the side entrance.  I thought it was so cool that he would watch the movie with us. Its not even like there was a private section, he just sat in the middle section with his fans.

I see tons of people that worked on the movie… Of course, they never ask any of these people to be part of the Q & A or signing, but they make it important enough to point them out. Sigh… They were important parts of the film too. 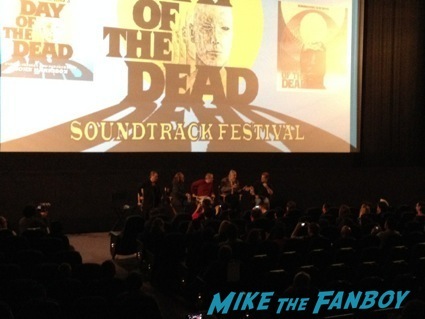 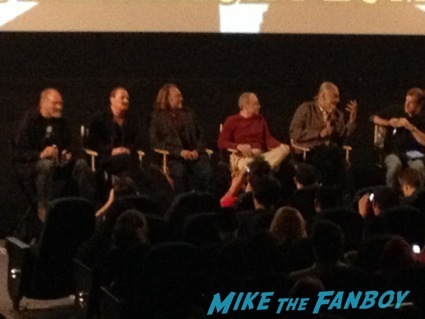 After the film and Q & A end, there is a fifteen-minute intermission. Of course, we were hesitant to approach the other guests as they asked us not to. One of the event coordinators could see the look on our faces, and without even asking, somehow knew, and gave us the go ahead.

Joseph Pilato was on the right side of the theatre. He plays a pretty major role in the film, so he was thrilled when we started asking. The only bad part was that people waiting in line saw, and started to follow our lead. 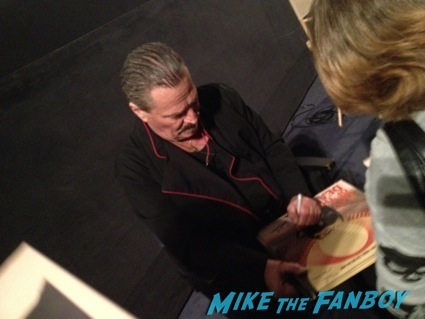 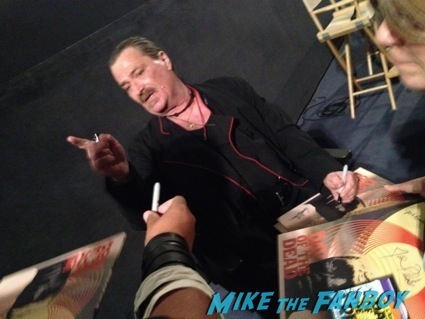 David Schow, a notable horror writer for films such as the Crow and TCM, was also lingering around. As soon as I saw him, I luckily had a few mini posters and asked him to sign them. He was as nice as could be…

Of course, I knew it was going to happen… but they didn’t ask Nicotero or Pilato to be part of the signing. As they realized it was taking people away, they asked Pilato if he minded, and he joined the table right away.

Nicotero, on the other hand, you could kind of tell he was disappointed he wasn’t asked. I asked him for a sketch and he pretended that he had to leave so it didn’t seem he was lingering around. He was so nice… Just a class act. Of course, everyone swamped him as soon as we asked.

At that point in time, we decided it was time to get back in line. It probably took an hour or so before we got to the front of the line.

Now, they were completely strict about their record only policy. Moz thought of a genius way to get another Romero though. While I hate for paying for autographs, these records were beautiful. The records were only fifteen bucks more than the CDs, so I tried to buy as many as I could. Within the records, they had a fold out newsprint from the film. Since it was part of the film, they hesitantly let us get them signed. 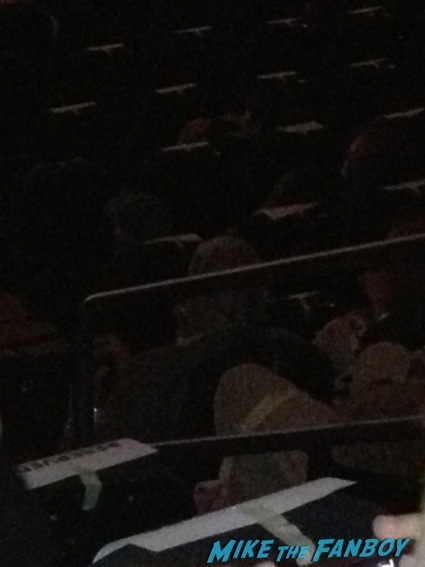 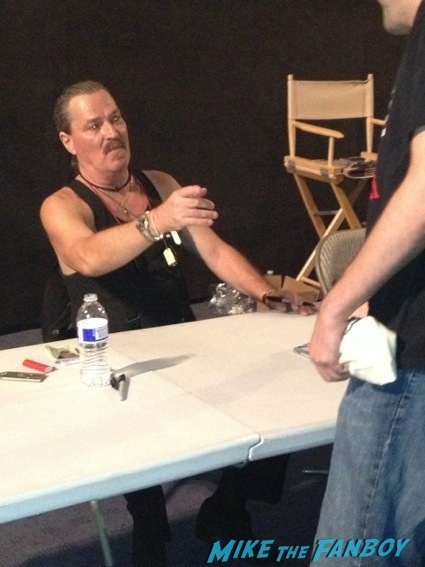 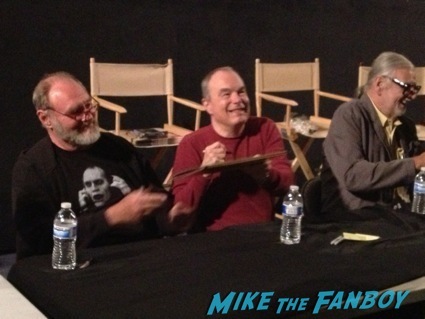 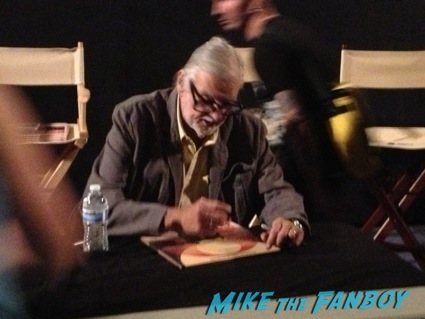 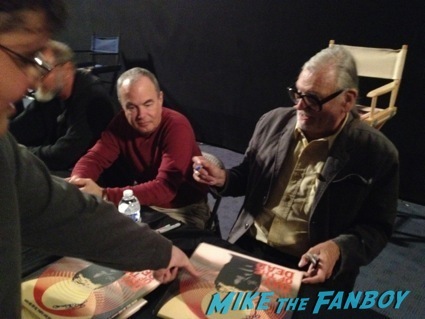 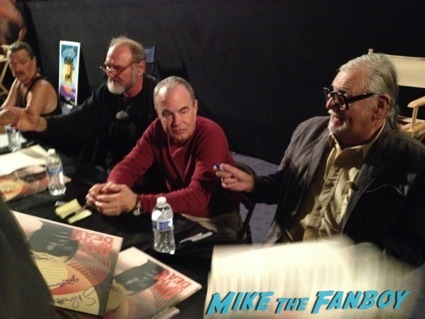 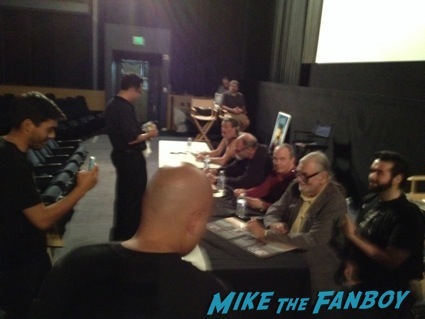 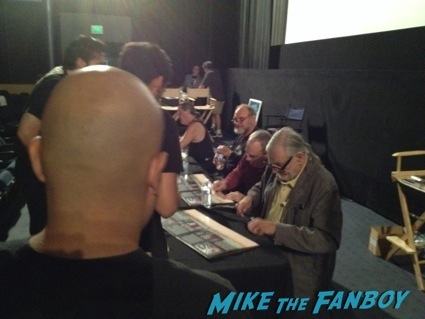 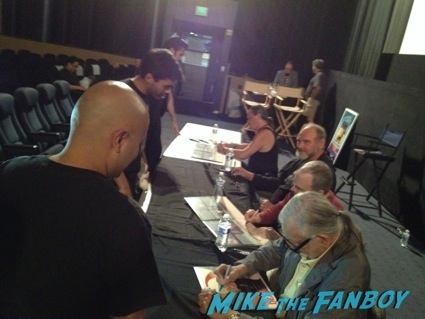 Romero was the first on the table… They made sure that no one pulled any quick moves by getting memorabilia signed. Some people tried, and failed miserably… There was no way I would try and suffer from embarrassment. Regardless, Romero was so amazingly cool. My brother and I were telling him how much we admired his work. After a few minutes, he asked us what’s with getting stuff signed in a certain color. We talked about pen color for a couple minutes explaining that Blue lasts the longest.

I made sure that none of them signed in the black they had on the table… These pens were the worse: Black Sharpies that had been passed down from all the hundreds of past record signings. There was a sea of faded Romero signed records.

Regardless, I had mine signed perfectly! John Harrison, the composer, and Sherman Howard, BUB the zombie, were super nice as well. I told Harrison how his score from Creepshow was phenomenal. We talked for a quick second about how great that film was and he let me know they are having a CREEPSHOW release this upcoming year.

The night had come to an end shortly after that. While I was tempted to wait until the end, I left knowing that it probably wouldn’t get any better. 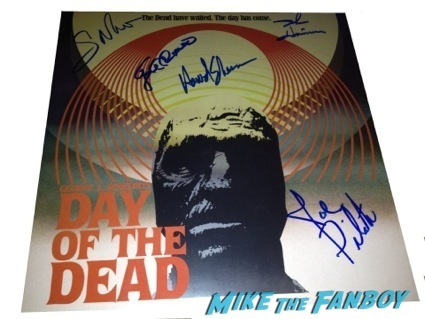 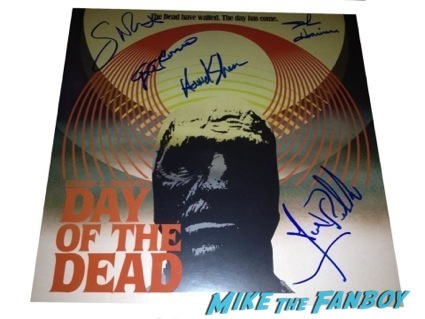 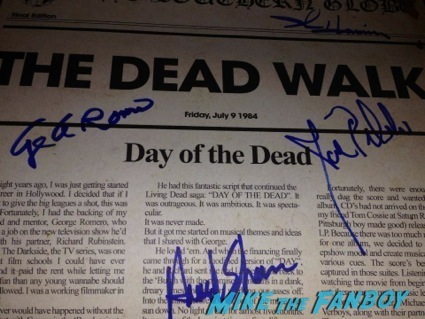 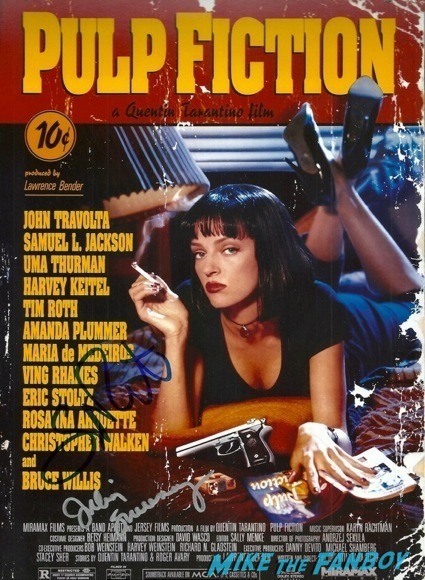 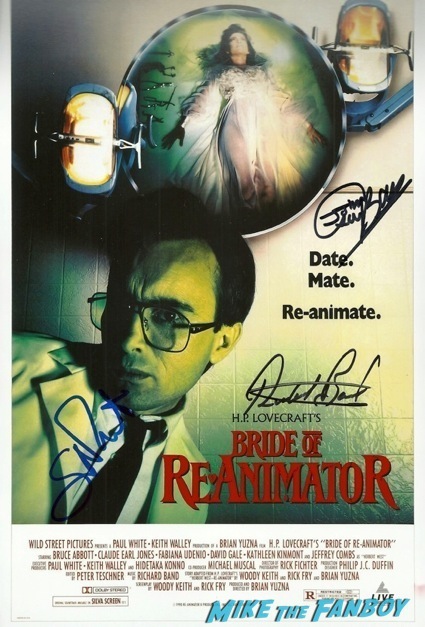 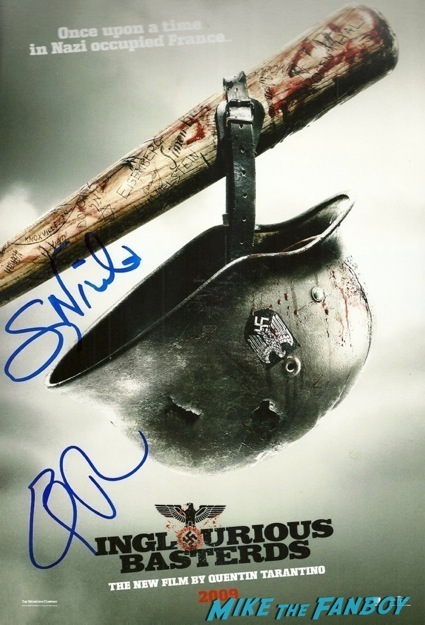 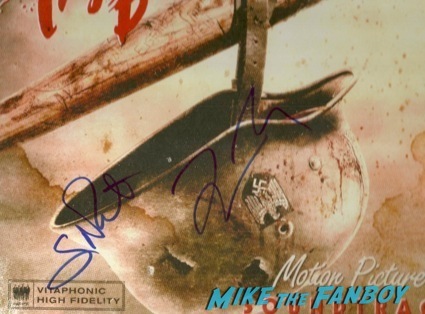 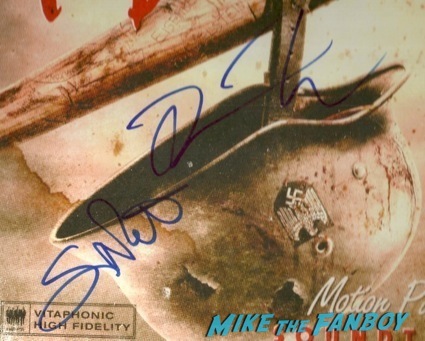