One of my favorite indie films over the past few years is The Deep End starring Tilda Swinton. Base on Elizabeth Sanxay Holding’s story “The Blank Wall”, The Deep End is a riveting psychological journey about what one mother goes through to protect her son. 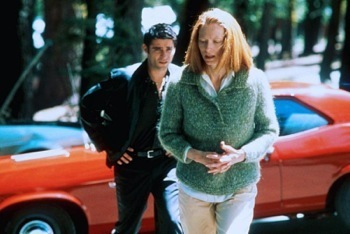 Tilda Swinton plays Margaret Hall, a mother who is constantly worried about everyone in her family. At the beginning of the film, Margaret is seen buzzing a non descript door and insisting to be let inside. Once she’s in, it’s apparent that she’s in a gay bar. Margaret asks to speak to the owner of the club, a smarmy fellow by the name of Darby Reese (Josh Lucas). Darby, as we are quick to learn has been dating Margaret’s 17 year old son Beau (Jonathan Tucker). Margaret warns Darby to stay away. 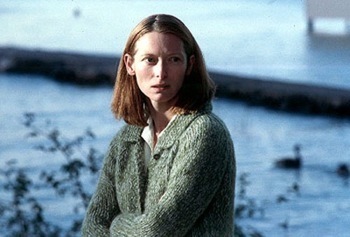 We then see Margaret in a serene wooded home in Lake Tahoe. This is where Margaret lives with her three children, father in law and husband. A Navy man, Margaret’s husband is away a lot presumably on assignment, which leaves Margaret in control of her family and making sure everything is running smoothly.

After a few minutes Beau returns home and there’s an awkward talk, where Margaret tells Beau that Darby offered to give up Beau for several thousand dollars. She’s trying to protect her son, after all he’s a promising trumpet player in line for a scholarship, and getting messed up with Darby would be a bad thing. 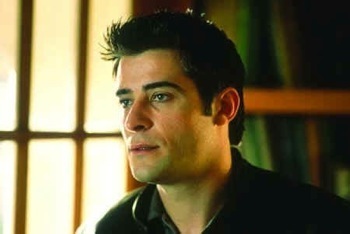 Later on that evening, Darby comes stumbling to the Hall’s door and gets Beau to come outside with him. He confesses that he took the money, and Darby and Beau head to the boathouse. Darby tries to make out with Beau, Beau pushes him away and a confrontation ensues. Beau stumbles back to the house and Darby grabs the railing but it breaks and he falls dead to the beach below. 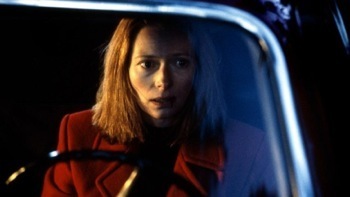 Margaret finds the body the next day, and quickly thinks that Beau has killed Darby. She does into full on protection mode, tying the body up, loading him on her boat and throwing him into Lake Tahoe. Margaret thinks everything is taken care of, until she realizes that Darby drove to the house. Now, there’s a car to deal with as well. 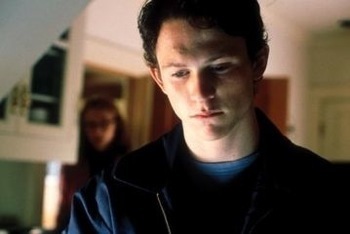 Then things seriously hit the fan when a blackmailer named Alek (Goran Visnjic) arrives with a sex tape featuring Beau and Darby. Then the body of Darby is found and Beau is the prime suspect. 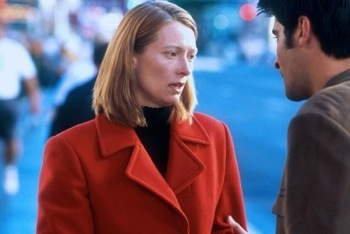 The Deep End is a taunt thriller about a mom’s willingness to do anything for her son. Tilda Swinton is at her prime her, she is at once sympathetic, tough, and vulnerable. It’s a rare actress who can pull off all those emotions and Tilda Swinton is one of the best actresses of her generation. Josh Lucas is great as the smarmy Darby and he uses his southern charm to full effect.

The Deep end arrives on blu-ray in a fine transfer, the colors pop and the transfer enhances the thriller aspect of the film. The sharpness is really good and you can see fine details throughout the film.

Special features include a very short featurette, The Anatomy of a Scene Sundance channel special, which is a nice examination of a key scene between Margaret and Spira. There is a Commentary track, the original trailer and a TV Spot review.

Overall, I highly recommend The Deep End, it’s one of my personal favorites. The caliber of acting is unmatched and it’s surprisingly a tight thriller. Over the years I have turned many people on to this film, and each one of them has thanked me for it. I can’t recommend it enough!

The Deep End is out now on blu-ray! 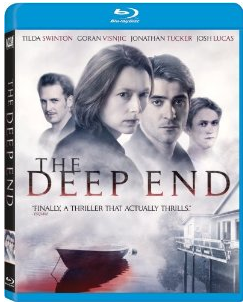