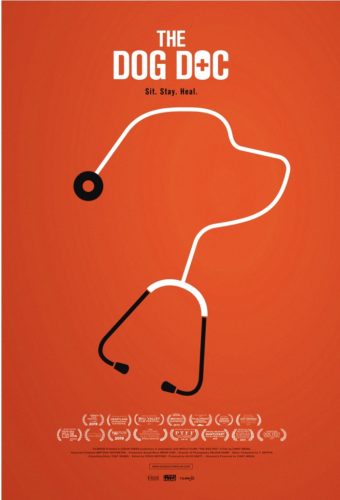 Holey Moley, you’re barking up the wrong tree. “The Dog Doc” definitely demonstrates combing conventional and cutting edge medicine might be interesting, but it might be best to let nature take its course.

Dr. Marty Goldstein has made a career committing his life work to assisting pets with pioneering integrative medicine. Although deemed a miracle worker by some, the maverick Dr. Goldstein works wonders at his Smith Ridge Veterinary Center in New York providing holistic comfort and care to incurable animals given up by other vets. “The Dog Doc” illustrates the immense impact of pets in our lives and the journey we endure when a loved one needs assistance. Filmed over 2 ½ years, the film focuses on the relationships of owners, the employees and animals as they are touched by the power of unconventional and practical medicine by one dog doctor. 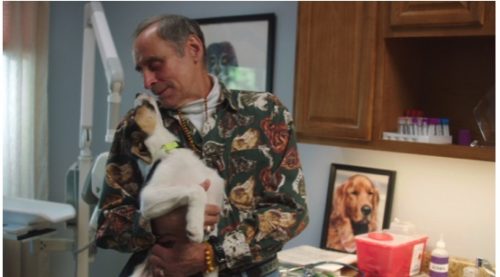 Director Cindy Meehl made a beautiful movie exploring the connection of animals and humans. For all of the animal lovers out there, the film will resonate with the struggle sometimes presented to us when we have to make a difficult decision about surgery for our pets. Can you really put a price on your family member’s health? Meehl perfectly portrays the struggles Dr. Goldstein endures receiving frequent praise, but his inability to fully capture mainstream acceptance from the veterinary community. For viewers, you will be faced with the same dilemma about accepting holistic medicine and whether or not it’s worth watching.

The title terrifically represents the dog-centric documentary and the portrait of a dog doctor, but the admiration acknowledged throughout can’t capture the same enthusiasm seen by owners in the movie. The emotional connection is very one-sided despite being beautifully filmed. On the surface, a devoted doctor for lost-causes immediately entices the viewer and add in it’s a veterinarian, should satisfy all your emotions exceptionally. Sadly, the movie meanders along and approaches the subject matter as a glorified extended episode of TV. Considering Goldstein’s experience and marvelous medical reputation, it’s an excruciating endurance test. 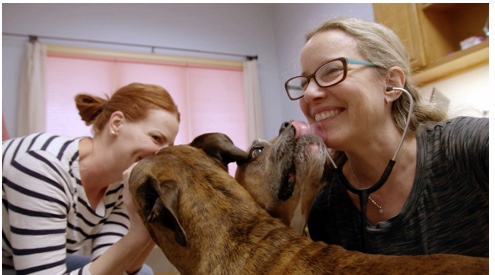 Like most medical procedures, the cost for pet patients is astounding astronomical with only one client publicly discussing the cost on film- $1200 for a three-day treatment of intravenous Vitamin C- otherwise onscreen no other costs are discussed. It’s fair to say, most of the people featured can comfortably afford the holistic medicine and they do the treatment no questions asked except, how quickly? Still, the slow, staggering pace made me want to grab a remote to fast-forward. Unfortunately, when the movie isn’t discussing the intense surgeries and diseases, there’s no real excitement and entertainment.

One of the best surprises was Goldstein’s genesis of his own health concerns, which lead to his inspiring integrative medical techniques, but otherwise it lacks the deep dive necessary to truly discover the titular “Dog Doc.” The film is a wonderful watch if you’re only obsessed with animals. Otherwise sadly, it’s at best background noise for something you would see at an old folk’s home, waiting room or on TLC. I warned you so don’t bark at me.