This was such a great afternoon, one I will not soon forget!

Recently, I was treated to a very special q and a but it was really a masterclass with Anthony Hopkins. 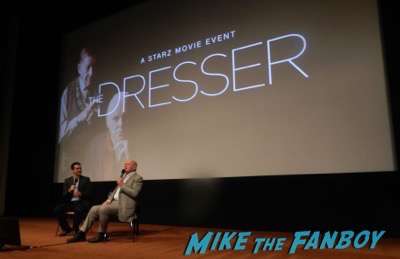 I wish I could impart everything that Anthony Hopkins imparted during the hour long event, but rest assured I could literally have listened for another three to four hours. 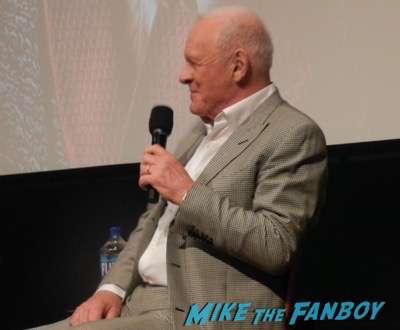 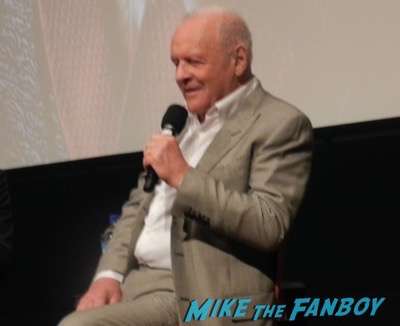 Anthony Hopkins talked about his early days in the theater, and how he had stage fright.

He talked about new new movie The Dresser being his favorite work so far and how it was like a career pinnacle. 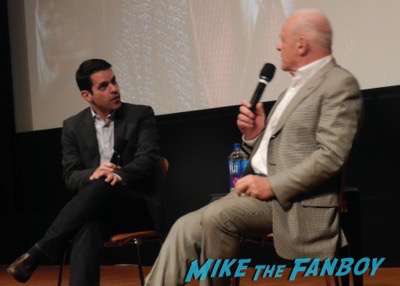 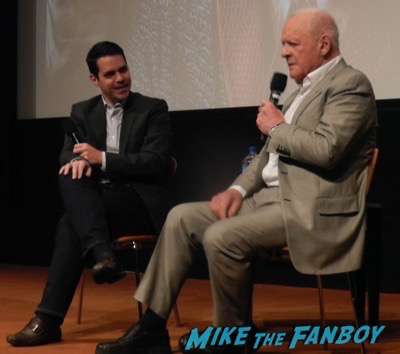 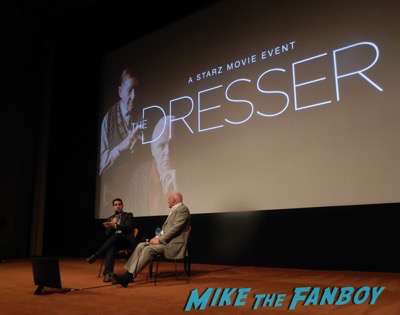 He talked about Ms. Maggie Smith and how he once went backstage to see her once. He said hello and they talked for a second and he asked if he could get her anything and she said, only a razor. He mentioned that this was the actor’s way, and how they lived in a state of self doubt and depreciation.

The stories were quite simply amazing. 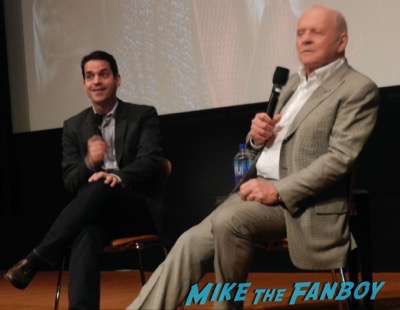 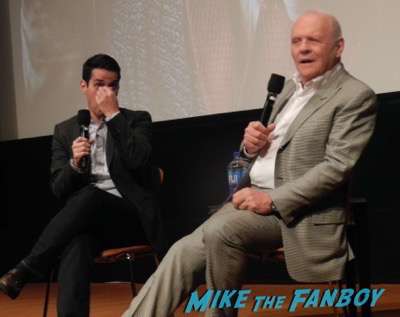 After the panel concluded a lot of people rushed up to the stage. Anthony was so kind and stopped to do photos with people. It was more than a bit hectic, but I was fortunate enough to get a really nice picture with him. 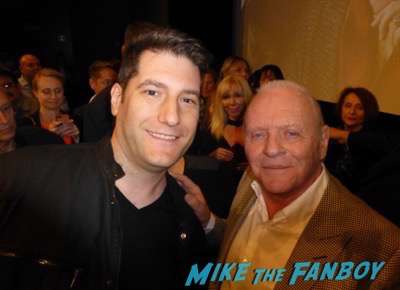 Anthony said he wasn’t signing but then when we was leaving, he stopped to sign a few, and I was lucky enough to have him sign my The Elephant Man poster.

It was such an amazing treat, one that I will not soon forget! 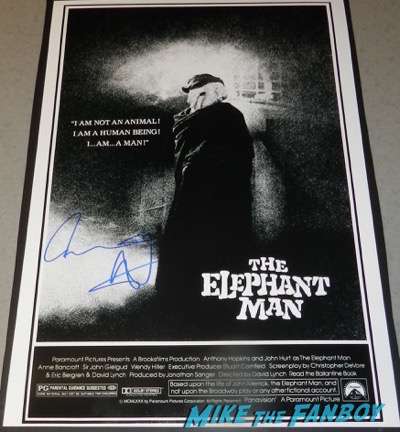