I’ve been wanting to see The East for a while now, I, along with everyone at MTF is a huge fan of Alexander Skarsgard. I think he’s really coming into his own as an actor and is starting to shed the large shadow of playing Eric Northman.

The East is further proof he can tackle a larger more “serious” role and knock it out of the park!

Check out Scotty’s review after the jump!

“The East” is a film about a recruit, Sarah Moss, for a private intelligence agency who is given her first assignment to infiltrate a group of activists. The activist group, known as “The East,” is attacking corporation leaders who are committing crimes against humanity. Brit Marling, who also co-wrote the screenplay with the film’s director Zal Batmanglij, brilliantly portrays the lead character Sarah Moss. While undercover, Sarah gains the trust of “The East,” but begins to buy into their cause. This conflict within leads to a suspenseful story, which keeps you on the edge of your seat. 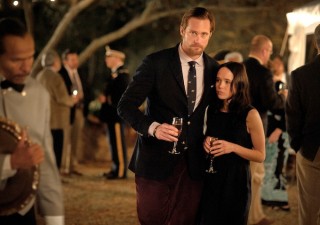 Before seeing this film, I was unfamiliar with Brit Marling’s work, but I will definitely check out more. The film also stars Alexander Skarsgard as the activists’ leader, Benji. Alexander gives a strong performance in this role. I think this is his best film role yet. I think viewers will completely be able to see the character that Alexander is portraying instead of watching Eric Northman from True Blood. Alexander has been great in his other film roles, but he is so iconic in True Blood, that it is sometimes hard to forget about Eric. Alexander truly succeeds with the role of Benji in this film. 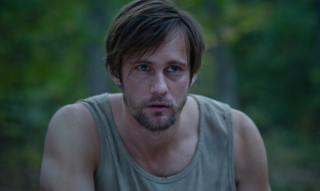 Ellen Page also gives a strong performance in the role of Izzy. While watching the film, Izzy seems to have the most militant outlook of the group and is skeptical of Sarah Moss’ motives, which adds to the suspense of the film. I also really enjoyed Patricia Clarkson as the head of the intelligence agency. Clarkson gives a great performance in this film. Clarkson is always great in her supporting roles, and she does not disappoint in this film either. 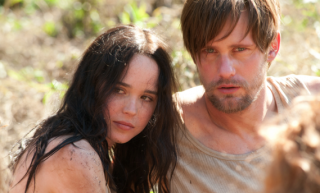 Brit Marling’s earlier film, The Sound of My Voice, was shot with a simple Canon camera but with The East they have a larger budget and it shows greatly in the picture quality. The images are crisp and clear and given the budget limitations, The East looks more expensive than it was.

I highly recommend seeing The East. I like that it calls on us as viewers to be aware of big corporations, and the products they are selling us to better our lives. Now, while I do not condone terrorist acts, I think this film gives the viewer a wake up call to research medications and products that we may be using to see if they are safe. “The East” does a great job delivering a message without preaching to its viewers. Pick up or rent a copy of the film the next time you are in the mood to see a movie.

The East is out now on DVD and Blu-Ray! 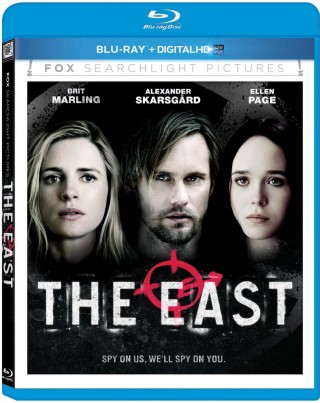