Home / JM • NEWS / Should I Stay Or Should I Go… To The Movies! JM Looks At The Exploding VOD Market And What It Means For Theater Chains!

VOD or Video on Demand has been in the news a lot lately, and whether you’re a fan of the streaming platform or prefer to head to the theater, one has to admit there are a lot of pluses to just staying home and watching a first run title.

Recently, the controversial film, The Interview was released on VOD at the same time it was distributed into a small amount of indie theater chains. The major theater chains like AMC would not show the film because of the VOD release.

JM is taking a look at the burgeoning VOD market below!

Should I stay home or go out to the movies? This dilemma continues to persist as a weekly problem, not only for myself, but millions of people worldwide. Nowadays numerous digital platforms are readily available, quite literally at our fingertips where we can watch movies on our phones, computers, game consoles and other handheld devices. 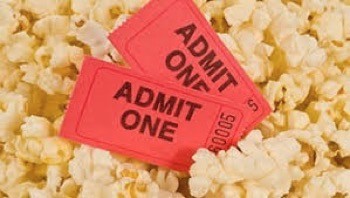 Obviously, the content has dramatically changed with more films being sequels, remakes and tentpole films. Although independent content is more readily available, consumers are overwhelmed with choices and rely heavily on studio output. Sadly, studios are straying away from smaller budget movies and prefer the high risk and reward of big budget movies. Unfortunately, it’s the consumers paying the ultimate price.

Although The Interview has made over $15 million during its V.O.D. release thus far and is now the highest grossing online release of all time, will it make a real difference? Other recent success stories include Snowpiercer ($8.2 million), Bachelorette ($8.2 million and Arbitrage ($14 million), which proves there is a valuable home market that hasn’t fully been utilized. By Sony Pictures disclosing the financial terms and revenues from its controversial film, people’s perception has certainly changed. 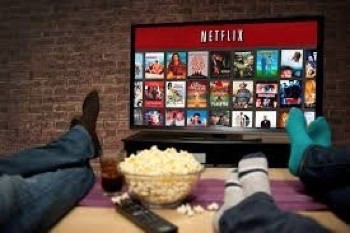 The most recent data from National Association of Theatre Owners (NATO) say the average price of movie tickets is $8.13 (2013), but good luck trying to find a movie theatre charging less than $10 in the L.A. area. Considering most V.O.D. titles are typically around $5 (and are priced between $6.99 to $9.99 while playing simultaneously in theatres) it’s easy to understand why there is a downward trend in movie attendance. However, price is only a small factor. Accessibility is the real issue.

Several of my favorite films I actively attempted to see in theatres last year like Jodorowsky’s Dune (61), Life Itself (100), and Frank (75) played on a handful of screens with most of them only playing a week or two in select theaters (numbers courtesy of Box Office Mojo). Thanks to Video On Demand I was able to catch the aforementioned films, but certain critically acclaimed films like the documentary Magician: The Astonishing Life and Work of Orson Welles (2) quite literally played on a couple of screens making it virtually impossible to enjoy until a home video release. Even current awards contenders like Snowpiercer (356), Boyhood (775), Mr. Turner (24), Whiplash (419), foreign film frontrunner Force Majeure (68) and best documentary frontrunner Citizenfour (105) have seen little exposure outside of large metropolitan cities, film festivals and industry screening areas. What do you do if you don’t live in Los Angeles or New York and want to see these types of films? 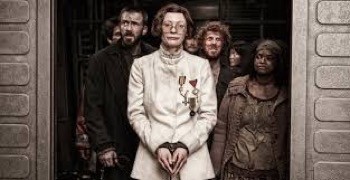 The Interview may not have won over audiences with its lackluster comedy, but it may have gained traction for more wider release films to expand into this arena. Whether you liked or enjoyed The Interview, please go out and support future films being simultaneously released on V.O.D. After all, it’s the consumers who will make the difference and make theatre owners reconsider their prices.