I need to admit something, and that is, quite simply put I love Michelle Pfieffer. I just do, I can pretty much watch her in just about everything, and yes that includes Grease 2, which incidentally, I find amazing. So, I’m very happy that she’s been back on multiplex screens as of late. Most recently in Luc Besson’s The Family. 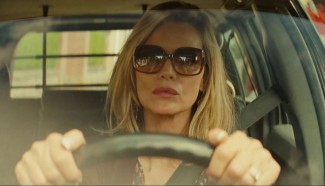 Luc Besson, who made his mark in film mainly by working in the action adventure genre, La Femme Nikita, Léon: The Professional, The Fifth Element, etc… is now trying is had at “family” comedy. Personally, I love Luc Besson, his over the top style has provided some of the best film moments in recent memory, however he has a tendancy to lack substance in his work. 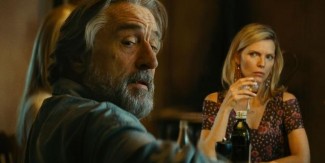 In The Family, Michelle Pfeiffer and Robert De Niro star as the heads of the Blake family. They are a quasi-typical normal family living in a small Normandy village. They fight, they yell, they’re in witness protection. You know fairly typical stuff. 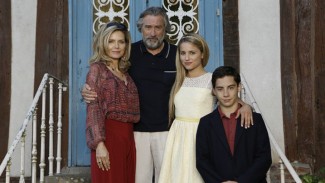 The Blakes are not The Blakes but The Manzoni Family who are part of a large crime family turned states witness. Tommy Lee Jones shows up as an agent named Stansfield who practically begs Fred Blake to lay low, so he doesn’t have to move the Family again. 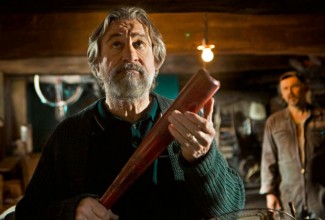 The interesting thing about the film is that the plot is very old school, and the tone wants us to think it’s a fun over the top comedy. In fact, this could have been shot as a 1980’s film and work just fine. The main problem, is that the balance between comedy and action was so abrupt it was hard to really get absorbed into the film.

Michelle Pfeiffer as the harried wife, chewed the scenery with aplomb. She got the comedy bits down pat and was a treat to watch. Also equally excellent was Diana Agron as her daughter. Agron, who cut her teeth during her time on Glee clearly had a great time as the hard ass in training and she sells it very well. 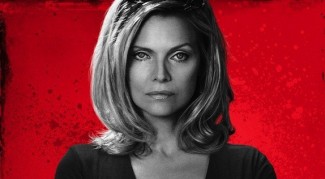 The picture quality is excellent on this blu-ray release. The balance between the city and the small village in Normandy is excellent. The details on this high definition release are equally impressive, the exhaustion in De Niro’s face, the interior shadows, all look incredible. 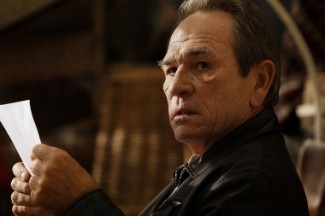 The Family arrives on Blu-ray with little special features, there’s a brief making of documentary, and a cute The Many Meanings of Fu** which details all the cursing in the movie.

Overall, while The Family isn’t breaking any new ground, it’s worth a spin on Blu-ray if nothing else than to check out the impressive cast. Plus, there are a few genuinely funny scenes. I just wish The Family could have decided if it wanted to be an over the top comedy or an action thriller.

The Family is out now on Blu-ray! 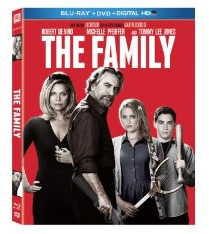