Video may have killed the box office, but streaming resurrected the movie star. John Travolta triumphs as Moose in the frantically frightening “The Fanatic.”

Hollywood has always attracted an assortment of characters and if you look in the right spots, some will watch your every move. Moose (John Travolta) is a diehard film fan, but he’s obsessed with actor Hunter Dunbar (Devon Sawa). When the opportunity arises at book signing to meet his idol, Moose spends $300 on an iconic original costume and eagerly attends the event. Thanks to his friendship with the organizer of the event, Moose is able to jump the line and gets his sharpie ready to go. However, Hunter has to step outside and address a personal matter when Moose prepares to approach the table. 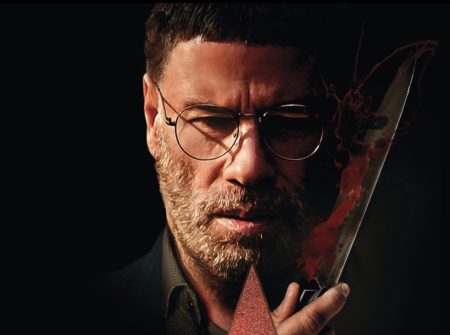 Thinking he might miss out on the “opportunity of a lifetime,” Moose follows Hunter to the back alley and witnesses a family argument. Afterwards, Hunter confronts Moose questioning his motive, but Moose rambles on about his undying fandom and adds, “I just want an autograph.” Hunter walks away disgusted and ignores the request leaving Moose miserable holding his sharpie. Leah (Ana Golja), Moose’s closest friend and celebrity photographer, comes over to his apartment and asks how the signing went? Feeling his pain, Leah informs Moose of a “celebrity star app” (a la Star Maps for the digital age), but warns him not to abuse this information. However, can Moose contain his enthusiasm when visiting celebrity homes or will temptation prompt stalker status? 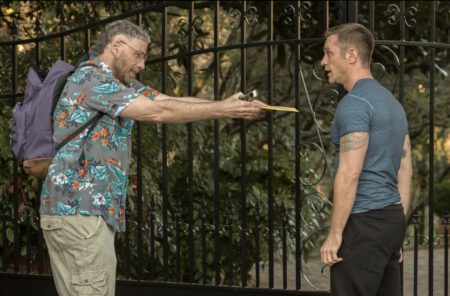 First and foremost, John Travolta tackles an exciting, eccentric and entertaining character getting out of his comfort zone. As a result, his carefully-crafted character can certainly make you squirm in your seat with uneasiness despite his obvious autistic nature. Good acting can be attributed to right casting, but great acting allows the audiences to believe wholeheartedly in the character not the actor. Travolta terrifically accomplishes the later fully immersing himself as the mesmerizing, yet maladroit Moose. This inept, interesting individual proudly proclaims his passion of autograph collecting, but can’t recognize social norms. The subtle minimalistic movements of how he interacts and approaches everyday situations simply showcases Travolta’s talent. 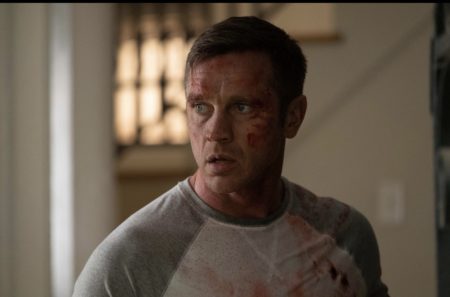 The main reason why anyone should see this movie is to see Travolta lose himself in this role. Moose’s “mild-mannered” approach not only gets underneath your skin, but throughout you feel his pain and want to reach out with assistance. Unbelievably great performances generate genuine emotions and Travolta throughout hits the mark going through the spectrum. “The Fanatic” is one of John Travolta’s finest performances and an award-worthy accomplishment of recognition had it been in a better quality film. Travolta calmly conveys Moose’s character arc and approaches him fully-immersed as an extreme, die-hard autograph collector. As the titular “fanatic,” Moose’s fandom is every celebrities’ worst nightmare and how some people can’t distinguish fantasy versus reality. John Travolta is a mesmerizing maniac and certainly created one of the most memorable movie characters of the 21st Century. 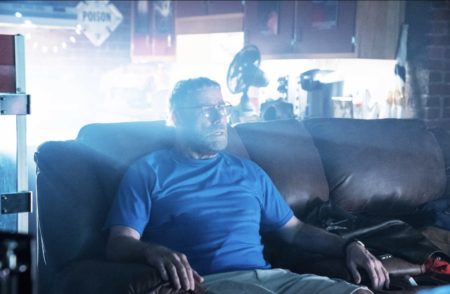 Unfortunately, Fred Durst’s directorial effort falls flat and completely comes across too uneven. Despite an unbelievable performance from Travolta and solid character-piece by Devon Sawa, “The Fanatic” fails as nothing more than a great showcase for Travolta. The premise is great, but is completely mismanaged creating an uneven story generating more questions than anything. Moose moonlights as a Hollywood street performer (an English bobby) at night, but how in the world does he maintain and afford a nice Hollywood apartment filled with movie memorabilia? Beyond Hunter’s lifestyle and the autograph scenarios, everything else can’t quite cut it. Overall, the only reason to see this movie is to watch John Travolta create a crazy character and witness the weirdness of celebrity culture.