Today, is going to be an interesting day, The Lovely Erica, The Novel Strumpet, Scotty and I are heading downtown Los Angeles to check out Comikaze Expo 2011. Now, this is I believe the first year for this con so I’m excited to see what it’s going to be like. Plus, on the bill are a couple celebrities I’ve wanted to meet Ms. Tippi Hedren and National Lampoon’s Vacation star Dana Barron.

I think that Los Angeles is due for a good convention so I’m hoping that Comikaze will help fill that void, or be a good start to something fun here in LA LA Land… Either way, I know we will all have fun, cause with the four of us going, I know we will have fun! Whoo Hoo!

Upon first heading into the convention center we saw some droids and cosplayers walking around… Yep, we’re in the right place! After walking around for a second… Comikaze guys, some signage would be great! Just a tip… We eventually found where to go. 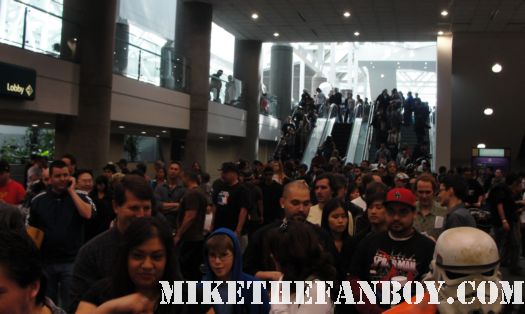 After a hot second in line, a stormtrooper was happy to police everyone to make sure that they were in the right spots… Funny, but I don’t think he was actually working the convention… But I think they should give him a job. 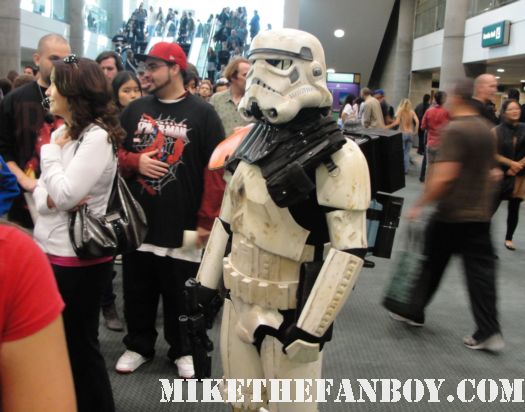 We ran into fellow collector’s and all around cool people Daria and Mike briefly, and then headed inside. I have to tell you, I was expecting a much smaller con, and it was on the larger size which was a nice pleasant surprise.

The first thing that struck me was the kick ass carved pumpkins at The Pumpkin Geek booth! Damn, this guy is great; I mean it’s a tad out of season, but still… WOW! He can even customize a pumpkin with whoever you want on it. 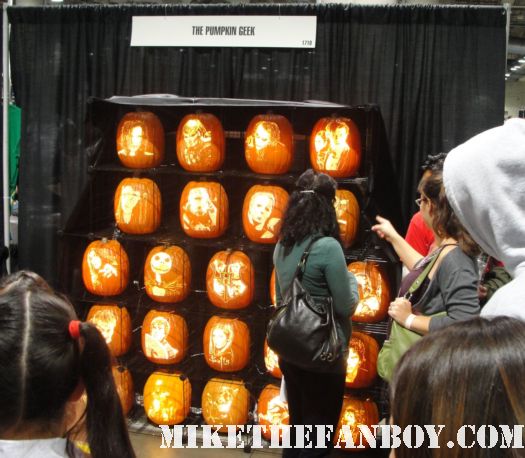 Although, I know what I would want on my pumpkin… 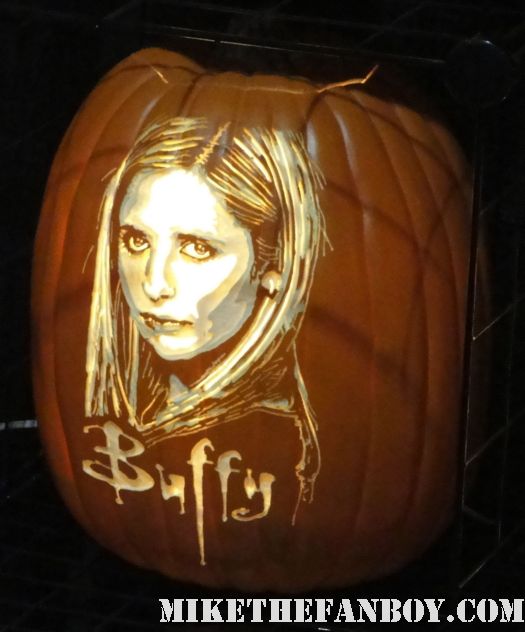 Even Erica found a pumpkin to her liking… 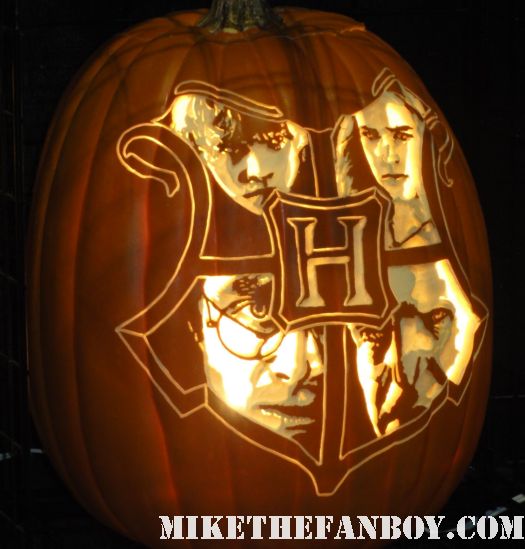 After drooling over The Pumpkin Geek for a hot second we went over to The Zombie Research Society… I don’t know what they are actually researching, but God bless them just the same. 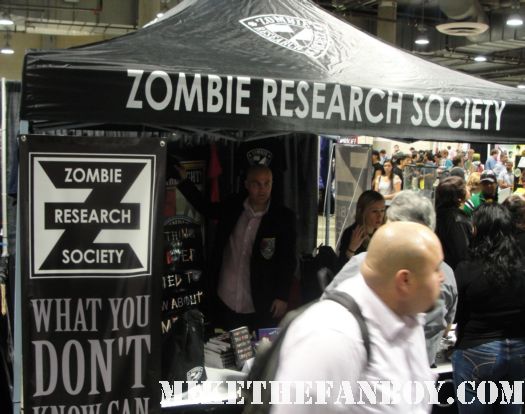 Then we ran across some kick ass Serenity artwork. I mean, it never ceases to amaze me how a series with such a short television lifespan can have such a huge fan base… I know it’s amazing but… It keeps going and going… 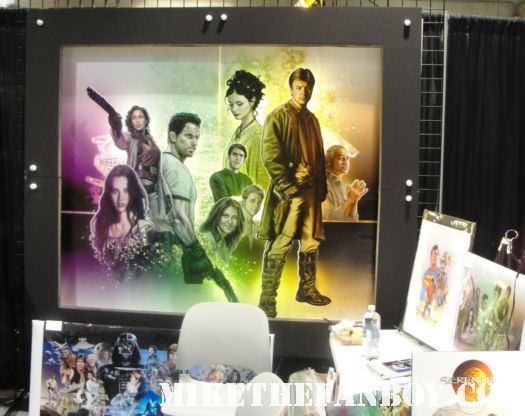 Scotty is getting a tad anxious to find Ms. Tippi Hedren so we are going out in search of The Birds star.

After a quick once over we easily found Tippi in the center of the con. Scotty was super jazzed and we helped him pick out a really nice black and white photo to get signed. Tippi was super nice, and I thought very reasonable at $25.00 for a photo and autograph. A lot of times stars will really gouge people, but $25.00 isn’t bad at all. 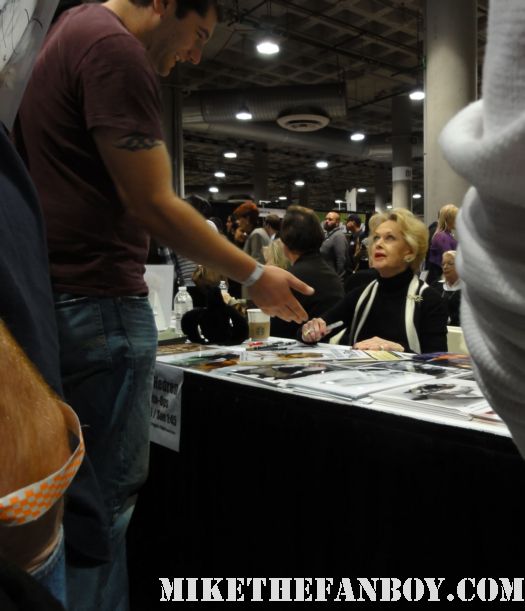 I then brought my Birds poster and had Tippi Hedren sign it as well. She was really nice and we talked about her charity for a bit. I also chatted with her about the rash of Birds costumes I saw this Halloween, and how I’m glad people still appreciate the classics. 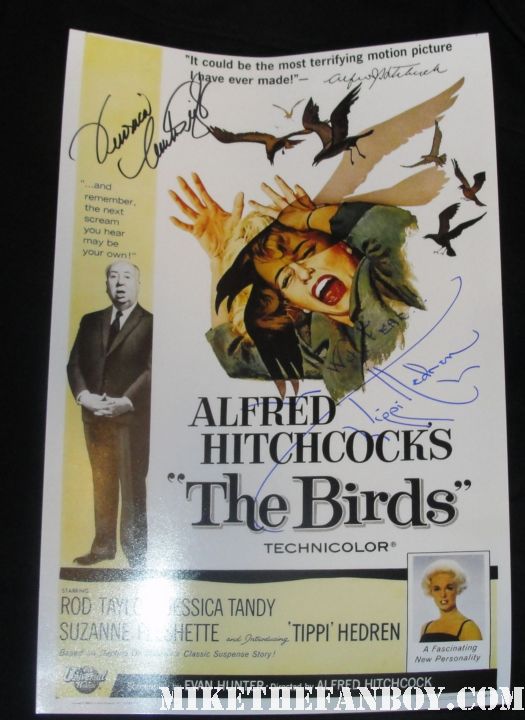 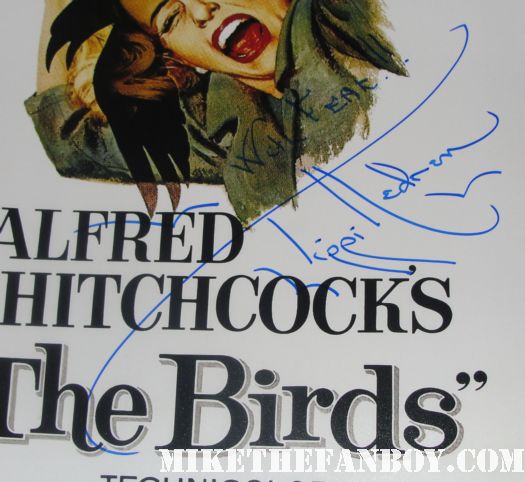 After meeting Tippi Hedren we did a little walking around. The Novel Strumpet spied a shirtless buff Wolverine and really wanted a photo with him… So, after a little prodding… 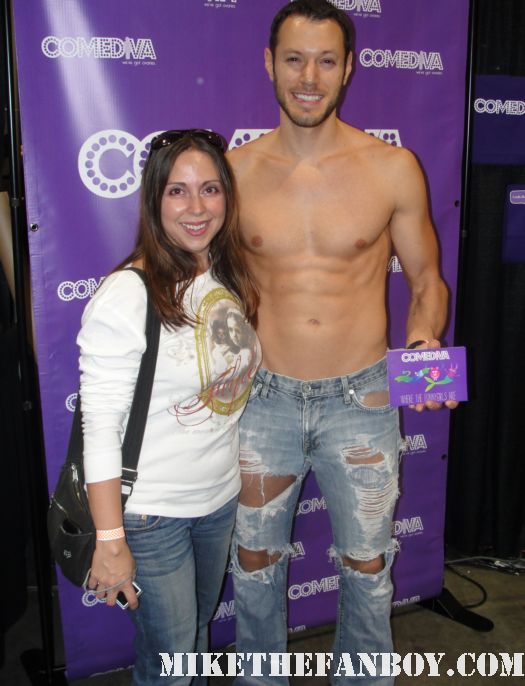 She got one. I told her she should have rubbed his abs for good luck, but she resisted.

Now, it was time to find Audrey from National Lampoon’s Vacation. I hate doing autograph shows or anything of the sort, but I never thought I would get to meet Dana Barron so this was a nice treat. Erica went up and talked to her first and then Scotty, The Novel Strumpet, and I went over. 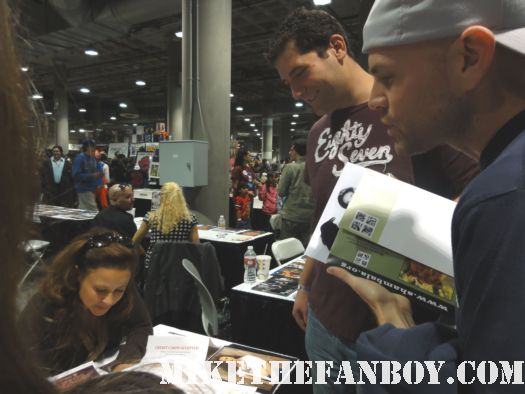 We chatted with Dana about why she wasn’t in the sequel and she said that because Anthony Michael Hall wanted more money and because he was filming Weird Science they decided to recast him and then subsequently recast her without really telling her. 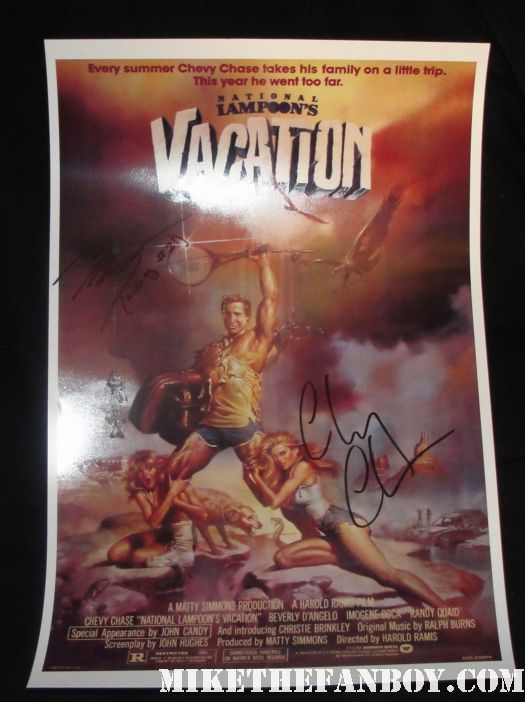 Dana said it hurt her feelings and was actually really hard on her. Awwwww…. Dana was also impressed I already have Chevy Chase on my poster, and she was like… “How did you get him because…” implying that Chevy wasn’t the nicest guy on the planet. LOL… 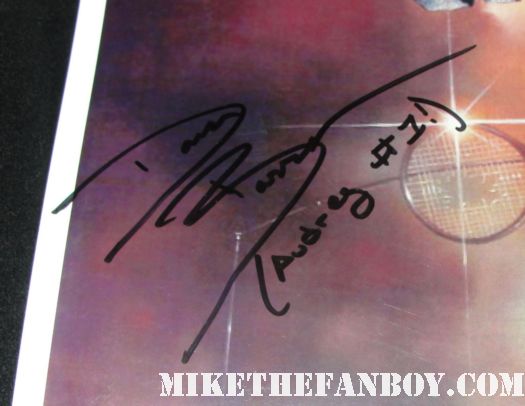 I was then able to get a photo with Dana Barron so that was nice, and it was super fun… Dana even signed “Audrey 1” under her name. 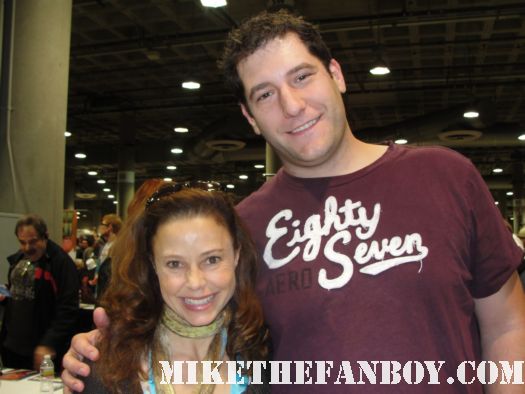 The biggest draw at the convention was clearly the Mistress of Darkness, Elvira! This was billed as one of Elvira’s final convention appearances and the lines proved it! It wrapped almost two times around her booth! 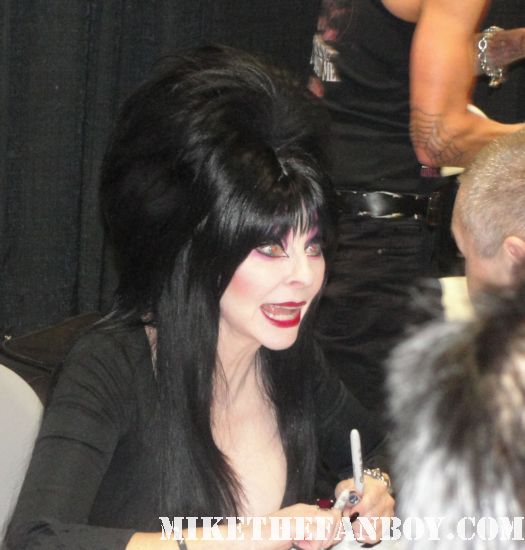 She was doing photos with fans at another photo agency later on in the day as well. 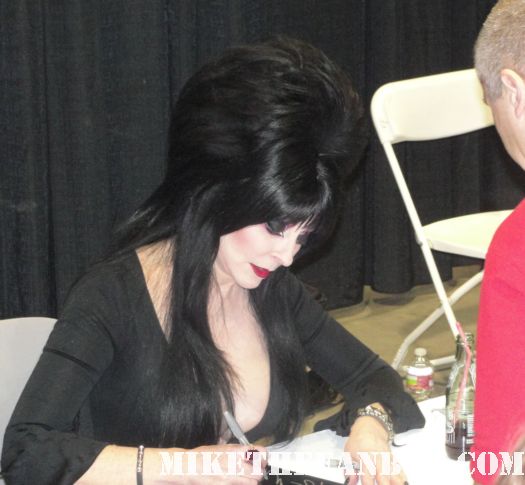 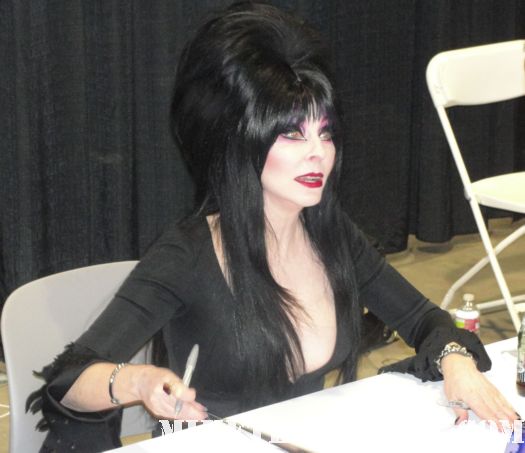 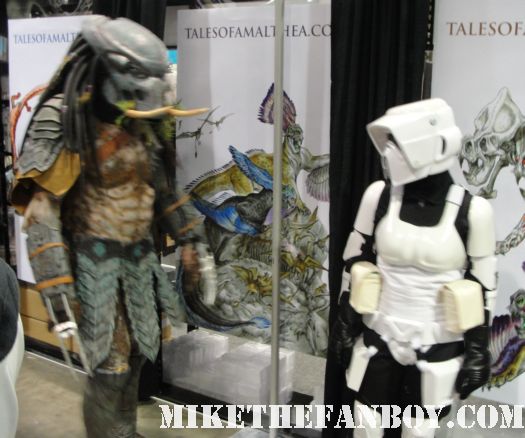 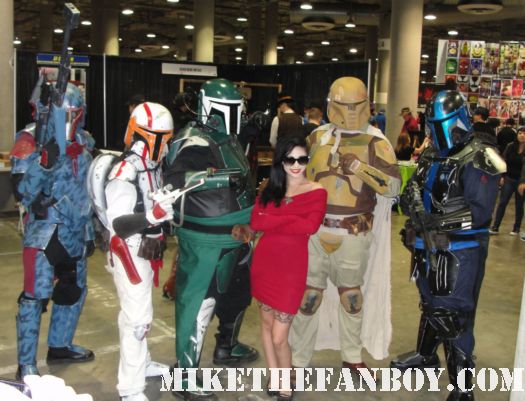 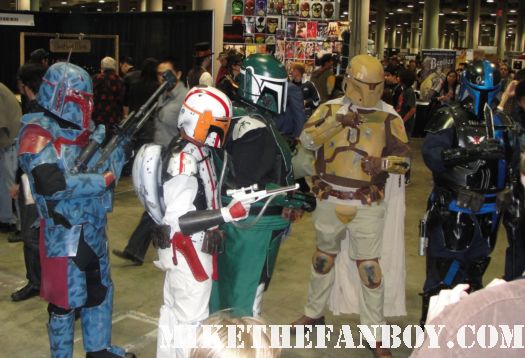 And Lord of the Rings evil villains… 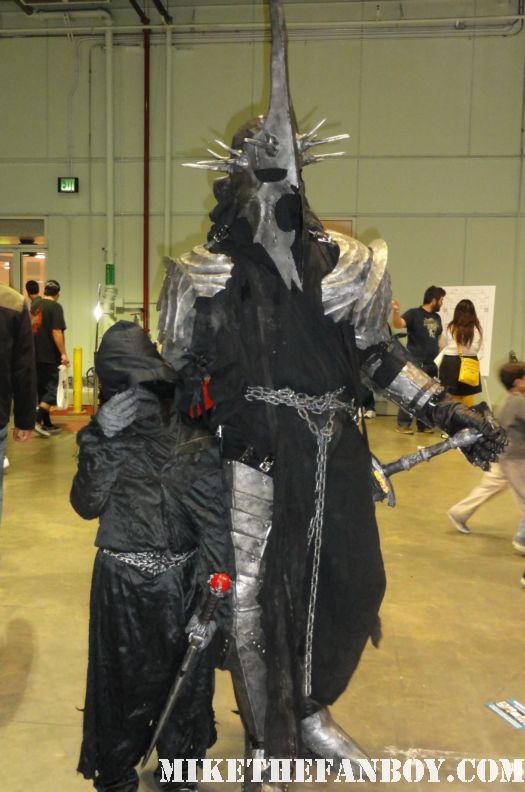 There was even a spot for people to play role playing games even though it didn’t seem heavily populated. 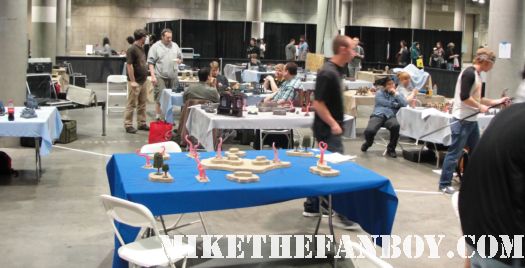 Honestly the panels didn’t really interest any of us, but there was plenty of fun on the convention floor to peak our interest. 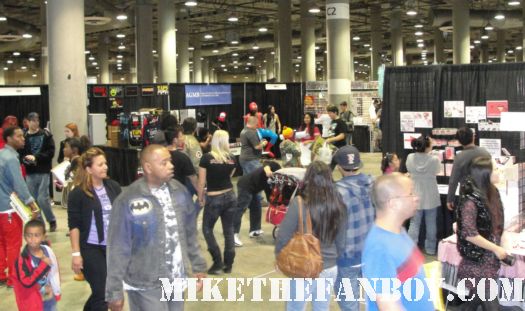 After spending a few hours it was time to head out… But not before spotting Marvel comics genius Stanley… It’s not a convention without STAN LEE! 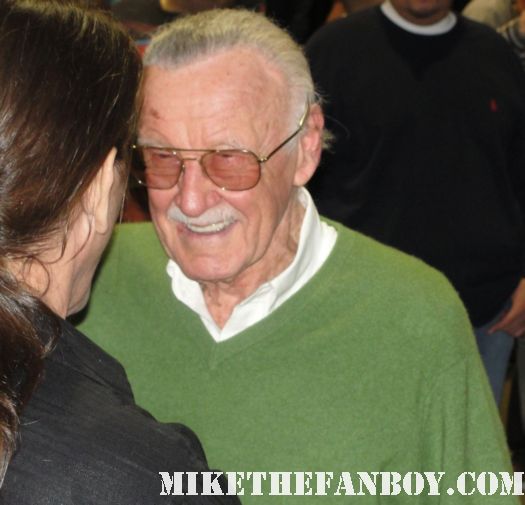 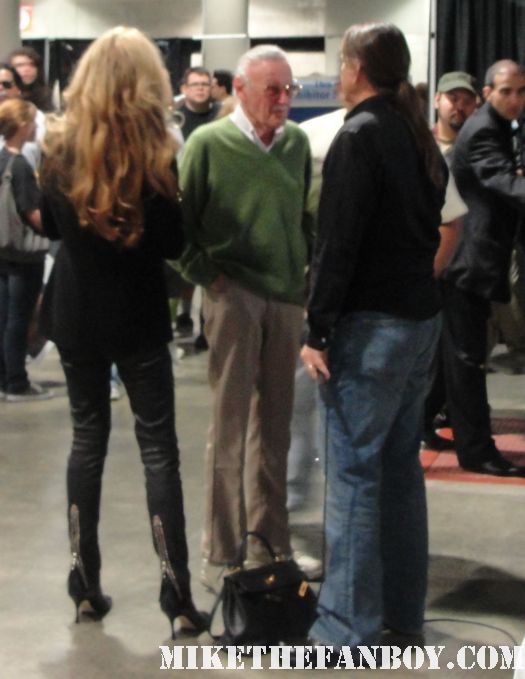 And he was in the foyer and being properly geek worshipped as everyone formed a circle around him taking photos. LOL… 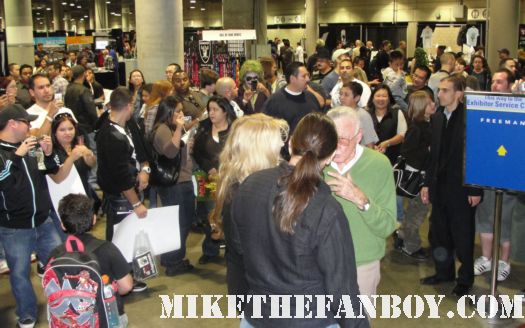 I think that’s a pretty fitting end to any Con… I’m looking forward to seeing how Comikaze grows and changes over the years. 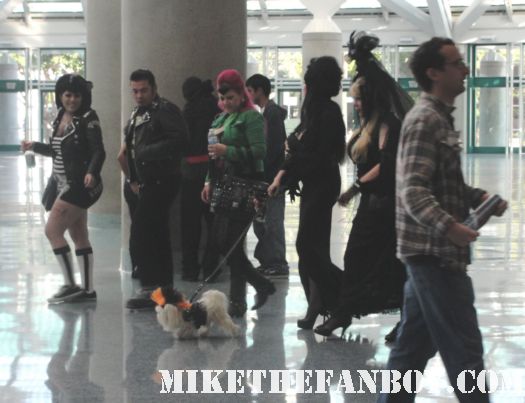 Check out Comikaze’s website and head out on Sunday November 6th for the second and final day of the con! 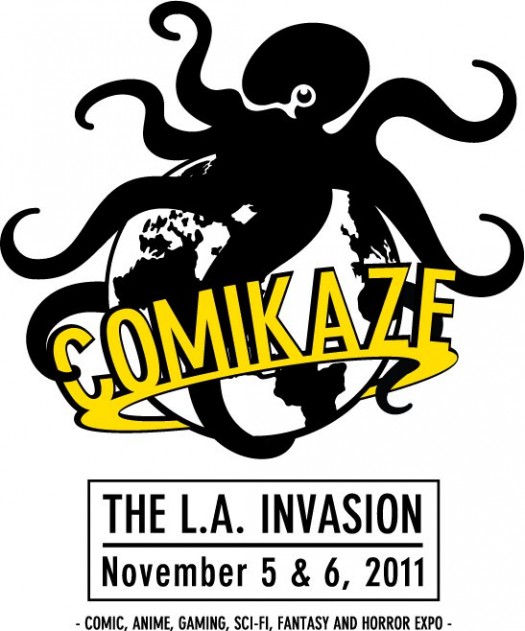