When I was young, I used to love staying up late and watching classic films. I would always gravitate to the sci-fi adventure films, I think it had something to do with the fantasy elements and the over the top storytelling. 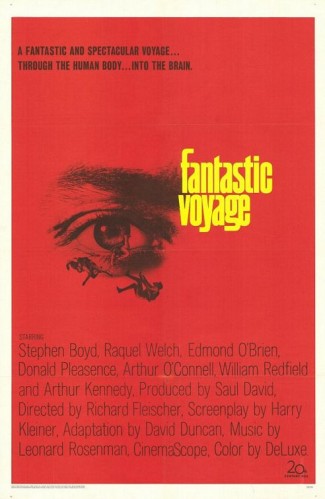 One of my absolute favorites is The Fantastic Voyage. Directed by Richard Fleischer, The Fantastic Voyage opens with a cold war gun fight where a diplomat is nearly assassinated. He is in a coma with damage to his brain that is inoperable, so a team is assembled. They are loaded into a ship and shrunken down and injected into the diplomat so they can travel to the brain and repair the damage. 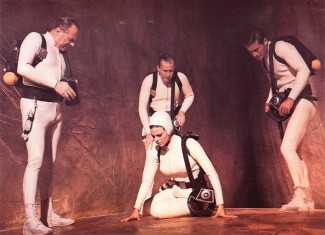 The team consists of a pilot, surgeon, surgeon’s assistant, the commander and another doctor sent in to make sure that the first doctor is not a traitor. Got that? Good. The ship travels through the blood stream and gets itself into a bit of a bind. If the ship stays in the body too long then it grows to a size that the body will think it’s a parasite and white blood cells will attack and destroy it. 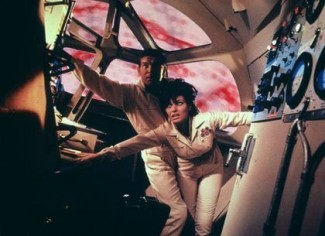 There’s a betrayal, death, an attack on the ship that causes what’s left of the crew to escape through the diplomats eye socket. Eventually, the crew is saved and the surgery is performed in the nick of time. 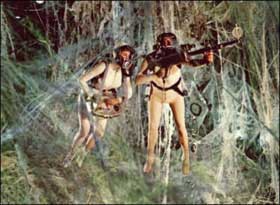 The Fantastic Voyage is one of the seminal sci-fi classics and I couldn’t be happier that it’s out now on Blu-Ray. Known for it’s then state of the art special effects, The Fantastic Voyage used organic water effects to visualize the ship going through the body. The effects are not of digital effects quality, like we know today but if films like The Fantastic Voyage didn’t exist we would have those sleek effects we are now treated to. 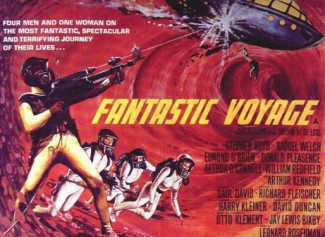 The film used… Wait for it… Real sets! There was a full size ship built for the film which doubled as a practical set so the interiors could be shot there as well. The actors hung from wires and were shot on film double the normal speed so that they would appear to be swimming. These effects quite literally changed the way films were made and while they look old fashioned now, they were ground breaking at the time. 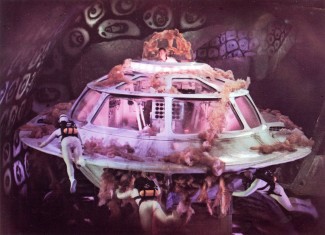 The sound work in the film is also incredible. It is known for its use of Hickey Effects which were loud over the top sounds used to elicit a distinct jarring reaction. They were used in many sci-fi films and television series of the day and here they set the viewer up for the over the top adventure they were going on.

The blu-ray transfer is superb and the detail is amazing. I’ve seen this film dozens of times but never with this clarity. The transfer quality isn’t the sharpest but a lot of the softness of the film is intentional due to the numerous optical special effects shots. Films from the 1960’s always deteriorate with age but a transfer like this is why I love blu-ray and high definition releases in general. You get to see films you know and love in a whole new light. 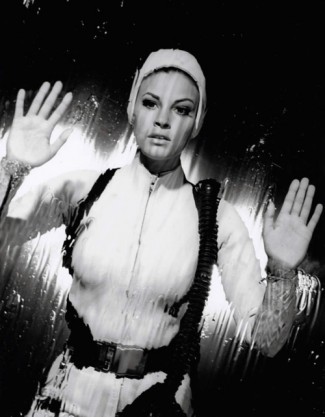 Bonus features on this release include a commentary track from music and film historian Jeff Bond. It’s an excellent commentary and touches on the history of the film, the actors involved, and the origins of the original story.

The other special features include a featurette called Lava Lamps and Celluloid: A Tribute to the Visual Effects of Fantastic Voyage which is a nice look at the history of the effects. It wasn’t that in depth but still a nice glimpse into what was.

There is also a short storyboard to film comparison of the whirlpool scene, the original trailer and an isolated score track.

Overall, I highly suggest taking The Fantastic Voyage for a spin. It’s a great look back at one of the films that changed the way we look at current cinema and science fiction in general.

The Fantastic Voyage is out not on Blu-Ray! 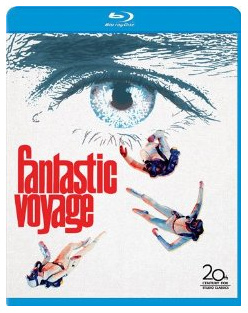