Awkwafina amazes audiences in the fantastic film “The Farewell.”  Director Lulu Wang wrangles with a beautiful bittersweet personal film destined to be the talk of summer.

Billi (Awkwafina), a struggling New York Artist, maintains a remarkable relationship with her grandma Nai Nai despite their distance apart. Nai Nai calls Billi while waiting for results in a Chinese hospital after a recent checkup. However Nai Nai’s younger sister, Little Nai Nai, discovers her sister contracted stage IV lung cancer and is given three months to live after confiding cautiously with her sister’s physician. 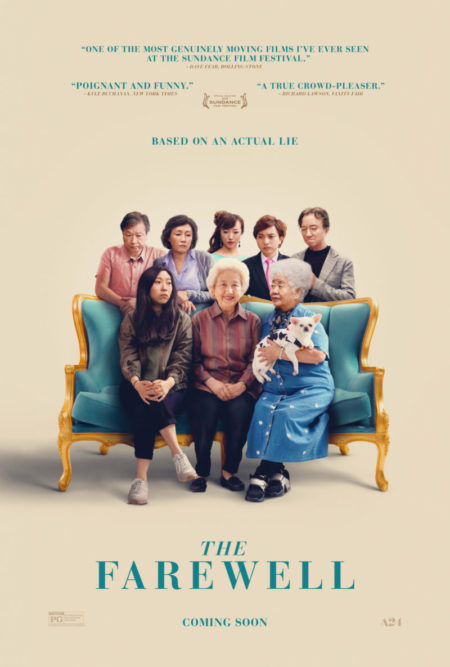 Meanwhile in the United States, Billi visits her parents for dinner after discovering she didn’t receive a Guggenheim Fellowship. When her father Haiyan (Tzi Ma) doesn’t greet Billi immediately, she thinks he is on another drinking bender, but is stunned seeing him hunched over on the edge of his bed. Billi soon learns Nai Nai, who she spoke with merely hours prior, was diagnosed with stage IV lung cancer and her parents are visiting Nai Nai in China under the guise of her cousin’s last minute wedding. However, her parents adamantly admonish Billi not to come along and/or inform Nai Nai of her diagnosis. 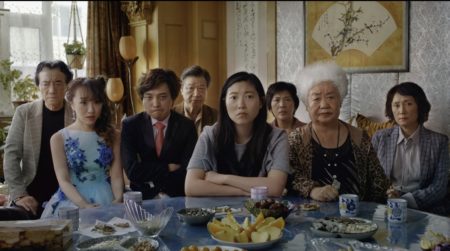 Chinese culture dictates never disclose someone’s severe health issues otherwise “it will kill them immediately,” essentially establishing trust from fabrication in order to preserve normality. Struggling emotionally and financially, Billi believes her Nai Nai needs to know the truth despite Chinese culture dictating otherwise from her far flung family and goes anyway to China. Despite good intentions, will Billi be able to overcome her emotions and avoid breaking down during her trip?

Awkwafina’s awe-inspiring tour de force performance definitely deserves serious award consideration. The challenge comedians receive whenever they tackle a complex role is they’re either embraced or detrimentally dismissed because of their background. Awkwafina stuns and shines in her lead dramatic debut creating a remarkable revelation as Billi. Singlehandedly she alone is worth the price of admission. 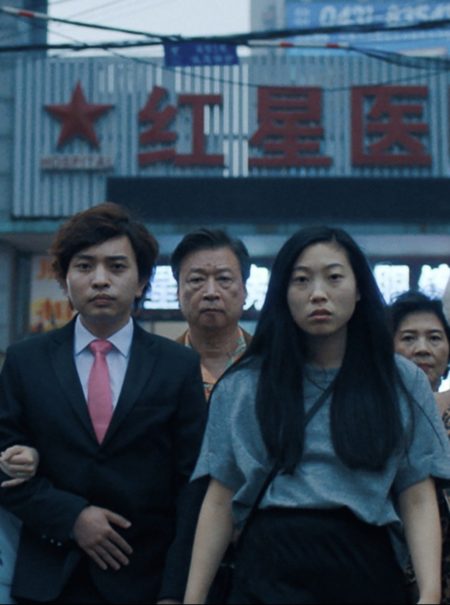 However, writer/director Lulu Wang definitively created an unbelievable, unique heartfelt dramedy. The simplistic, subtle touches throughout resonate regardless of your cultural background. Trying to describe the film as a foreign film/dramedy does disservice despite the interwoven Chinese and English dialogue throughout. For fans of “foreign films” the beautiful blend of language won’t bother, but to the insensitive, insecure viewers might maintain a reluctance if they go into the theater with a myopic perspective. The complex characters defy language and borders beautifully creating a well-balanced film featuring humor and emotional torment.

Lulu Wang’s real life Nai Nai’s cancer diagnosis inspired the basis of the film. What would you do in that situation? Undertaking this entertaining, exceedingly difficult task transforms Billi from a fragile mild-mannered almost thirtysomething to a strong-minded individual. “The Farewell” fantastically captures the distinct, difficult dynamics of large families growing apart that come together for transformative tragedies and alter their lives. 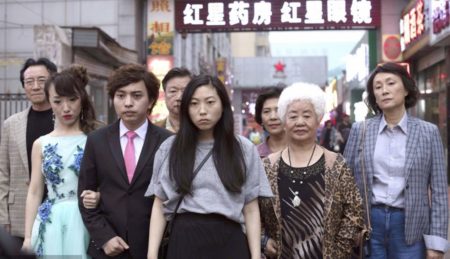 Although the initial premise permeates as a difficult dramatic experience, “The Farewell” figures a way to balance both comedy and drama decidedly for an exceptional experience. GREAT grandmas make an impact on your life and I was extremely lucky with mine. Throughout the film I couldn’t help but think of my Grandma Jo’s final years and that’s the beauty of magnificent movies. Transcendent, thought provoking films firmly stimulate your imagination and make an impact long after you leave the theater.

This funny, uplifting movie may be Awkwafina’s brilliant breakout, but the stupendous supporting ensemble makes movie magic come alive. Besides Tzi Ma (“Rush Hour,” “24” and “The Man in the High Castle”) I was unfamiliar with everyone else and that might have allowed their performances to shine even brighter. Diana Lin (Billi’s mom), Zhao Shuzhen (Nai Nai), Lu Hong (Little Nai Nai) and Jiang Yongbo (Haibin, the eldest son) equally entertain whenever they appear onscreen. Simple subtle mannerisms- microcosm moments if you will- play out naturally, especially with the wedding couple of Hao Hao (Chen Han) and his Japanese bride Aiko (Aoi Mizuhara) creating simple, sentimental and memorable moments. This electric ensemble cast compliments one another allowing each performer to shine and make immediate impressions with stunning sequences throughout. 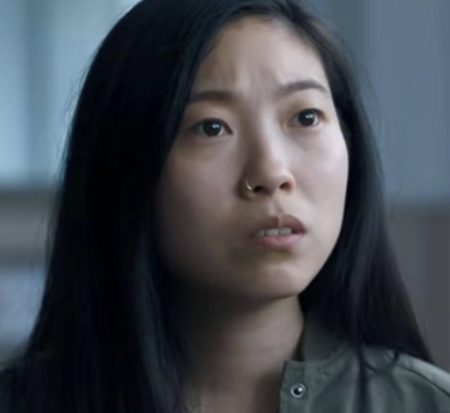 The emotional depth and vulnerability certainly connects with audiences all around the world. When the wedding occurs, the uncomfortable vulnerability we experience in emotional moments resonates on another level and you’re immediately plopped down into that intensity immediately. Lulu Wang’s wonderful entertaining, emotionally charged “The Farewell” forges another awesome, sensational summer film. Easily one of the year’s best, brilliant films and a Top 10 contender!