New and Notable With the Olympics in full swing, premieres are on the quiet side this week, but schedules rev back up next week. Which is not to say that there aren’t a few things of note…

Jimmy Fallon begins his reign as the new host of the Tonight Show starting on Monday. Let’s see what sort of vibe the show takes on with a new host and a move back to NY! 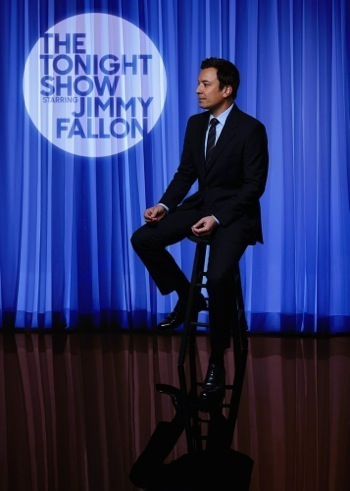 The CW is launching a new show, Star-Crossed, on Monday. From all descriptions it sounds like an updated Roswell, except everyone knows they are aliens. 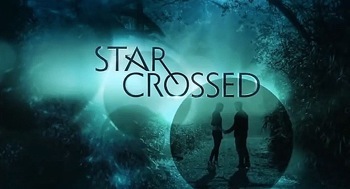 And for something darker, House of Cards’ second season will be available for bingeing starting Valentine’s Day. It seems like an odd day to release this show, but whatever. Let’s see if the new season holds up to the excellent first season! 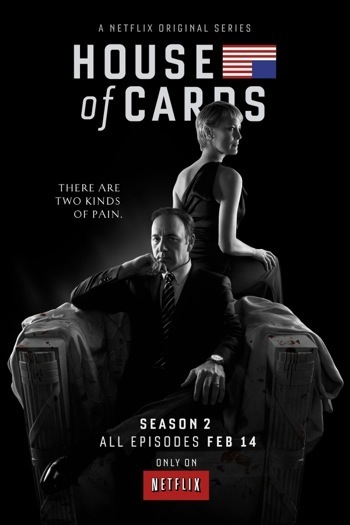 But just in case you’re missing some of your favorite NBC shows (due to the Olympics), head online for a couple of 4-part webisodes to manage your withdrawal symptoms. Check out NBC.com, Hulu or You Tube for the webisodes for Chicago Fire (available now), Grimm (starting Friday), Parenthood (check tomorrow) and Parks and Recreation (beginning next Thursday).

And speaking of dealing with withdrawal, Game of Thrones season three is available on DVD/Blu Ray next week. This will give you a few weeks to re-watch (and recover!) before the new season starts in April. Don’t forget to re-watch Game of Thrones – Ice and Fire: A Foreshadowing, a short little teaser for season 4.

Health check! I’ve been having so much fun keeping you guys on top of how all your favorite shows are doing that Mike wants to join in. From now on, he’ll be the death dealer and will keep you guys up to date on the TV obituaries.

But stop your shows before they get to that state! We’re in the last 2 weeks of February sweeps which is when TV show ratings are particularly important in determining advertising rates and thus, the fate of your favorite shows! Here’s an updated health check on where some of the show stand and who needs the most help. 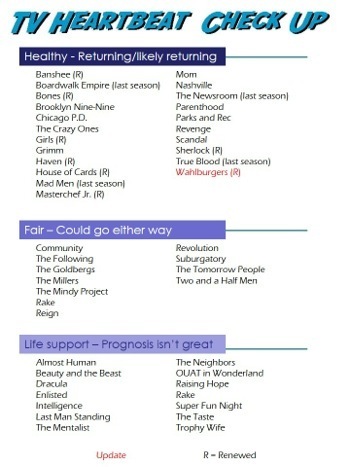 In addition to overnight ratings, networks look at other factors to help determine fates including buzz, momentum, expense, success of new shows and a whole bunch of factors. As viewers, we can make sure we watch our favorite shows and soon (if you watch it on your DVR a week later, it doesn’t count). Also, social media helps to demonstrate buzz and passion for a series so getting shows to trend through twitter and TV tag and other outlets helps to demonstrate that. Time is ticking for some shows so get out there!

BTW, if you’re wondering about the fate of White Collar, you’re not alone. While the ratings are still strong, the next season will probably be its last due cost, stories, etc… The USA network is trying to figure out if the show will get a full season, short season or a movie to wrap up the story after the big cliffhanger. Hopefully this will be resolved soon as the show usually starts production now and everyone is on hold. 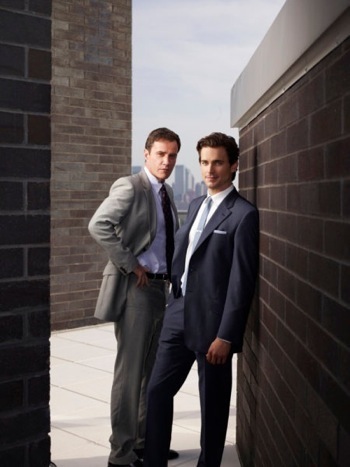 Crystal Ball There’s a mad scramble in TV land as networks are figuring out what shows COULD be on the fall schedule. Over the next couple of months, they’ll produce pilot episodes for a whole bunch of potential shows and then they’ll narrow down the list in May. So there’s a lot of noise right now, but here at TV Heartbeat, we’re going to give you a heads up on the shows which are already locked/extremely likely to show up in the summer and fall – notice some themes?

With DC Comic’s success with Smallville and Arrow, several more shows are going into production. We’ve already had a peak at The Flash thanks to his appearance on Arrow. He’ll have more company from the world of DC with Gotham – a new series which focuses on a pre-Commissioner Jim Gordon. He’ll be played by Ben McKenzie (no stranger to staring in a TV series named after a location) who previously played Batman/Bruce Wayne in the animated film Batman: Year One. Gotham will feature occasional appearances by a 10 year old Bruce Wayne, Oswald Cobblepot (Robin Lord Taylor will be playing the future Penguin), Alfred (Sean Pertwee) and Barbara Kean, the fiancée of Jim Gordon (played by Erin Richards). Clearly there’s going to be some twists on normal Batman lore as Alfred is now an ex-Marine and Barbara Gordon was traditionally Batgirl and Jim Gordon’s daughter – not his fiancée. 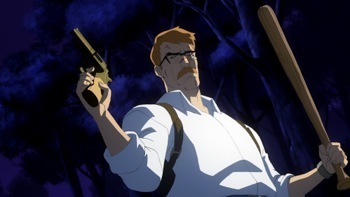 The Transporter is making his way to TV! This version will feature Chris Vance (not Jason Statham) as Frank Martin – a professional “transporter” of special people or cargo. TNT is picking up the series which has already earned a second season abroad. 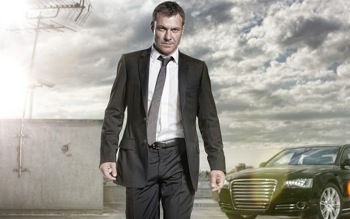 Ever wonder what happened to Elizabeth Bennet and Mr. Darcy after the wedding? We’ll get one author’s take on this since PBS is adapting PD James’ book Death Comes to Pemberley. Death Comes to Pemberley continues the story of Pride and Prejudice with a bit of murder and mayhem (the way Jane Austen always intended it, I’m sure!). The series will star Matthew Rhys (Mr. Darcy), Anna Maxwell Martin (Elizabeth Bennet), Matthew Goode of Watchmen fame (George Wickham) and the current Doctor Who companion Jenna-Louise Coleman (Lydia Wickham). 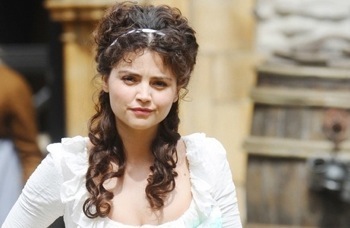 There will also be familiar faces with Ryan Phillippe as a murder suspect in Secrets and Lies. Comedians Martin Short and Craig Robinson will be getting their own TV shows as well. 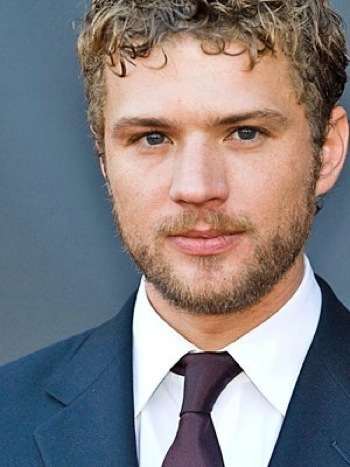 Great minds behind the scenes

After the success of Breaking Bad, Vince Gilligan is back with a show that he first pitched over a decade ago. Battle Creek will be a detective story but I’m guessing it’s not your normal procedural.

David O Russell is going to the small screen with Downton Abbey at the country club. Tina Fey is producing two new series with one starring Margaret Cho and another staring Ellie Kemper. Oscar nominee Lee Daniels is working with Emmy-winner Danny Strong on a new series called Empire which focuses on the world of Hip Hop. Lastly, Steven Spielberg is producing Red Band Society, the tale of teenagers who basically spend their life living in hospitals.

Spinoffs! Because you don’t really have sequels in TV…

How I Met Your Mother is getting a gender flip with a new cast and “new voice” in How I Met Your Dad. Indie fave Greta Gerwig is going mainstream (Ha!) and will not only star, but will also produce. 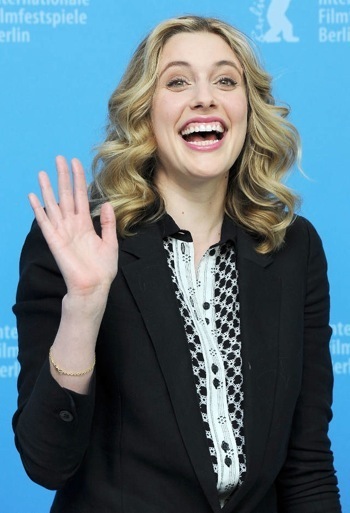 A two-part NCIS episode in May will help launch its latest spin off – NCIS: New Orleans which will star Scott Bakula, Zoe McLellan, CCH Pounder and Lucas Black. 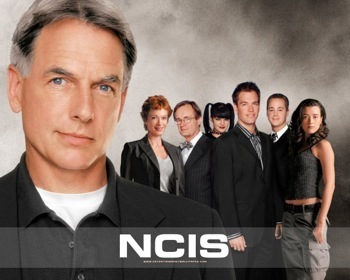 Supernatural will also launch its spinoff with an episode this May. Supernatural: Tribes will be less of a road show and focus on the oddities in Chicago. Guess I should stock up on salt… 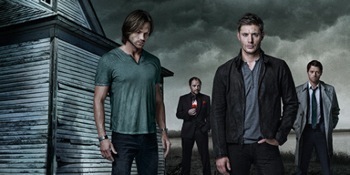 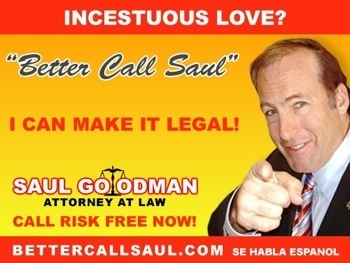 Whew! Yeah, there are lots of other shows that may or may not make the cut so I’ll chat more about that when things are more settled.