Timelines… They are one of the staples of superhero and science fiction films and television series. Go back in time, reverse a wrong and the rest of history and humanity could possibly be in peril. We’re seen it countless times and shockingly for the most part it’s always effective.

The CW has a couple time twisty series on the air right now, but one of their series took time travel to a new level. The Flash: The Complete Third Season is out now on Blu-ray and this season the ramifications of time travel resonate and reverberate. Last season The Flash AKA Barry Allen (Grant Gustin) went back in time to save his mother only to create a new timeline of events and Flashpoint. 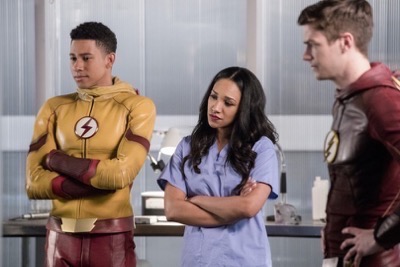 Numerous details about Barry and his friends were changed which early on caused a rift between all the team members. Then the real menace is Speed God Savitar (Tobin Bell). He shows Barry a future where he would end up killing Iris (Candice Patton) and so Team Flash works to alter time and make sure that Iris lives while Getting rid of Savitar for good. 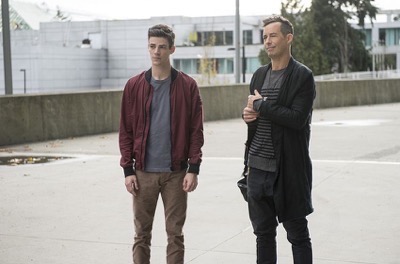 It’s a solid season but the series got so dark it was a little jarring. Generally speaking out of all The CW superhero shows, The Flash has been on the lighter side of things. Here, the series got very heavy which did weigh it down some. Personally, I thought the darker tone was fine for a while, by the middle to almost end I really was hoping that the lighter more fun Flash would come back. It’s tough when you have Arrow which is dark and The Flash which should have been its counterpoint go the same route. 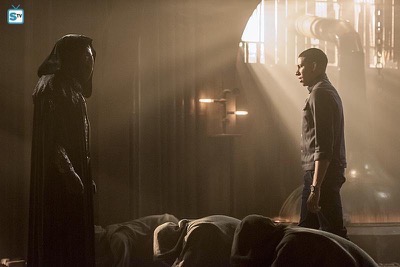 I’m hoping next season we can see a return to the lighter side of things and get back on track a little bit more. I’m not saying I didn’t enjoy the season, a darker Barry Allen is a fun thing to play with, but like with eating too much ice cream, you don’t want to stay there too long because brain freeze can set in.

The Flash: The Complete Third Season arrives on Blu-ray in a fine transfer thanks to Warner Bros home video. The transfer is superb and it’s leaps and bounds better than the broadcast version. In fact, seeing the series on Blu-ray I enjoyed it so much more, because of the caliber of the transfer. Fine details were present and there was little to no fallout during the darker scenes this season. 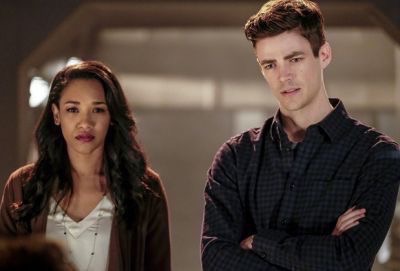 Disc 1 contains Villain School: The Flash Rogues – A look at the bid bad’s of the Flash and how they get worse every season.

There is also one deleted scene.

Disc 2 contains Allied: The Invasion Complex: This looks at the 4 night CW crossover from The Flash’s point of view.

There are also three deleted scenes.

Disc 4 contains The Flash: 2016 Comic-Con Panel – A look at the SDCC panel without having to wait in line overnight, A Flash In Time: Time Travel In The Flash Universe – Which focuses on the timelines and time travel, and A Conversation with Andrew Kreisberg and Kevin Smith – This is the same special feature on Season two of Supergirl with Kevin Smith talking about the episodes he directed.

There are also two deleted scenes and a gag reel. 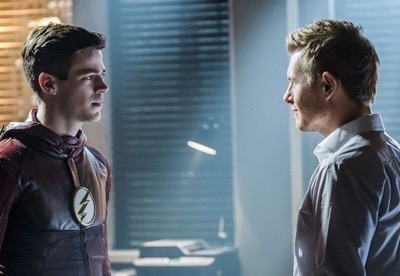 Overall, even if the third season of The Flash wasn’t as good as the first two, it’s still a great watch and very entertaining. The cast has really jelled and knows their characters inside and out. It’s loaded with extras which is nice and the picture upgrade is worth the price of the Blu-ray in and of itself!

The Flash: The Complete Third Season is out now on Blu-ray!