Home / FANBOY FAIL! • Fanboying! • Game of Thrones • Movie Premieres / The Game Of Thrones World Premiere Debacle! Or When A Studio Says Doing Press Is More Important Than The Fans! Ouch!

Today i know a lot of people here in Los Angeles have been waiting for… It’s the Game Of Thrones Premiere! The entire cast is supposed to be here and I do mean ENTIRE cast, like 27 people, Starks, Lannisters, random soldiers… It’s pretty exciting I have to tell you.

Erica flew in from Chicago, Scotty’s here, The Other Mike, Billy Beer, etc… Man, I think a lot of the collector’s are out for this one. It’s the first premiere that HBO has had for Game of Thrones so a lot of fans are super stoked to see the cast live and in person.

I arrived and had a pretty good spot thanks to The Other Mike and Billy Beer. I don’t want to tell you when they got here. Let’s just leave it at….Early…. like EARLY! 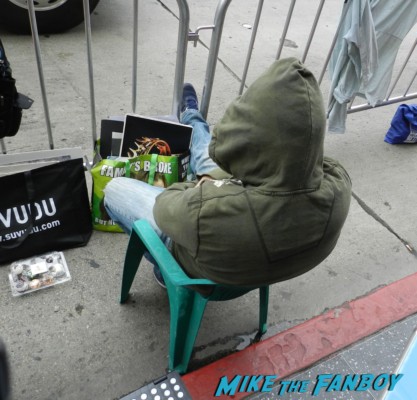 4:11 p.m. – It’s a normal movie premiere set up for the Chinese Theater. Nothing terribly exciting. 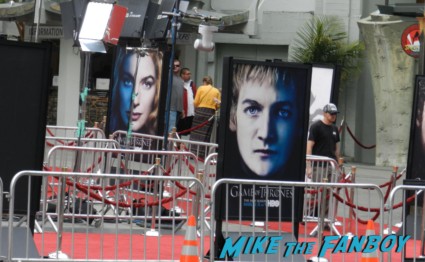 4:23 p.m. – All the people here have their Game of Thrones mini posters, posters, and all kinds of fun memorabilia.

4:38 p.m. – OMG A seriously unfortunate Chewbacca is walking by us now. Oh, Hollywood Blvd. It’s like someone skinned the real Chewbacca and has sewn together a Chewbacca skin suit. Seriously, it’s that bad. 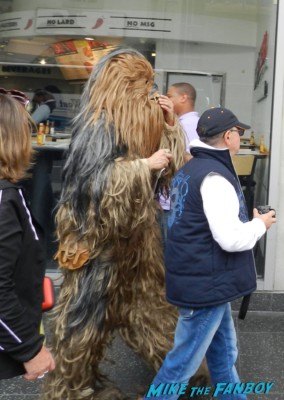 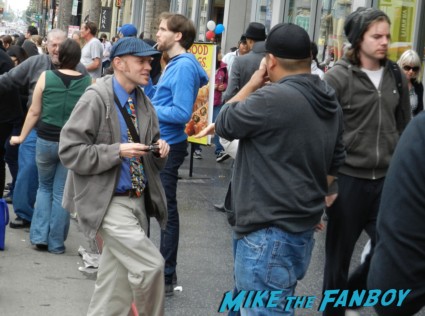 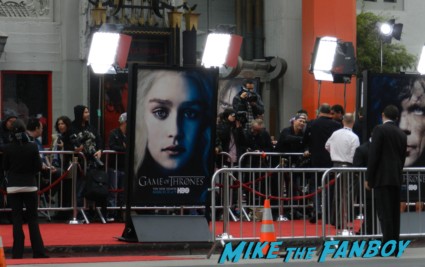 5:45 p.m. – The arrivals are just about to start… Oh my gosh there’s actually a drop. Damn, I don’t even feel prepared. It’s Sibel Kekilli. We all yell for her and she waves.

5:47 p.m. – HBO has one of the nicest publicists around. And she is talking to Sibel Kekilli. The publicist is crossing the street so we’re assuming that she is going to give us her run down. Instead she says, “Everyone is really busy with press and won’t be coming over to sign autographs or meet the fans.” 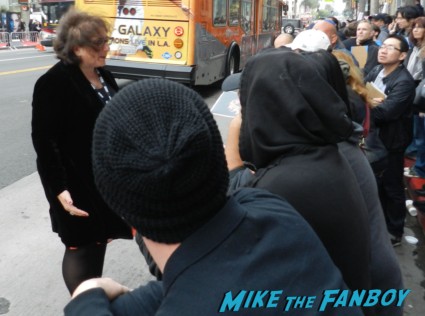 I think my heart just dropped. I at first thought she was kidding. I mean seriously?

She went on to say, “Everyone has a lot of press to do and it would take an hour and a half to sign for everyone here.”

Honestly, I’ve seen Eva Longoria sign a line just under this in 30 seconds but fine, whatever, it might take five minutes.

I’m just like, I can’t believe that someone from the network just basically said at a premiere where it’s supposed to be about the fans and yes also press but still about the fans, I mean come on.

And while the HBO publicist was really nice about it, when someone asked if we can still call for them, she said, “You can try, but I’m not letting them come over.”

I felt like packing it in and going home.

Sure enough no one came over… and I do mean no one.

The thing that really sucks is, for fans this is the only opportunity to see some of these people. Now, I can probably find a few events here and there but for the regular common fan, this is it. So, I know judging from the people here and what they are saying, it really is upsetting especially when you have taken the time out of a workday to support a show you love.

I have some pics from arrivals from four lanes of traffic so they are awesome! LOL…

Check them out below. 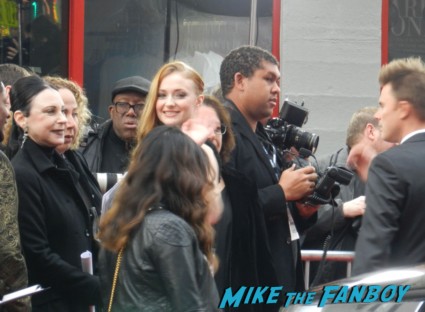 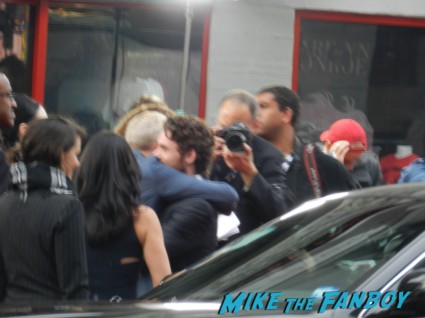 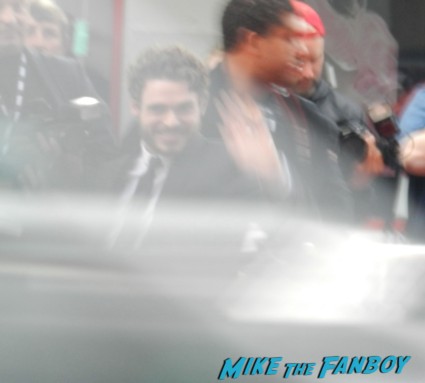 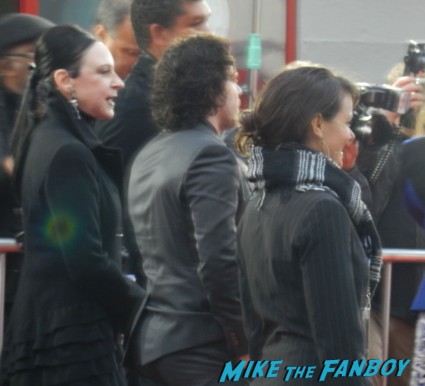 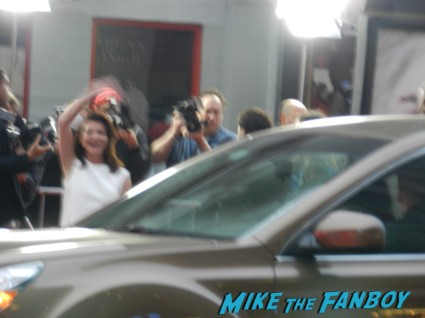 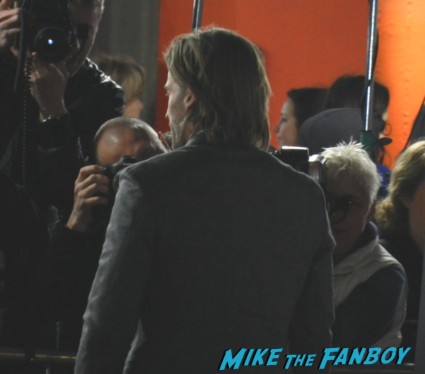 We did decide to stay for departures and the after party and I’ll get that report up ASAP.

For their treatment of fans at the Game Of Thrones premiere, I’m awarding HBO a really Angry Theo Award….. Harrumph!