Stan The Man Lee was on hand to accept his first annual Geekie Award at the Avalon in Hollywood.

The Geekie Award supports and celebrates indie artists, filmmakers and creators. This year a whole host of people showed up at the event including the cast of Freaks and Geeks, Seth Green, and more!

Check out all the info and photos below!

Thunderous applause echoed throughout The Avalon Hollywood as Stan Lee accepted his Lifetime Achievement Award, presented to him by Seth Green, at the inaugural Geekie Awards.  The biggest surprise came when Stan ended up singing his very own Ode to Geeks (in the tune of “Yankee Doodle”).  There were many surprise awards given to kick off the show, such as “Freaks & Geeks” alumns, Samm Levine, Natasha Melnick, and Sarah Hagan, presenting the Geek of the Year award to Nathan Fillion.  Accepting on Fillion’s behalf, The People’s Nerd and Super Bowl commercial make-out king, Jesse Heiman, who gave his BEST Fillion impression.  Thrilling Adventure Hour’s, Marc Evan Jackson as Sparks Nevada…Marshall on Mars, presented the Geek Cred Award to the NASA JPL Mars Curiosity Rover team in attendance.  There was even a special performance by Iron Shield Arms, LLC, L.E.A.G.U.E. of Steam, Andre Meadows, and George Shaw.

And The Geekie went to: 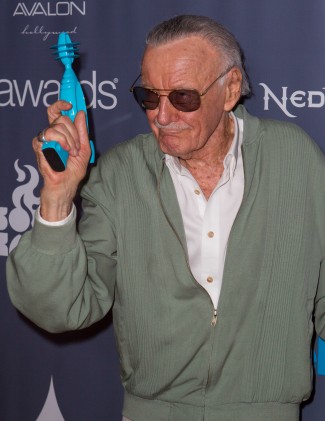 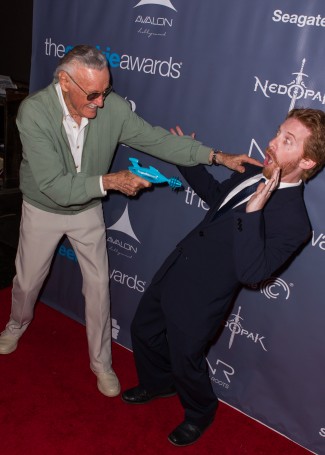 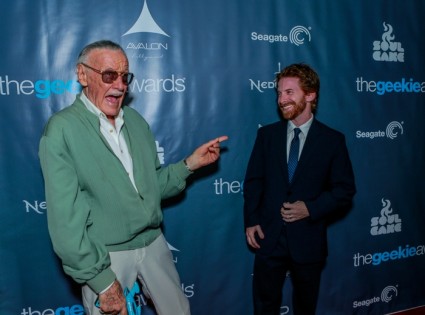 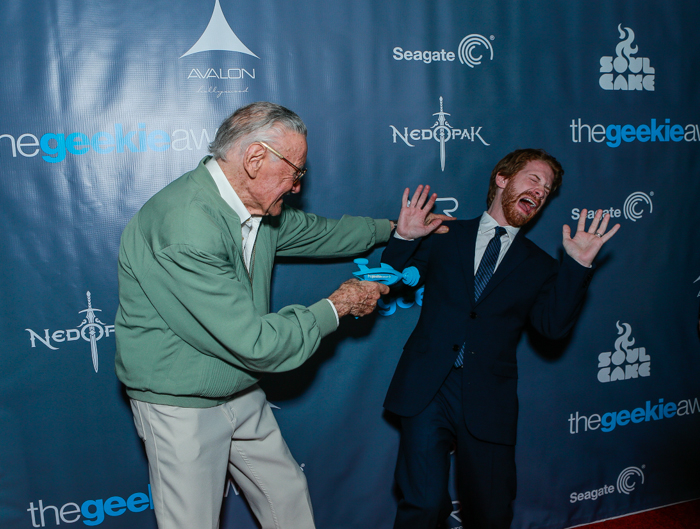 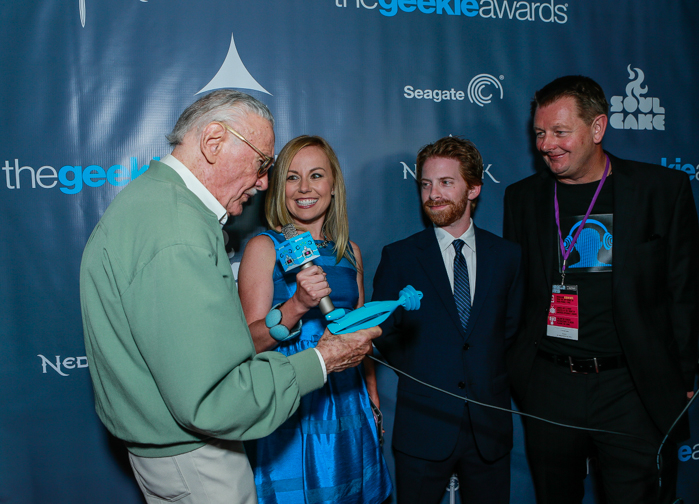 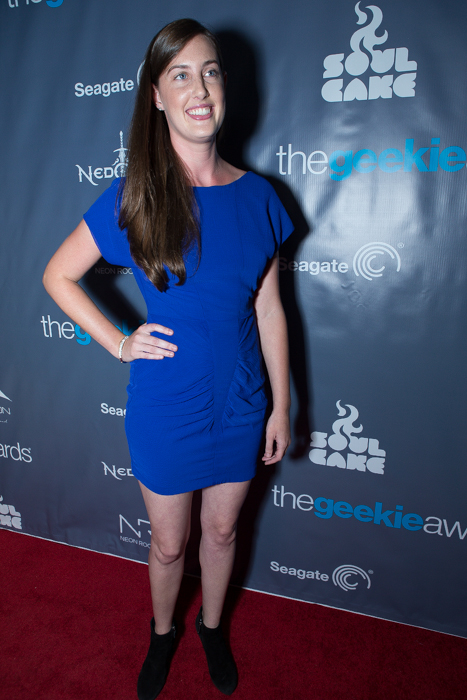 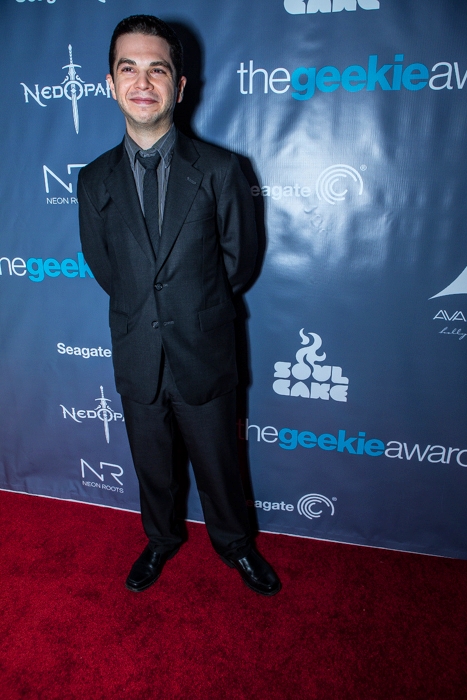 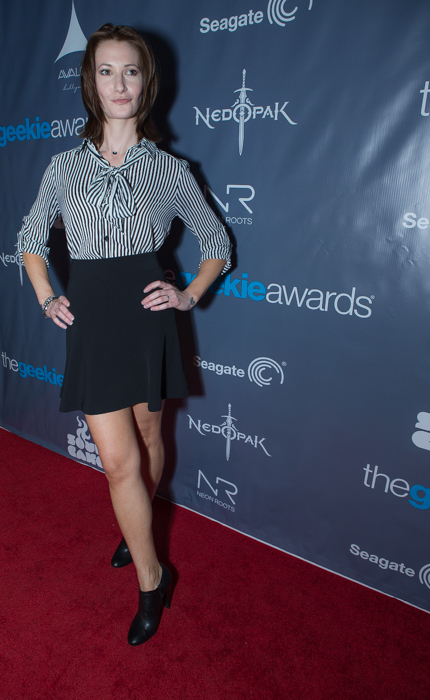 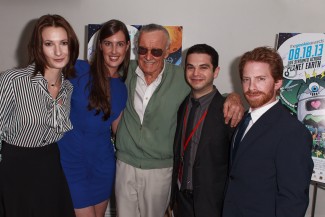 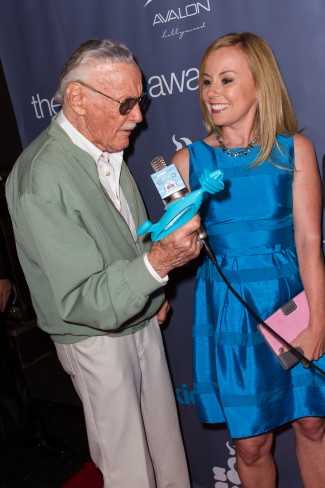 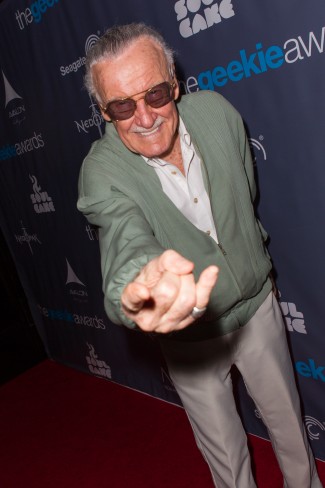 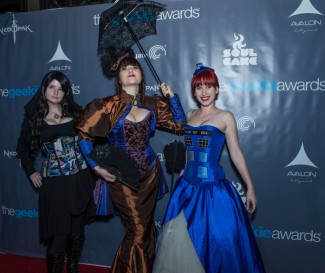 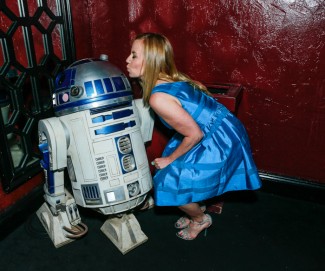 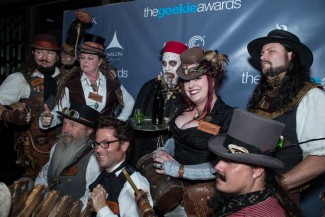 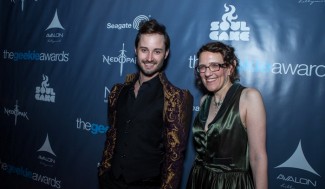 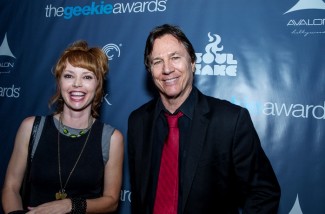 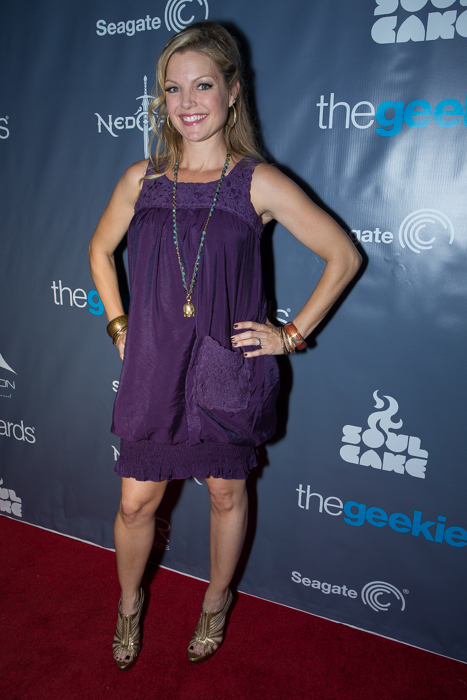