Home / NEWS / History Is Being Made This Labor Day Weekend! The Worst Reviewed Of All Time Is Being Released This Weekend! 2% Fresh On Rotten Tomatoes! Doh!

I think history was made this weekend… Serious, history!

This weekend the worst reviewed film in Rotten Tomatoes history opened in theaters. The WORST reviewed movie… Think about that for a second…. 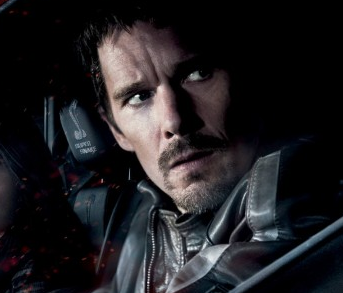 But the movie that opened this weekend… It got 2%… 2% that’s not just terrible it’s almost unwatchable!

Here are some choice select cuts from critics about this film…

“The damage to your brain while watching it is incalculable.”
Peter Travers – Rolling Stone

“Apparently paid by the word, Gomez infuses her never-ending word bubbles with all the emotion and gravitas of a tweet declaring her disdain for pumpkin-flavored lattes.”
Rob Hunter – Film School Rejects

“Selena Gomez is so laughably bad that Miley Cyrus twerking at the VMAs is only the second-most-awkward performance by a former Disney star this week.”
Kevin Carr – 7M Pictures

“If you’ve always wanted to see Ethan Hawke bicker with a teenage girl for 90 minutes, this is your chance.”
Eric Snider – www.ericsnider.com

“Even in the realm of really bad movies, Getaway is a special kind of awful.”
Kurt Loder – Reason Online

And I say damn… I’m totally renting this shit!

What are you going to see this holiday weekend?