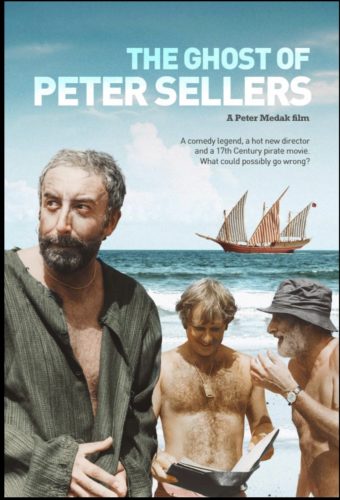 Would you ever revisit your worst nightmare? Acclaimed director Peter Medak meticulously attempts attacking his own worst demons and finally finds closure once in for all with “The Ghost of Peter Sellers.”

Coming off critical acclaim with “The Ruling Class,” director Peter Medak was on a roll when his friend Peter Sellers persuaded him to film the pirate comedy “Ghost in the Noonday Sun.” Unbeknownst to either one, their excruciating experiences would go down in history. Everyone wants to be a part of film history, but no one ever wants to be associated with one of the most troubled shoots of all-time. The disastrous, grueling “Ghost in the Noonday Sun” shoot sank almost everyone’s careers both physically and emotionally. In an almost cathartic experience, Medak dives deep into his psyche recounting the genius of Sellers and overcoming his demons by remembering his chaotic Cyprus shoot after nearly four decades later. 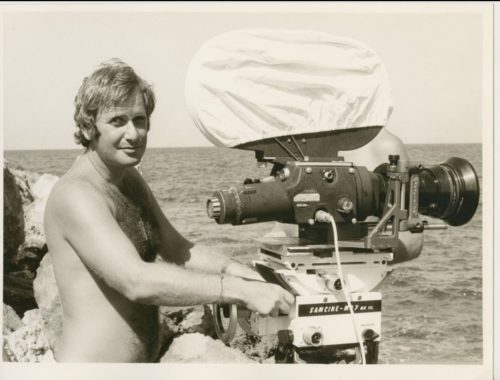 Thinking of troubled shoots you can’t help, but think of Francis Ford Coppola’s “Apocalypse Now” and the tumultuous troubleshoot Terry Gilliam faced filming his version of “Don Quixote.” In both cases, each excruciating shoots were well documented with unbelievable “making of” documentaries “Hearts of Darkness: A Filmmaker’s Apocalypse”  and “Lost in La Mancha” respectively. However, unlike those two, “The Ghost of Peter Sellers” stunningly explores the complicated crazy film shoot by the filmmakers themselves, albeit nearly 40 years later. As Peter Medak states, it was the most magnificent memory and a great opportunity he’s covered up for nearly 43 years.

At the time, Peter Sellers was one of the most incredibly, innovative  and influential individuals in the world. Seller’s influence and power were unparalleled when he was the greatest comic actor in the world. Despite collaborating and co-starring with comedian Spike Milligan, things went from bad to worse. Sellers’ prominent presence was felt wherever he went and even in clips, you see his power to draw you in effortlessly. As it’s mentioned in the film, Medak and Sellers were two catalysts of a nuclear bomb, which resulted in lost reputation and respect with Medak never fully recovering. 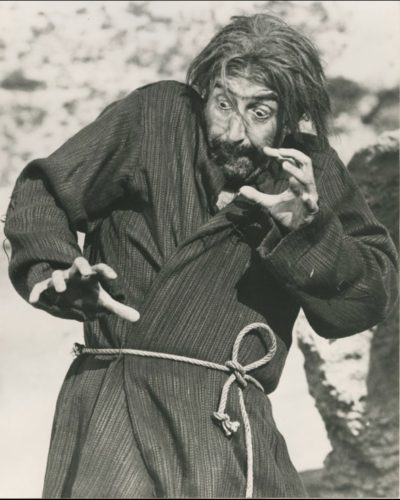 Medak miraculously resuscitates a wildly whacky part of his life and allows audiences members to relive his misery in a captivating, cathartic  and compelling documentary. No other filmmaker would even dream, let alone actually attempt digging deep into their own psyche and assess the most painful experience of their life on screen. Utilizing unearthed and long-buried archival materials and contemporary interviews, “The Ghost of Peter Sellers” brings back the nightmares and memories of one of the most infamous, forgotten films of all time.

Much like a pirate ship with treasure, the film and mythos of the film sunk without a trace until its own director decided to retrace his steps by digging it up once again. The resurgence revisiting troubled shoots like “The Death of Superman Lives,” “Jodorowsky’s Dune,” and “They’ll Love Me When I’m Dead” make this movie an amazing addition in great company. Combing the previously mentioned “making of” docs and the aforementioned ones, “The Ghost of Peter Sellers” is a brilliant, bold companion piece for fans of Sellers and those who appreciate movie history. From beginning to end, “The Ghost of Peter Sellers” is an engrossing entertaining movie you wish was longer.

Despite occasional awkward transitions during contemporary interviews, Medak makes the most out of a bad situation. Sellers was always a brilliant, yet difficult performer during productions, but took into another stratosphere while filming a pirate comedy on the island of Cyprus. Although not the primary focus of the film, Sellers’ larger than life persona looms over the filmmakers still to this day like a ghost and they will always be emotionally connected. For some this intrinsic, interesting documentary does disservice as a pathography- criticizing the dead,  while others will be impressed with this non-fiction narrative capturing a fun film footnote. Initially, it might have started as a therapeutic exercise for director Peter Medak, but nonetheless it results in a fun film examining a truly troubled and terrible film shoot worth discovering its rich history.