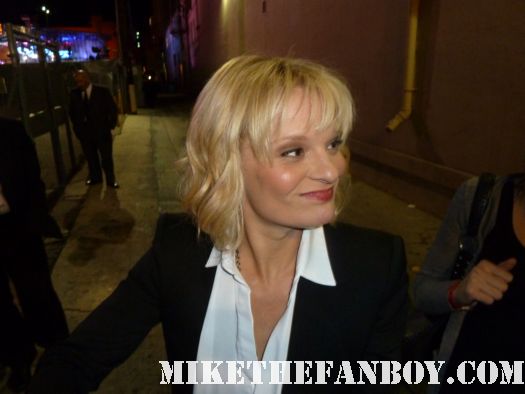 I was going to go to this, cause I have this super cool Raising Hope promo I really want signed by the cast. Sigh… But you just can’t make it to everything right? Ah well… Mike the Fanboy contributor Scotty was able to go and had an amazing experience with the star of the Goonies, Raising Hope, Parenthood and more. Check out his full recap of the night after the jump! And remember Goonies Never Say Die!

Martha Plimpton of “The Goonies” and “Raising Hope” Signs for Fans!
January 26, 2011

Since beginning my hobby of collecting autographs, I have been putting off starting movies with big casts. It takes a long time to get all the cast on one item, but I finally decided to begin one of my favorite 80’s films… “The Goonies.” Tonight, I heard that Martha Plimpton, who played the role of Stef, was making an appearance. I made my way down to the area where the talent arrive and leave from the stage door. I waited about an hour after arriving at the barricade. There are a few other fans. I have brought my old Goonies Laser Disc, which is still in mint condition. A couple of people have brought some items from her current hit show “Raising Hope.” Martha made her way out of the stage door and we all called to her. She happily made her way over to us and signed our items and posed for a few pictures. 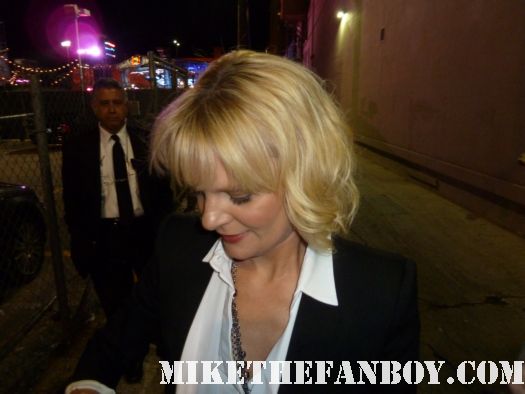 She was so NICE. It took just a few minutes of her time to make her fans happy. Thank you Martha for being so COOL!!! I wish other celebrities would give their fans the time Martha gave to us. 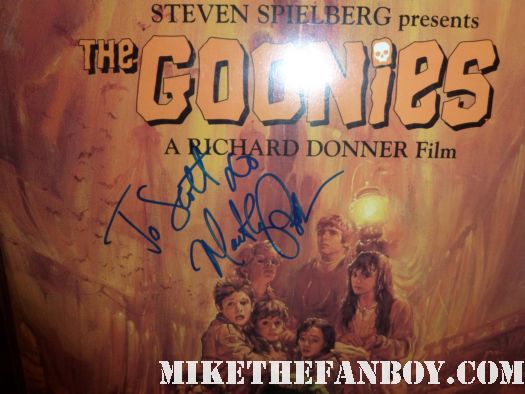