The 1980’s were perhaps the greatest decade of them all. Yes the clothes were cool, the hairstyles rad, and no day ended without playing hours of Atari. It was also the decade that introduced us to one of the single greatest films of all time- “The Goonies”.

I remember as a kid finding out that the movie had been mostly filmed in Astoria, Oregon which was only a couple hours from where I lived. The rumor going around school was that the pirate ship was a real ship, with real gold and was located in a secret cave near Astoria. And yes, there was an alleged map that would guide the lucky person to one-eyed Willie’s rich stuff. Ah to be a kid again!

For whatever reason, I didn’t visit the film locations until I was an adult. Seeing THE house in person was unreal. The exterior of the jail scene looked exactly as it did from the film, and we even found the spot where Chunk famously spills his milkshake. Sadly, we never found that cave, the gold, or one-eyed Willie. Maybe one day…

I’ve always wanted to have a “Goonies” signed photo- I’ve been fortunate enough to get Sean Astin, Martha Plimpton, and Director Richard Donner (as of 3 days ago TTM). 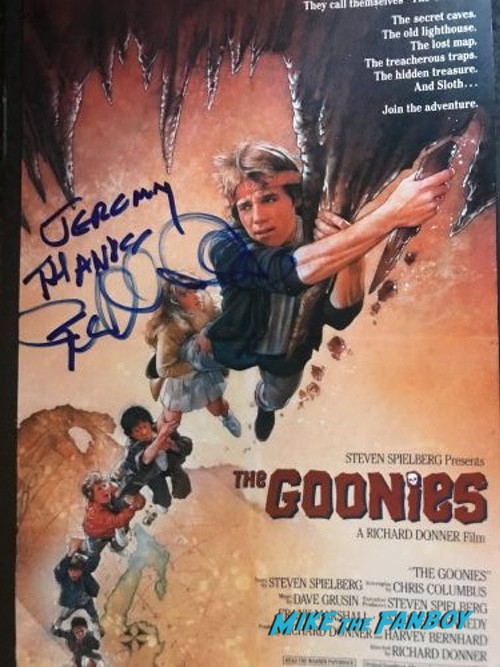 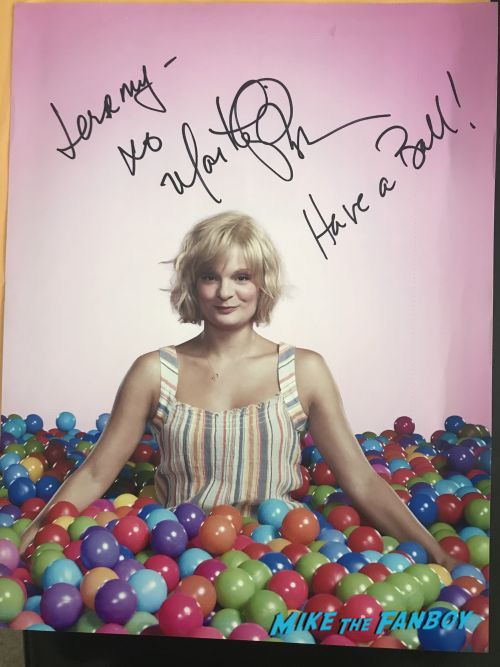 Are you ready to add to your “Goonies” collection? I hope so, because this week we have a special edition of TTM Try it Tuesday.

*He might be easier to get via a convention*