With the new trailer for The Handmaid’s Tale dropping, and looking amazing, I just had to do a Throwback Thurs to this event. It was one of my favorite times out and now especially, it’s so amazing to look back at a fun event like this.

How much do I love The Handmaid’s Tale? It’s such an amazing series, the best on television right now I would argue.

Plus, the cast is super sweet!

I was invited with Lisa-Lisa and Scotty D. to a special screening and reception with cast including:

The panel was interesting, but the moderator wasn’t the best. The cast really saved it though. 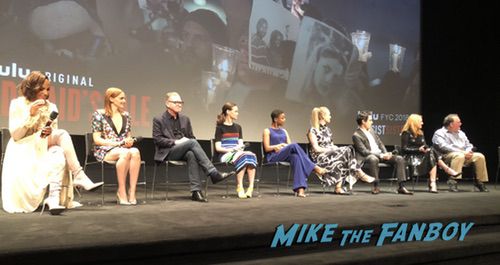 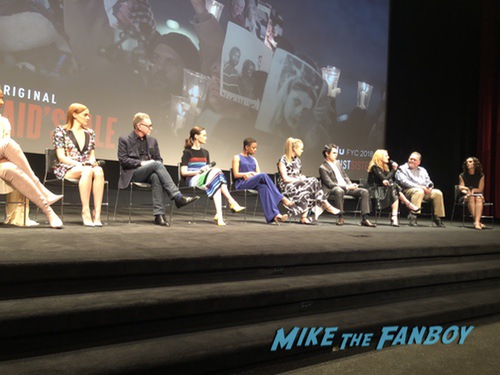 Elisabeth Moss, always interesting to hear speak, talked about the series and finding her character.

Check out the video below for more from the panel:

After the panel, the entire cast came down to the audience and signed. I mean everyone was so so sweet.

Yvonne Strahovski was so kind. She took photos with everyone and signed. So did Alexis Bledel.

Madeline Brewer had to leave and couldn’t stay but kept apologizing. She was really cute.

Elisabeth Moss was very nice and signed two things for me. I had a poster and a promo music box as well.

At the party, I was able to meet everyone and get photos with them with the exception of Alexis Bledel who I somehow missed. Doh!

Elisabeth Moss and I had a full on conversation and she was so nice as usual. She signed my second poster with a fun inscription. Heart her! 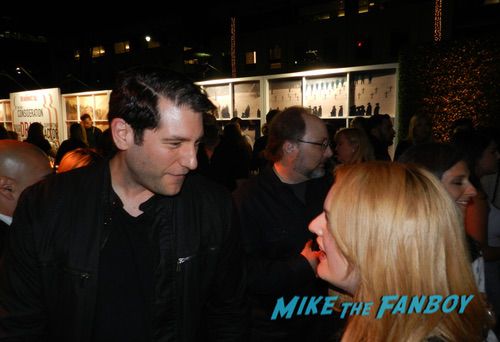 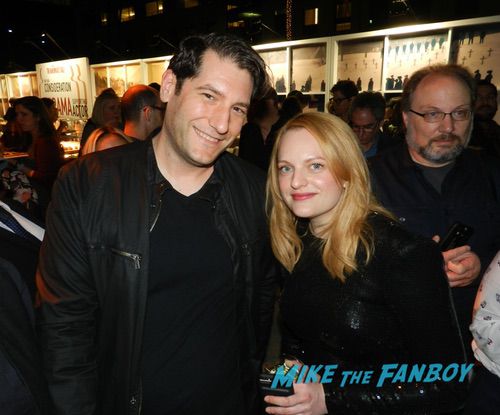 The party was off the hook and everyone was sooooo cool. It was pretty awesomely decorated. 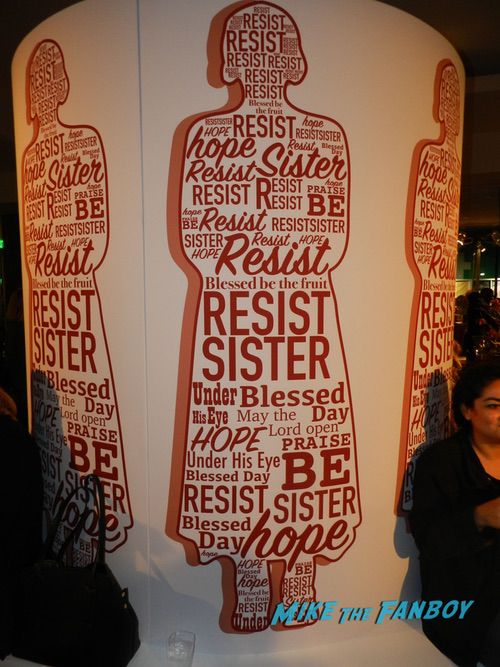 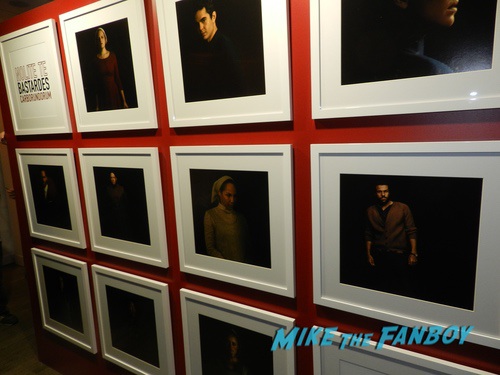 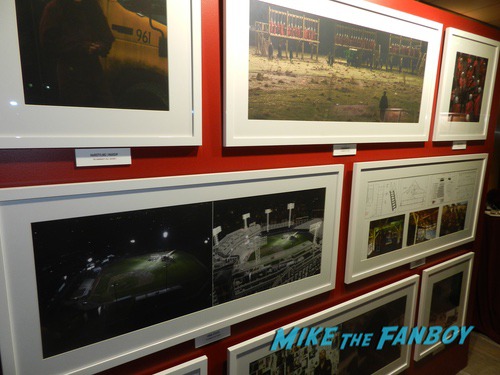 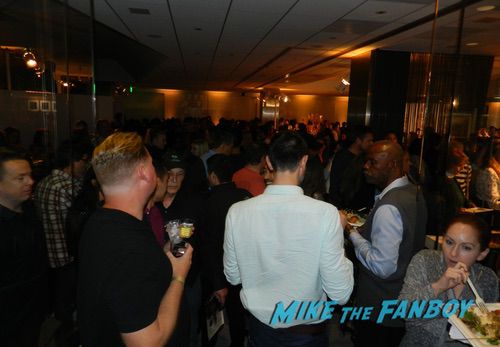 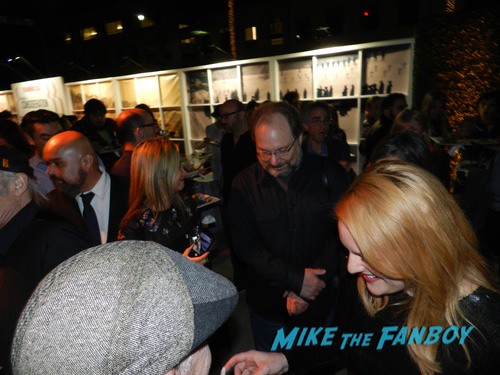 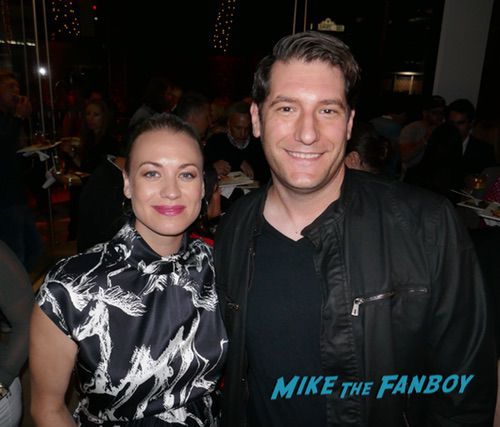 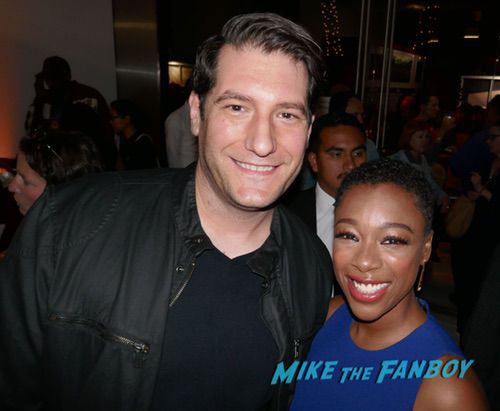 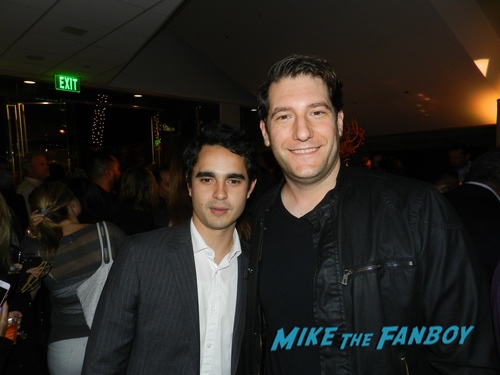 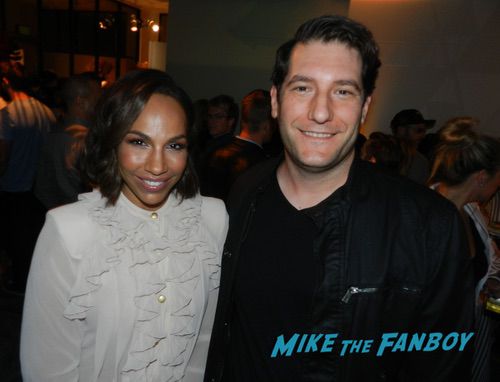 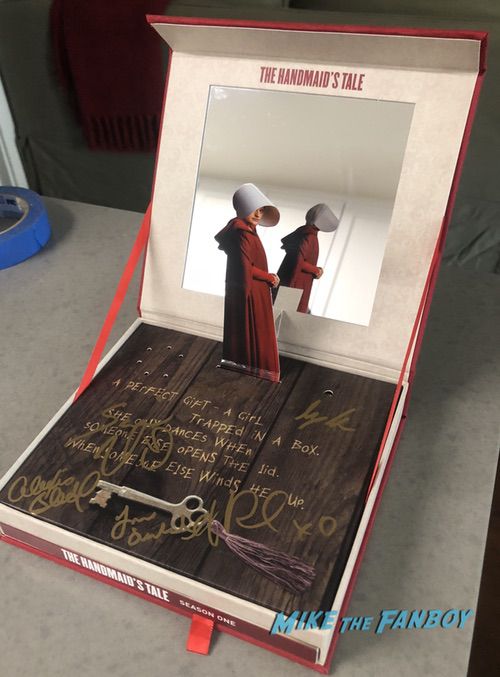 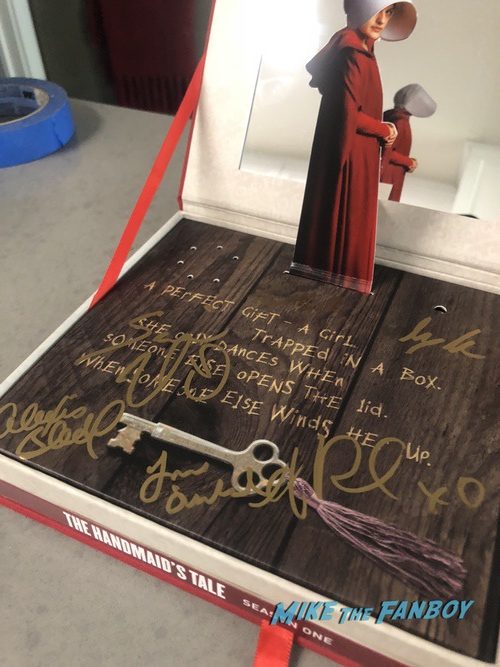 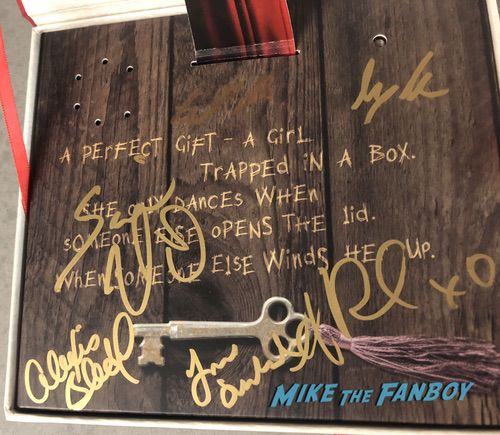 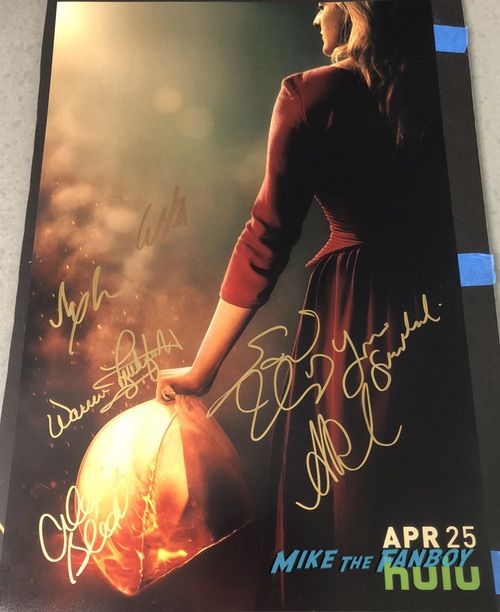 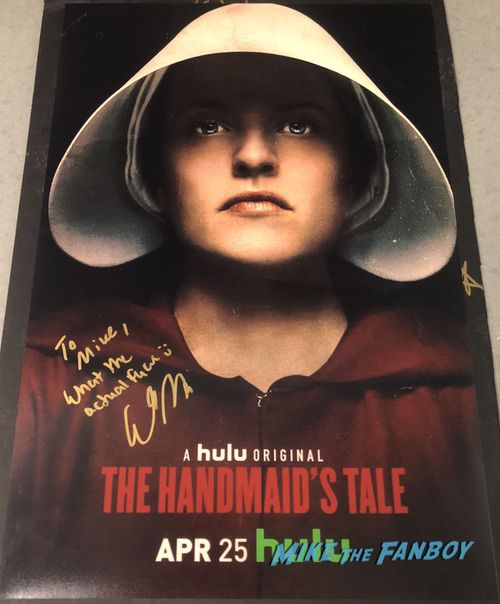 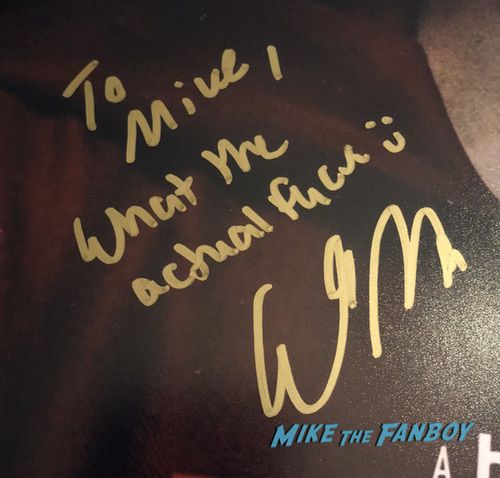