this season. I love it, it’s so compelling and Elisabeth Moss is amazing in it.

Last night we were treated to a special event with the cast and crew of the series. We watched the finale with a live orchestra doing the score, followed by a q and a with the cast. 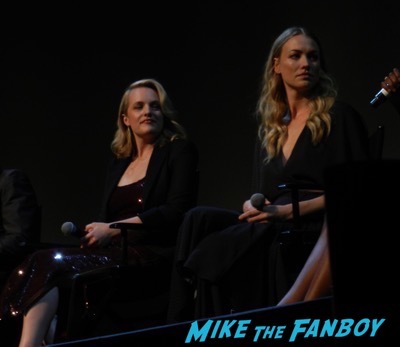 The conversation was lively and very interesting. In talking about the series the cast mentioned specific scenes and which ones were the most difficult to do. 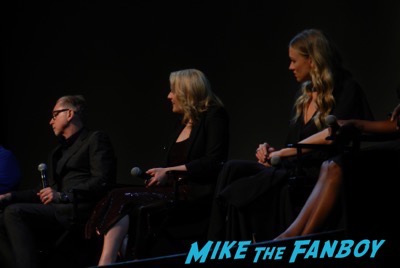 “We started with some meaty stuff really early.” Said Elisabeth Moss. “Learning about the possible death of my best friend and in that scene I found “her” I found that anger. That was early on.” 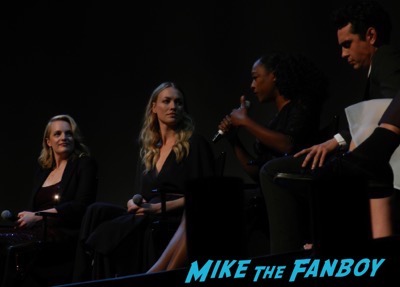 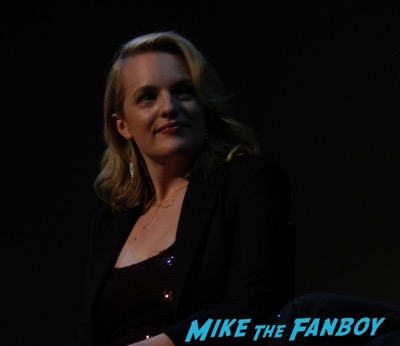 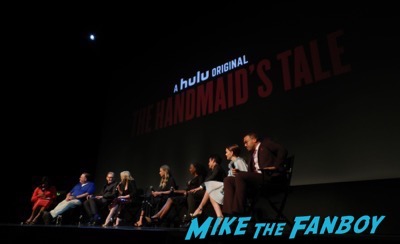 “The first ceremony scene we did and finding the emotional side.” Laughed Yvonne Strahovski, “Then there was a rage side of it that came out.”

There was a question about the world and how it related back to the series.

“The whole thing was a process and a journey. There was a lot of things constantly because my character was the creator of her own cage.” Stated Yvonne, “She was having emotions and things passed against her will. Her rights were stripped away from her.” 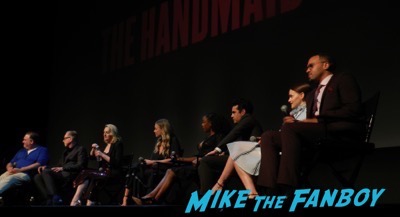 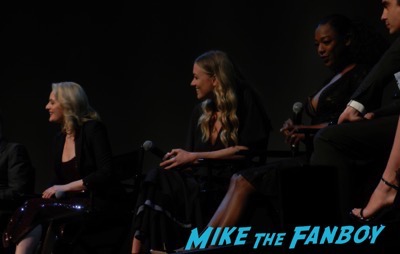 Talk turned to the book and being faithful to it.

“I read the book before but I always feel like I haven’t but my relationship to it is so much more personal.” Said Elisabeth Moss. “The dark humor is Margaret, that was something important for us to retain in the story and the show.”

After the panel, there was no way to approach the stage because of the orchestra pit.

We were able to meet some people who stopped briefly to say hi.

Madline Brewer was adorable and so happy to come by.

Elisabeth Moss was so cute. We all geeked out about the series and told her how much we loved it. She said, “You guys should go home now, it’s late!”

It was a fun night for sure! 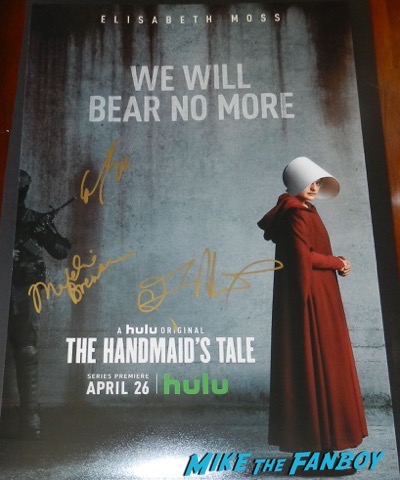 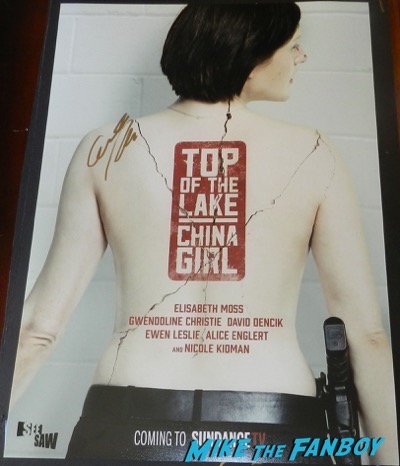